ITV show Britain’s Got Talent has seen hundreds of competitors grace the stage in recent weeks as it’s up to Amanda Holden, Simon Cowell, Alesha Dixon and David Walliams to choose which lucky performers make it through to the next stage of the competition. Last night’s show saw more budding acts hope to impress the panel but one act – House of Swag Kids – left the judges emotional after their incredible performance based on mental health saw them swiftly through to the next round.

Last night’s show marked the penultimate week of auditions from the ITV show as the competition continued to be whittled down.

With just one more week left, the judges are choosing the best of the best to progress further.

Dance group – House of Swag, from Ireland – performed an act inspired by mental health issues, wowing the judges and audience.

The act introduced themselves, revealing their youngest member, Maddison, was just six-years-old. 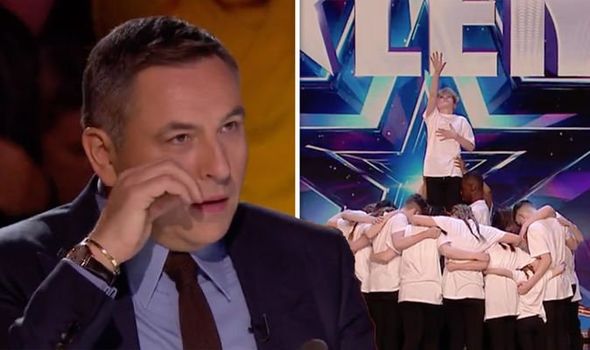 David asked the group what made them different from other dance groups who’ve graced the stage in the past, with them giving a profound answer.

One of the dancers in the group replied: “So we have a message based on, basically, positive mental health,” with David noting: “Wow, a very, very powerful message.”

The judge followed on the response, questioning: “Is there a particular reason you’ve taken on this message?”

Another member of the group answered: “Some of us have gone through a lot with mental health so it’s just an easy way to let it out when we couldn’t find the words.” 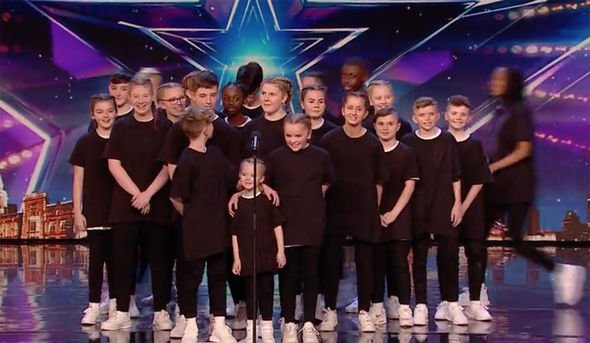 The group proceeded to perform a powerful routine, with one member of the troupe taking the reins to tell the story throughout, with a montage of songs in the background.

All the judges were full of praise for the dance squad, with David wiping tears from his face after the emotional performance.

He told the crew: “This is an issue people find very difficult to talk about how wonderful to bring it to the stage here today.

“It’s so brilliant to see it in the medium of dance, this is amazing, you’re shedding light on something very difficult.

She said: “There was a lot of flavour in there, I love the way you put the whole thing together with yourself, young man, at the front, telling the story, fantastic audition.”

Amanda added her heartfelt praise, telling the troupe: “Children listen to children, it’s a very strong message and I can see a lot of potential.”

It was time for Simon to express his remarks on the performance, saying: “You told the story really cleverly.

“What we’re seeing this year is younger people coming on and actually educating us, it was amazing – it’s got the passion,” he added, whilst pumping his fist in the air.

All four judges swiftly sent them through as Ant and Dec congratulated them backstage.

After they left, Alesha admitted: “I don’t think we’ve ever had dancers cover mental health,” with David replying: “I know, they didn’t it brilliantly.”

Will the group manage to go all the way and take home the crown this year?

Britain’s Got Talent continues next Saturday at 8pm on ITV.