The model friends stepped out after quarantining together at the start of the coronavirus crisis. 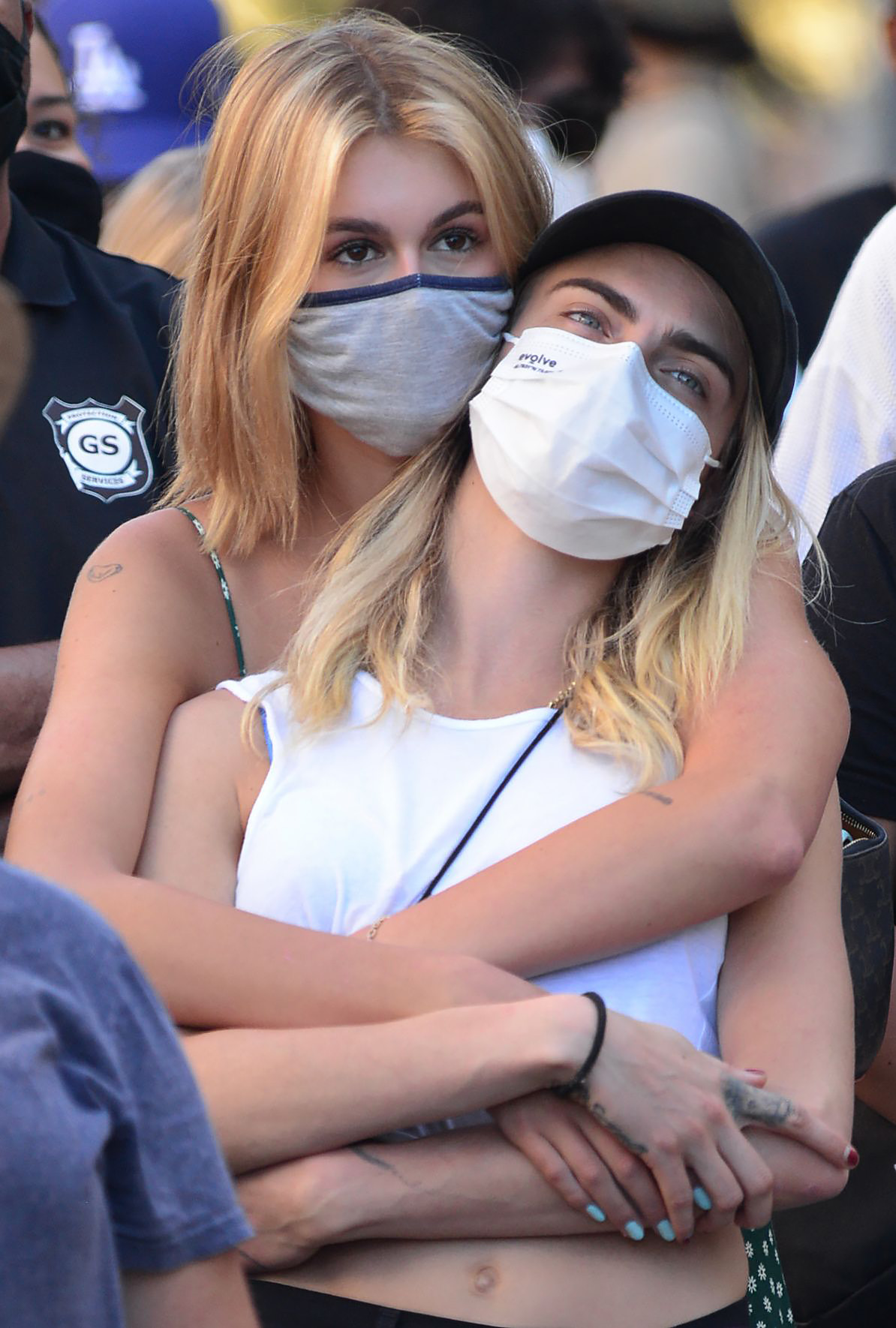 Cara, 27, and 18-year-old Kaia wore protective face masks as they took part in the continued protest against police brutality towards black people.

Staying close to one another at all times, at one point Cara protectively put her hands on Kaia's waist.

At other times, Kaia put her arms around her friend as they stood in the crowd outside LA's Hall of Justice and they held hands as they walked along.

Cara was dressed down in a pair of denim shorts, a cropped white top and a cap with the words 'inspire or retire' written across it. 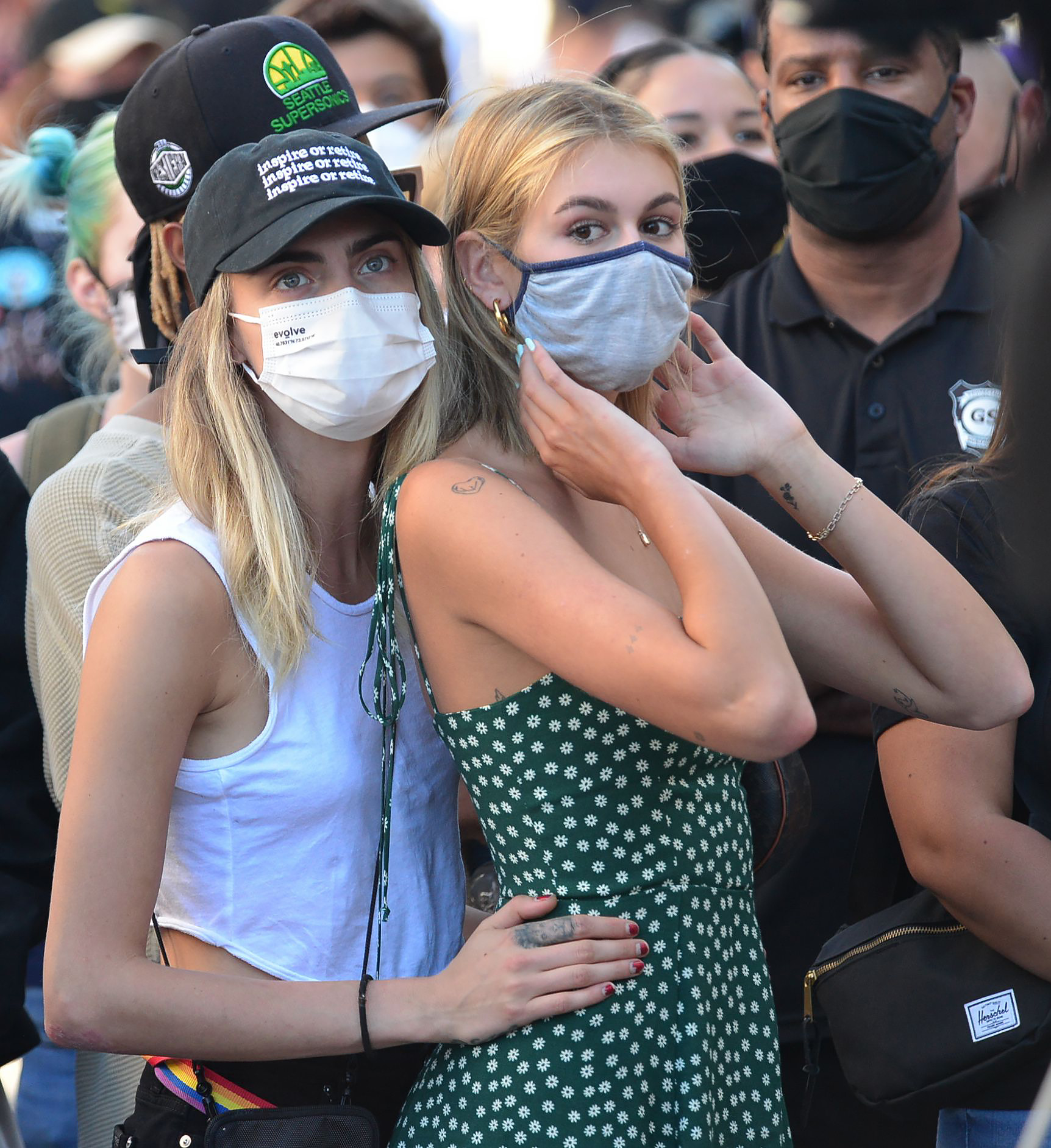 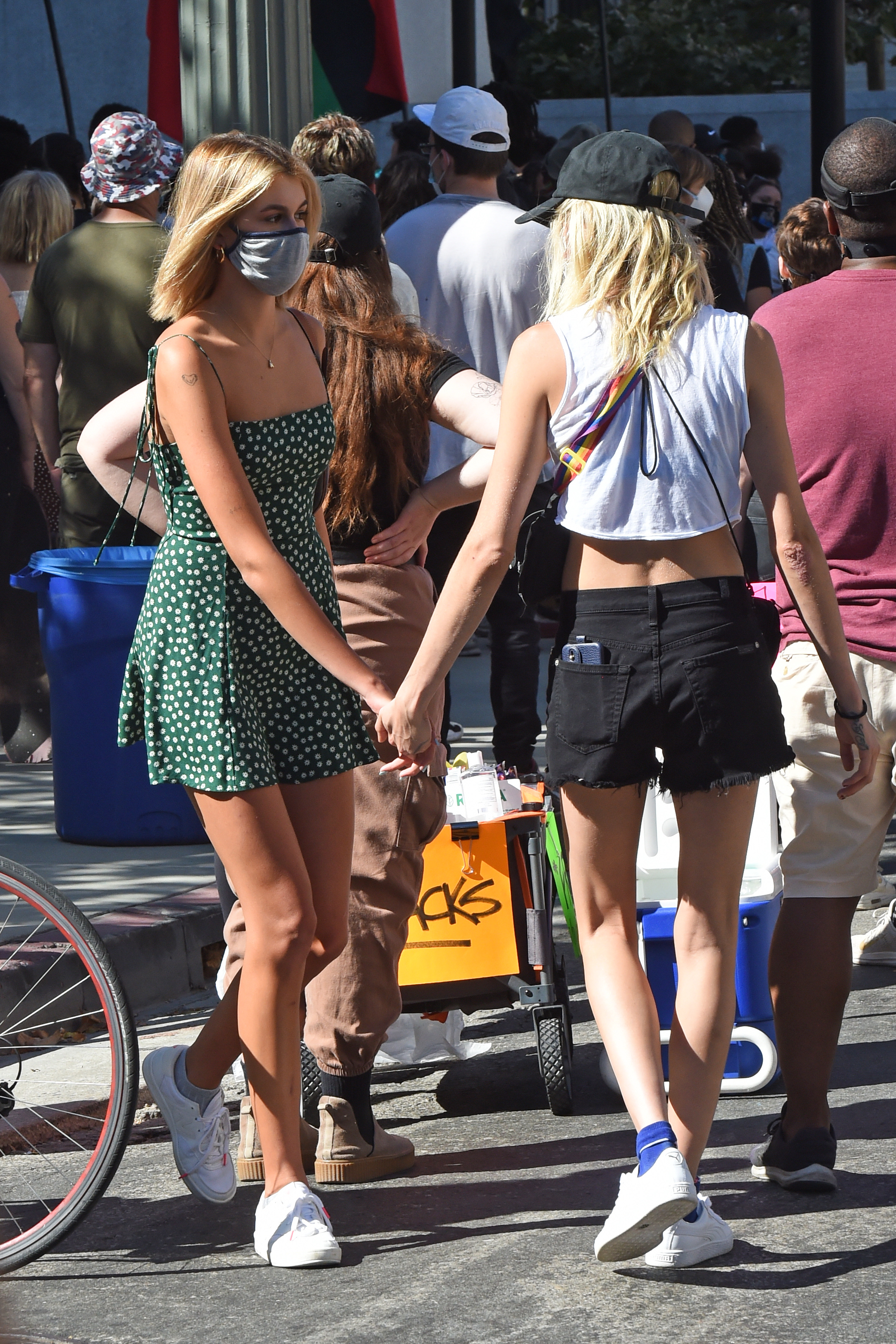 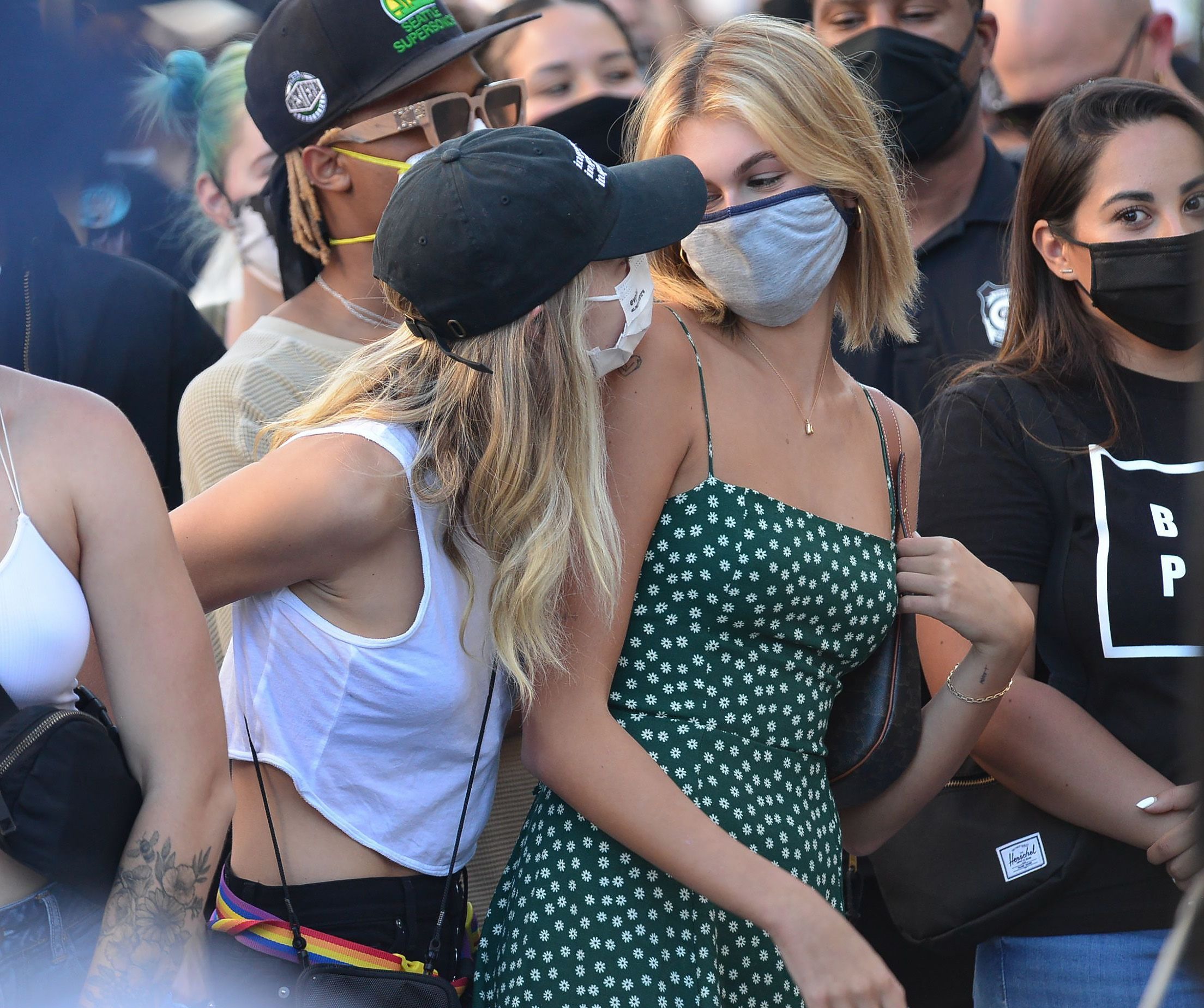 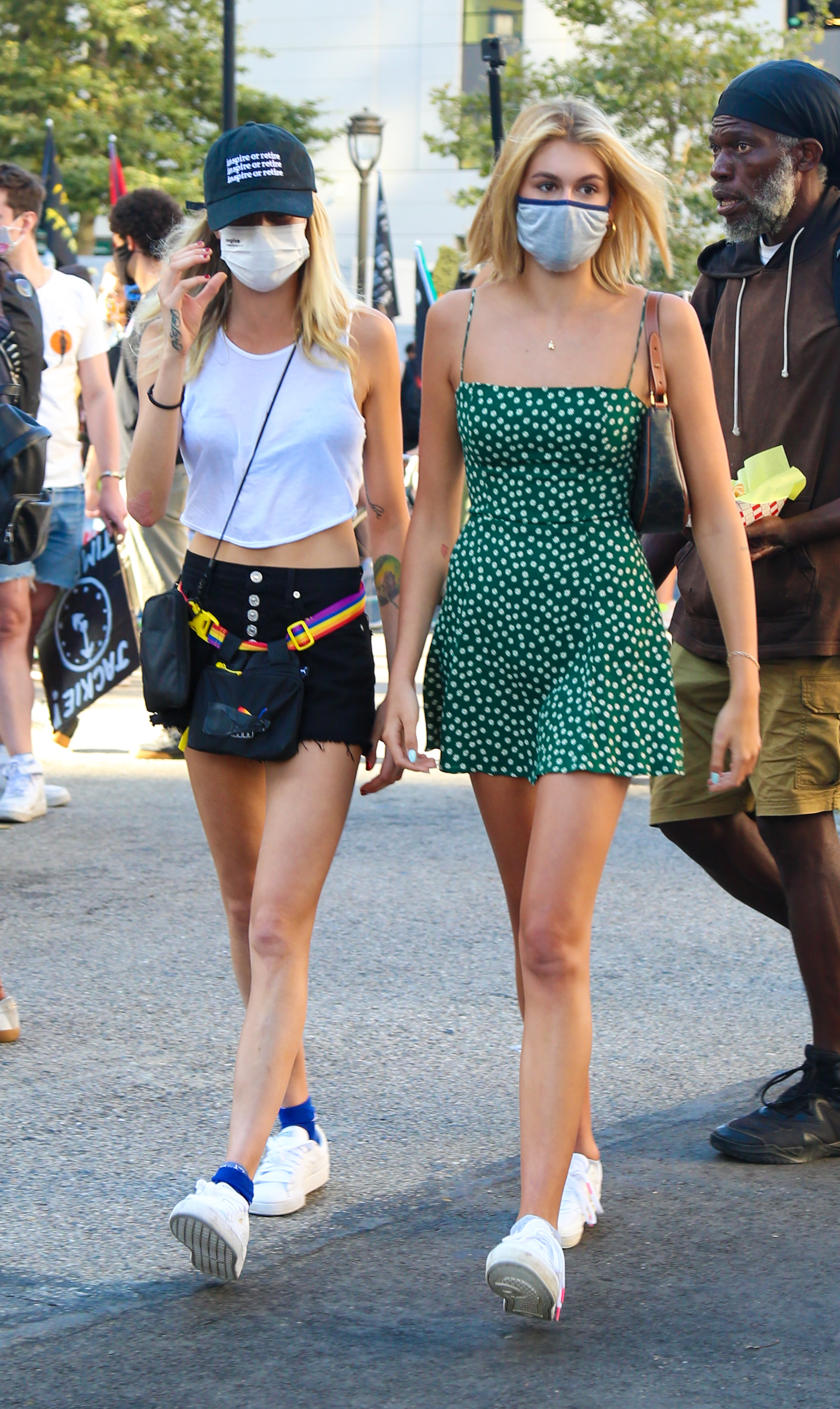 She completed her outfit with a mini bag held around her waist with a rainbow coloured strap.

While Kaia, who is the daughter of supermodel Cindy Crawford, wore a short, strappy green dress paired with white trainers.

Making their voices heard at the gathering, the friends joined in as others symbolically raised their fists.

The two blondes looked happy in one another's company as they leaned in to chat to one another.

Cara has been self-isolating in Los Angeles with pals including Kaia as well as sisters Margaret and Rainey Qualley. 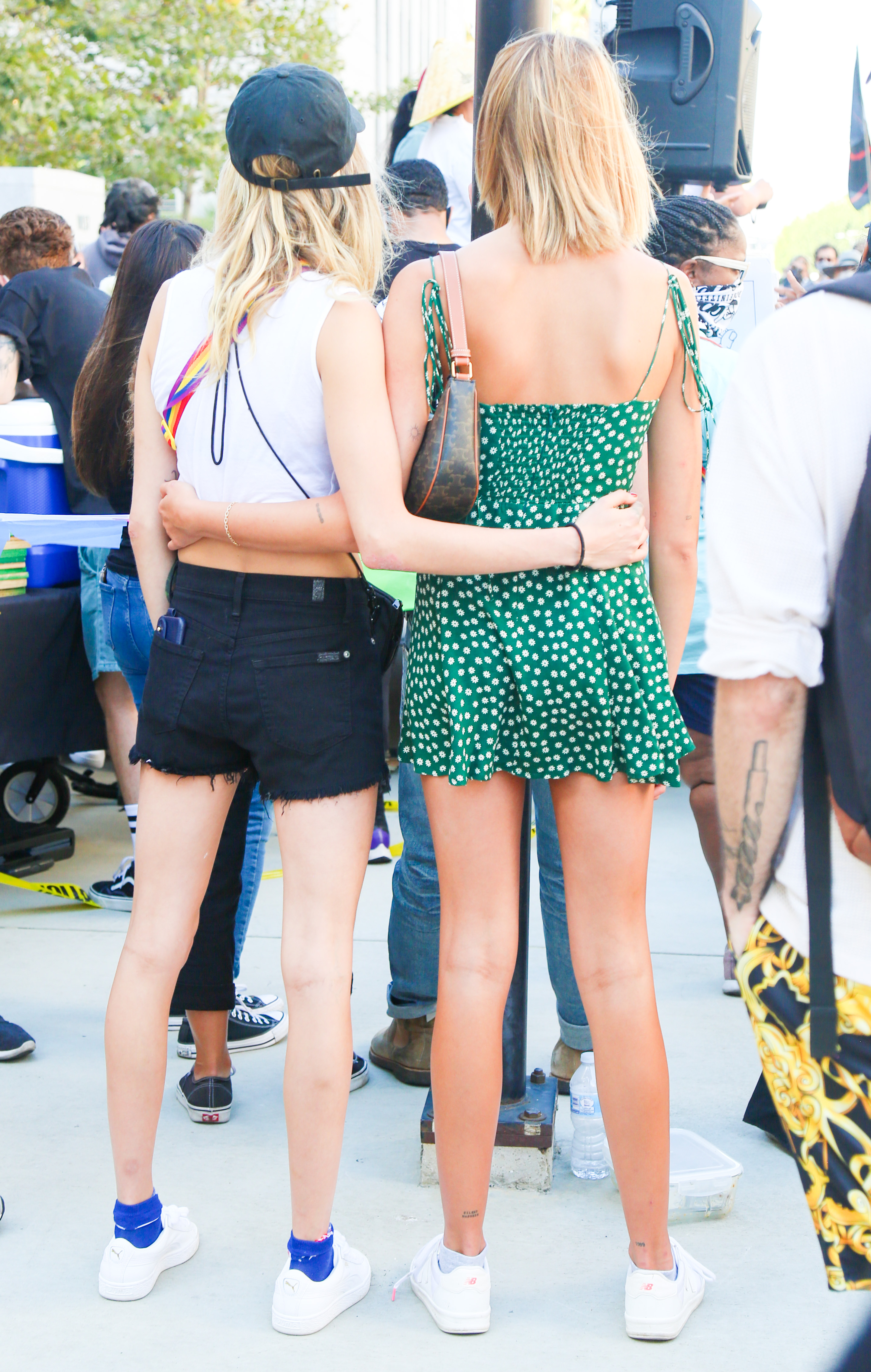 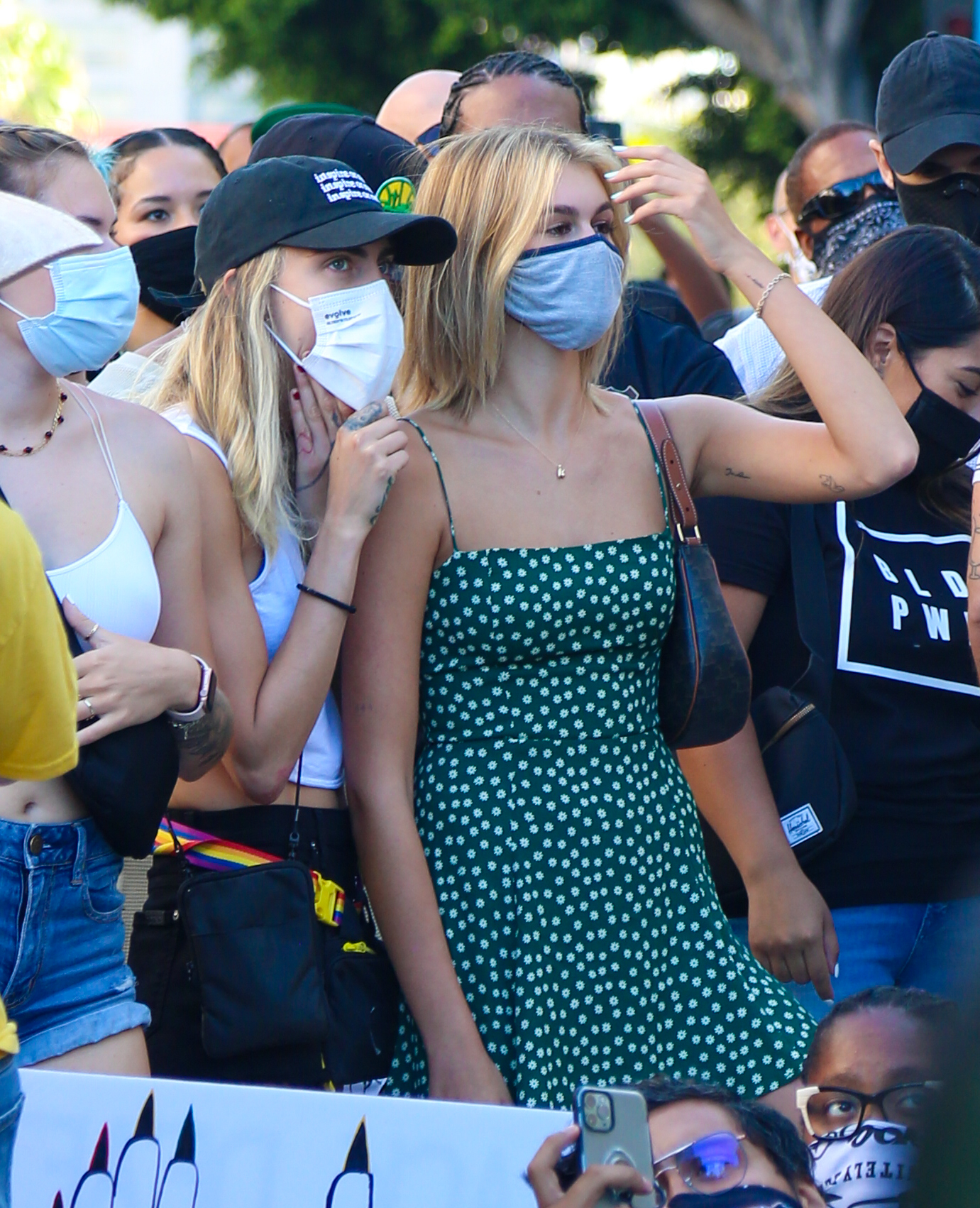 The British model admitted in 2019 that she wasn't looking for romance with Pretty Little Liars star Ashley when they met on the set of Alex Ross Perry’s Her Smell film in 2018.

Cara said: "We weren’t looking for it. It was really just very authentic and natural.”

They went Instagram official almost a year later at the TrevorLIVE Gala in June 2019.

A few months ago Kaia's former boyfriend Pete Davidson, 26, spoke about his brief relationship with her. 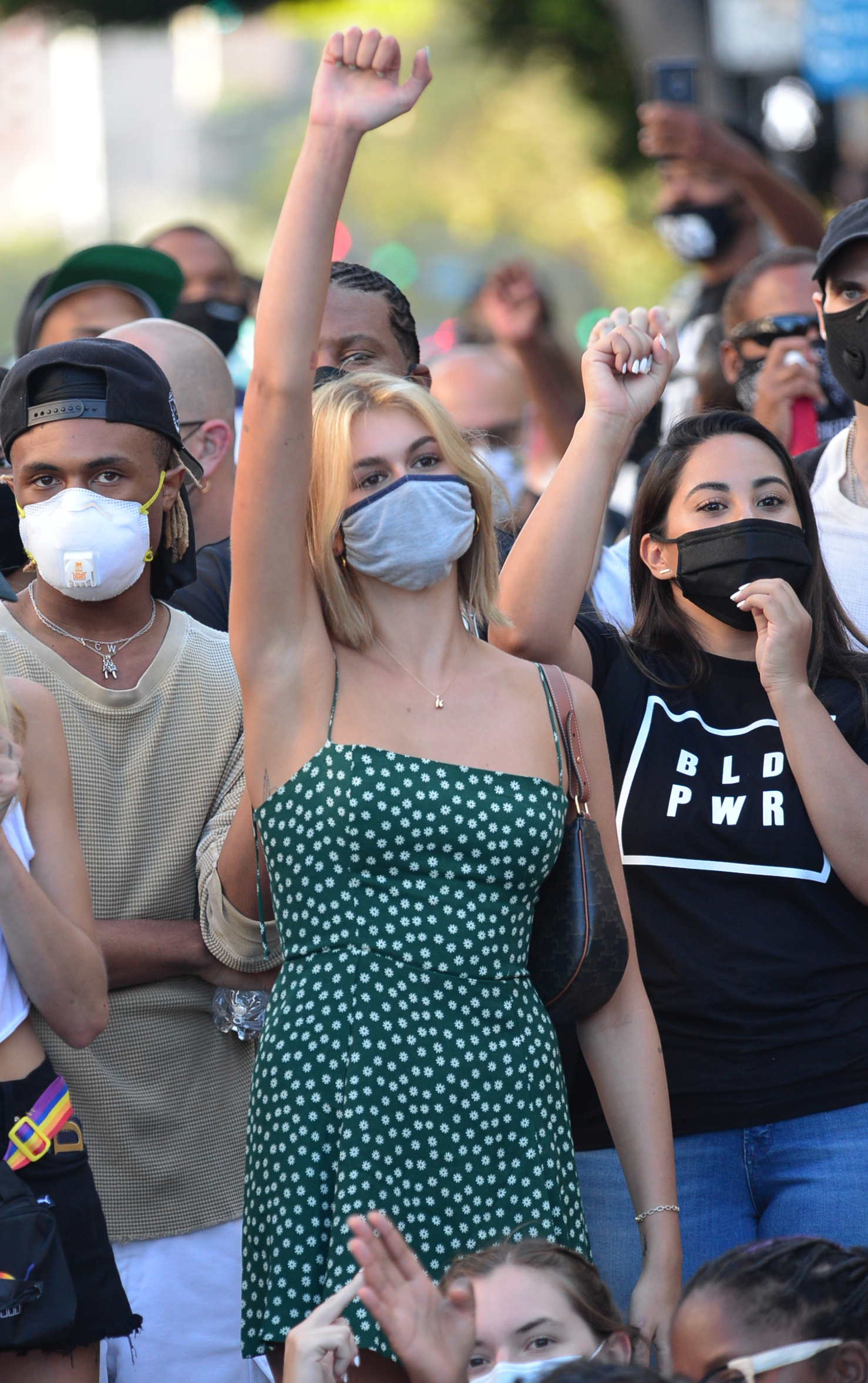 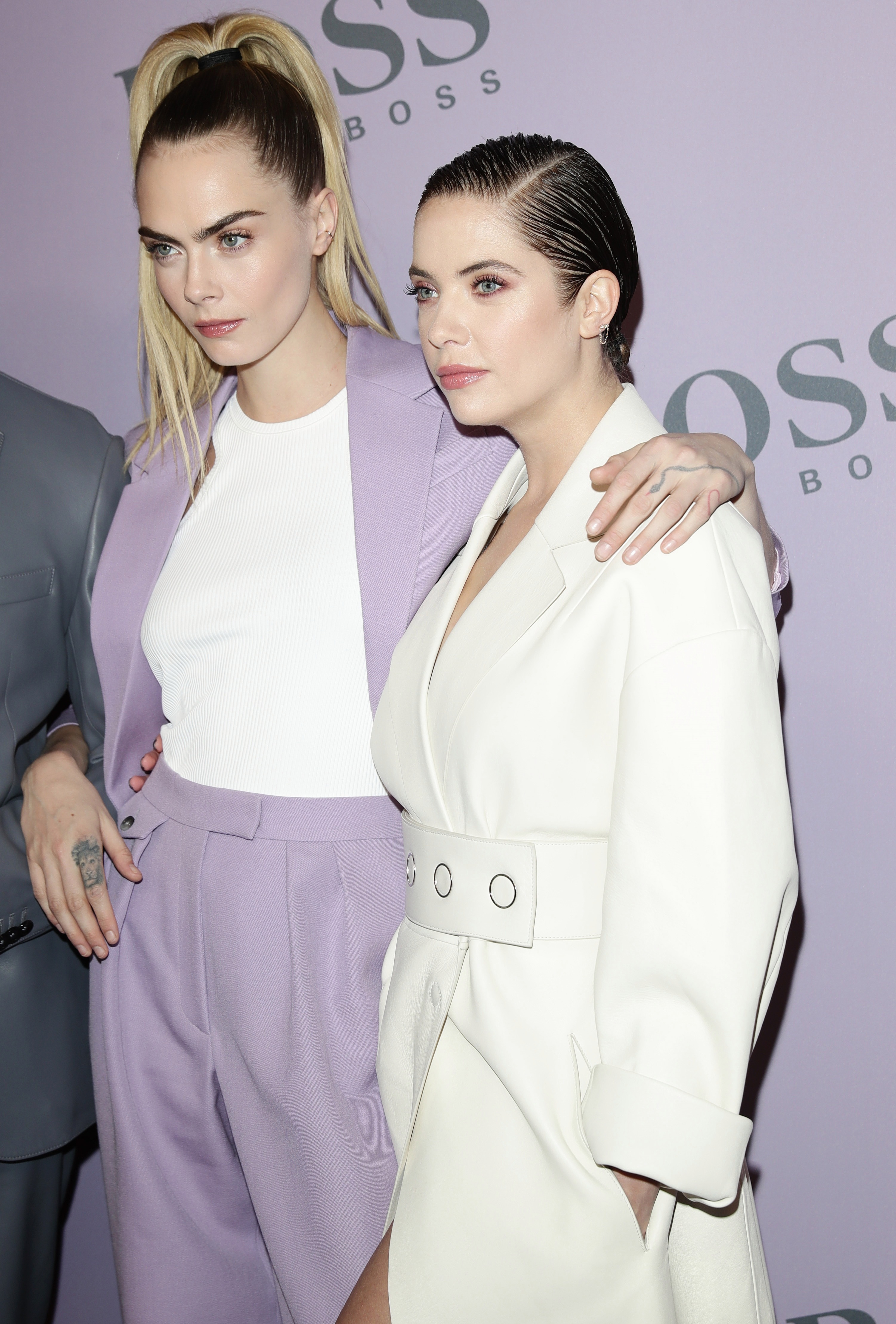 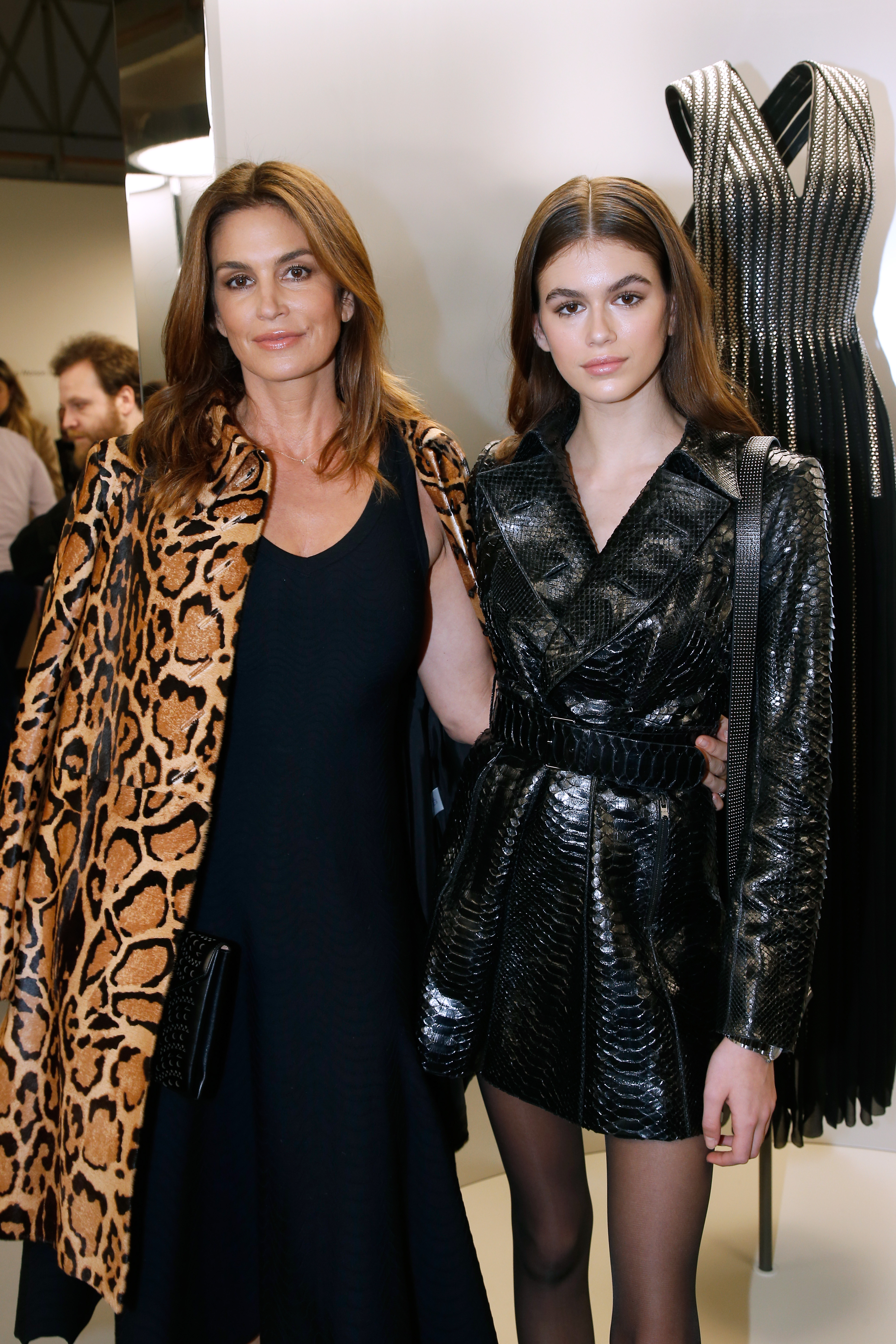 He told Charlamagne Tha God on his Youtube show Live Your Truth: "We were dating for a few months.

"She’s very young, and I’m f***ing going through a lot and it was before I went to rehab.

"It’s just like, she should be having fun. She shouldn’t have to worry about some dude that just has issues and s***.

"She should be enjoying her work."