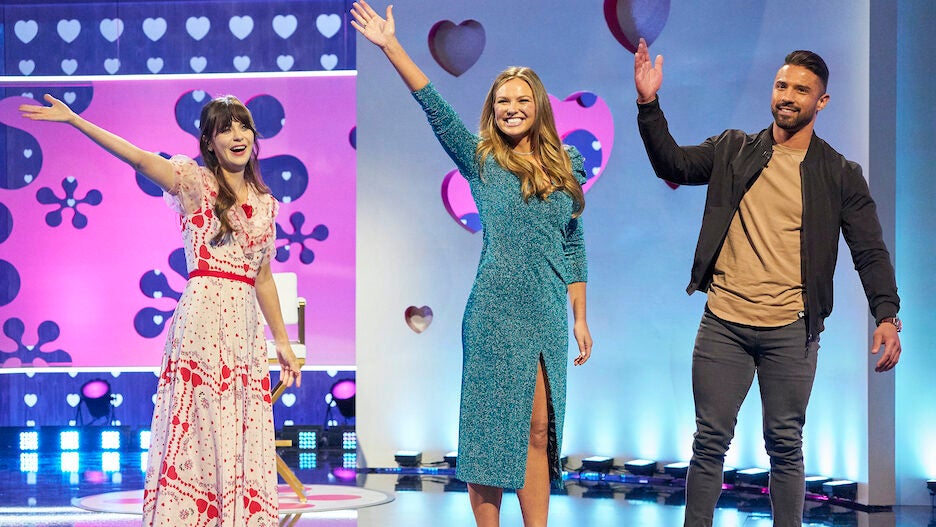 CELEBRITY DATING GAME – “Hannah Brown and Nicole Byer” – Hosted by actress and singer-songwriter Zooey Deschanel and multiple GRAMMY®-winning singer-songwriter Michael Bolton, “The Celebrity Dating Game” offers a wry wink at modern dating with a star-studded roster of celebrities in their pursuit to find love. In the series premiere of “The Celebrity Dating Game,” former Bachelorette and season 28 winner of “Dancing with the Stars” Hannah Brown asks potential suitors to name a fun and romantic activity they can do at home, and Michael Bolton performs a hilarious parody of “I Found Someone” to give her suitors some important clues. Meanwhile, comedian, actress and TV host Nicole Byer tests suitors by asking them, “If I was a frozen pizza, how would you get me hot?” and Michael Bolton offers his rendition of “Wind Beneath My Wings” to help the suitors figure out Byer’s identity. The series premiere of “The Celebrity Dating Game” airs MONDAY, JUNE 14 (10:00-11:00 p.m. EDT), on ABC. (ABC/Craig Sjodin)ZOOEY DESCHANEL, HANNAH BROWN, JAKE MAGNESS

Love was in the air(waves) on ABC last night, when “Celebrity Dating Game” debuted after two hours of “The Bachelorette.” Though their respective results were mixed, ABC topped primetime outright.

At the very bottom of the Nielsen rankings was The CW, which premiered new series “The Republic of Sarah.” That one did not do well, even by CW standards.

While CBS was a close runner-up in total-viewer averages last night, the network ended up in a fifth-place tie with Spanish-language broadcaster Telemundo among adults 18-49. CBS just aired encores on Monday.

Hosted by Zooey Deschanel and Michael Bolton, the first episode of ABC’s “The Celebrity Dating Game” reboot featured Taye Diggs challenging contestants to describe the word “love” without using the word “love,” and “Bachelor” alum Demi Burnett looking for a “loving companion no matter their gender.”

NBC, Fox and Univision tied for second in ratings, each with a 0.4/3. NBC was third in total viewers with 2.3 million, Fox was fourth with 1.6 million and Univision was fifth with 1.3 million. 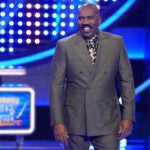 CBS and Telemundo tied for fifth in ratings, both with a 0.3/2. CBS was second in total viewers with 2.9 million, Telemundo was sixth with 901,000.