Home » TV and Movies » Celebrity MasterChef: Amar Latif speaks out on being given ‘extra help’ in BBC show first

Celebrity MasterChef: Amar Latif speaks out on being given ‘extra help’ in BBC show first

Amar Latif, an entrepreneur and television presenter, joined Eamonn Holmes and Ruth Langsford on This Morning yesterday ahead of this week’s episode of Celebrity MasterChef in which he will be seen competing as the first-ever blind contestant. Amar has now revealed just how he found his way around the professional kitchens and whether or not he was given extra help.

At the end of the week, Phil Daniels and Sam Quek went through into the semi-finals and this week will see the next lot of contestants compete for the chance to win the illustrious MasterChef trophy.

However, Amar who is blind will be making MasterChef history as he takes to the kitchen. 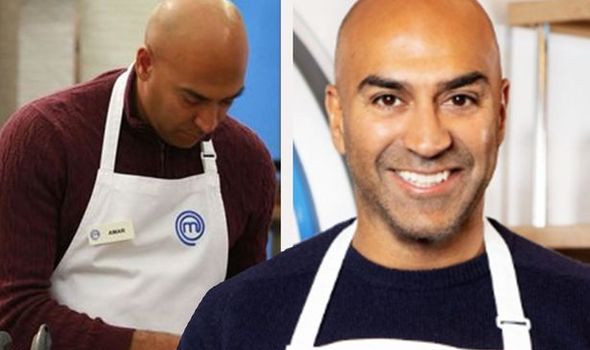 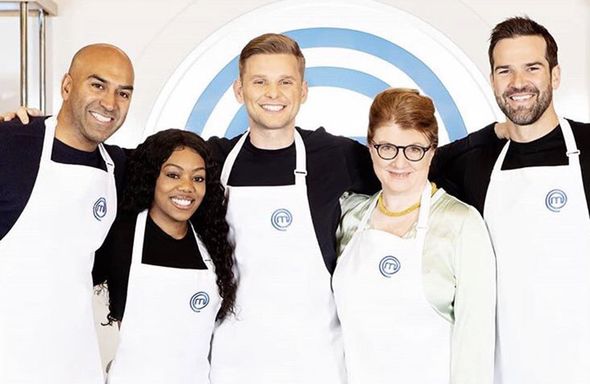 This morning Amar spoke to Ruth and Eamonn on the ITV morning show about just how he managed it.

Eamonn was apologetic at the start of the interview and said he wasn’t trying to patronising Amar at all, but he just couldn’t work out how it was going to work not being able to see his way around the equipment and ingredients.

Eamon began: “Well, I guess you had to be careful in the kitchen?”

Amar laughed and explained: “I guess we all have to be careful in the kitchen. 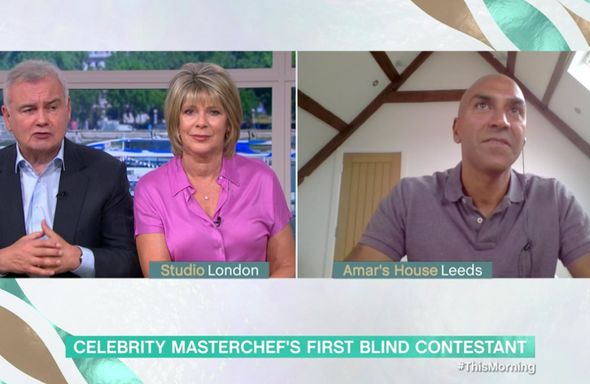 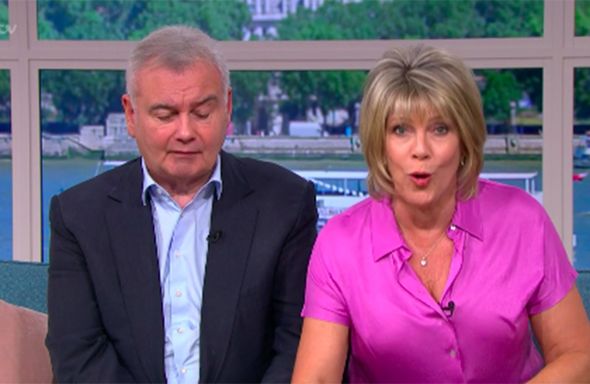 Eamonn told him to stop, horrified at the idea of Amar cutting himself when working hard to put a plate together.

Ruth chipped in: “On that Amar, when I watch the show and I am a big fan, it makes me feel stressed watching the competition element.

“So the thought of you having to do all of that and not being about to see knives and how to present the food, heat.”

Ruth added: “So, how did you prepare, for example chopping an onion?

Eamonn interrupted: “Is your prep done for you?”

Amar laughed and explained: “No you have to do it yourself and it took me 10 to 15 mins to chop and peel an onion and given that tasks only have an hour I thought ‘This is not going to work’.

“So I got a big sack of onions and vegetables and I was like a machine. I just kept peeling chopping.

“I found if you have the onion first and then you peel it off, it comes off in two halves and it’s techniques like that.”

Eamonn added: “So that’s the mechanics but so much of this show is about presentation and that’s literally a shot in the dark for you.”

Amar added: “It absolutely is and before I went on MasterChef I thought you just got a plate of food and just ate it.

“When I knew I was going on this show, I realised that you sighted folk like to have everything looking nice and if it doesn’t look right it doesn’t taste right, so a few weeks before MasterChef I had my friends describing their food to me.”

Ruth added: “What about time? Did they allow you any extra time?”

He continued: “Initially I thought this was terrible, but I want the competition to be fair so what’s the point of getting extra time and treatment?”

Celebrity MasterChef airs on BBC One tonight at 9pm and This Morning airs daily on ITV at 10am.