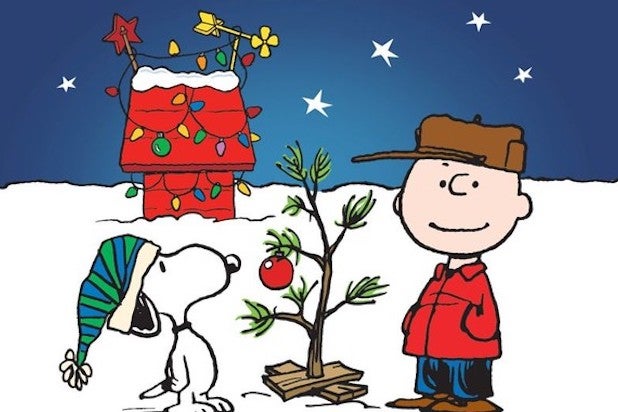 Looks like Apple got the hint after that “It’s a Great Pumpkin, Charlie Brown” backlash, because the tech giant revealed Wednesday it’s bringing “A Charlie Brown Thanksgiving” and “A Charlie Brown Christmas” back to broadcast TV this holiday season — just not back on ABC.

Per Apple, in addition to the holiday specials based on Charles M. Schulz’ “Peanuts” cartoon streaming on their new home Apple TV+, Charlie Brown’s Thanksgiving and Christmas classics will air ad-free on PBS and PBS KIDS on Nov. 22 and Dec. 13, respectively, at 7:30/6:30c.

Apple picked up the overall rights to the “Peanuts” specials in early October in an expanded deal with WildBrain which will allow them to make new specials, too. As a result of that pact, “It’s a Great Pumpkin, Charlie Brown” — and its fellow “Peanuts” classics — became an Apple TV+ exclusive and did not air on broadcast TV for the first time ever this October, a change that upset fans who were used to watching it annually on ABC, the over-the-air channel that has had the broadcast rights to the “Peanuts” gang for years after grabbing them from CBS.

When Apple TV+ first announced it would be the new home for the Charlie Brown holiday specials, it revealed windows during which each one could be viewed for non-subscribers, with “Great Pumpkin” having launched Oct. 19 and been free from Oct. 30 until Nov. 1.

“A Charlie Brown Thanksgiving” will start streaming on Apple TV+ beginning Nov. 18, and the special will be available for free from Nov. 25 through Nov. 27.

Along with its “Peanuts” content, Apple TV+ is home to originals kids’ programming like “Helpsters” from Sesame Workshop, the “Ghostwriter” reboot, “Fraggle Rock: Rock On!” shorts and an upcoming new “Fraggle Rock” series. The streaming service also recently signed a deal with the Maurice Sendak Foundation and is creating an animated “Harriet the Spy” show starring Beanie Feldstein and Jane Lynch.