BBC Breakfast continued today and Charlie Stayt and Naga Munchetty spoke about the Black Lives Matters protests that happened over the weekend as well as Boris Johnson’s new plans to slowly bring the UK out of lockdown. However, during a conversation with MP Simon Clarke today Charlie Stayt hit out at the minister whilst trying to clarify the two-metre social distancing rule.

Boris Johnson led the coronavirus daily briefing yesterday and in a “rabbit out of the hat” moment, announced that single households would be allowed to form a “social bubble” with another household.

This means that those who have been isolating alone will be allowed to move households in a bid to curve the loneliness they might have felt over the last 12 weeks.

However, a lot of people are still unclear as to who this applies to and so today the Minister for Regional Growth and local government Simon Clarke joined Charlie to talk about it.

Mr Clarke explained: “This new “social bubble” rule is allowing people to mix with another family unit, only one and they have to make that choice and it is progress.” 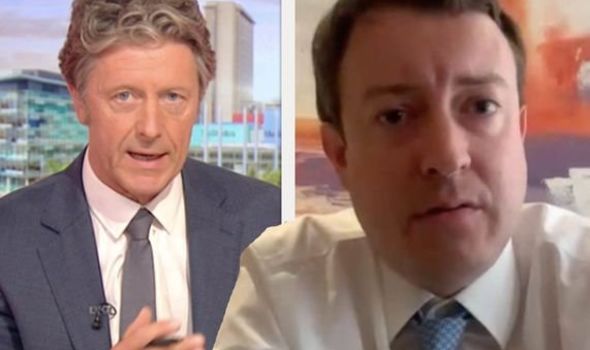 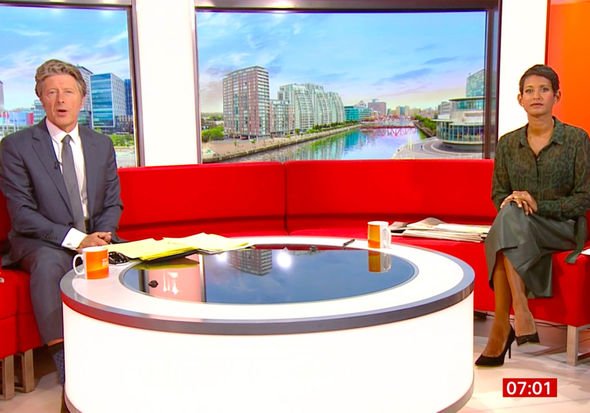 However, the conversation took a turn when Stayt asked about whether the two-metre distance rule which the UK has been adhering to was in fact a rule or if it was only guidance.

Mr Clarke explained: “At this point, I just want to reaffirm to people that our guidance is two-metres at this points and that should be reflected in the way we go about our lives, until such time as the scientific advice allows us to say otherwise.”

Stayt interrupted: “Your answer is that it has always been under discussion, so there is no new impetus to what it is now, there is no change?”

Clarke added: “There is clearly discussion going on, but there is nothing that we can say at this time that changes the advice. I’m not seeking to evade that question.” 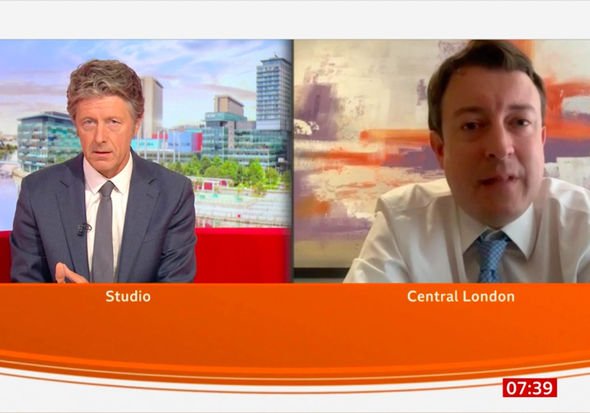 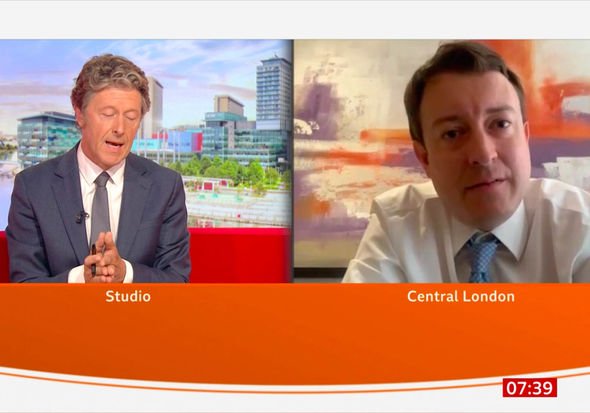 Stayt interrupted again: “Is it a rule? Two metres?”

Clarke said: “Well it lies at the heart of what we have advised,” but the MP was interrupted again.

Stayt reiterated: “That is quite a straightforward question if I may Mr Clarke, is it a rule?”

“Well yes,” the MP explained, “Two metres is the rule in terms of if you are in retail, for example, getting ready to reopen next week, every bit of guidance the government has issued has reaffirmed two-metres.

The presenter continued to talk over the guest and said: “Well you realise, your answer then leads people to be confused.

“Yesterday Sir Patrick Vallance said that two-metres was not a rule, it is not a scientific rule.

Mr Clarke continued by explaining that it has always lay at the heart of the guidance given and said this sort of conversation was just playing with semantics.

The conversation divided the BBC Breakfast audience today with some saying the presenter had left them more confused, and some saying the MP seemed unsure of the rules himself.

One viewer said: “Another load of inane questions by Charlie on #bbcbreakfast

#BBCBreakfast Charlie could you ask if less than 2m is illegal or not? I’m not sure if you’ve asked this question yet

“#bbcbreakfast  FFS it is semantics Charlie,” added another, “Since when did people need everything spelt out to the letter. Use some common sense for gods sake! “Constantly nit picking to get a story or make someone stumble so you can jump on it.

Whereas on the other side of the debate, one viewer said: “@BBCBreakfast This Local Government guy doesn’t have a clue#bbcbreakfast

And one more said: “For goodness sake! The Tories will not under any circumstances give a straight answer to a question. Are they driven by fear of consequences if they do?   #bbcbreakfast.”

BBC Breakfast airs on BBC One daily at 6am.