NBC’s Chicago Fire has added Brett Dalton to the cast in a recurring role on the heels of Jesse Spencer’s departure from the series after 10 seasons, Deadline has confirmed. Dalton will portray interim Lieutenant Jason Pelham, who will make his debut on Wednesday night’s episode airing at 9 p.m. 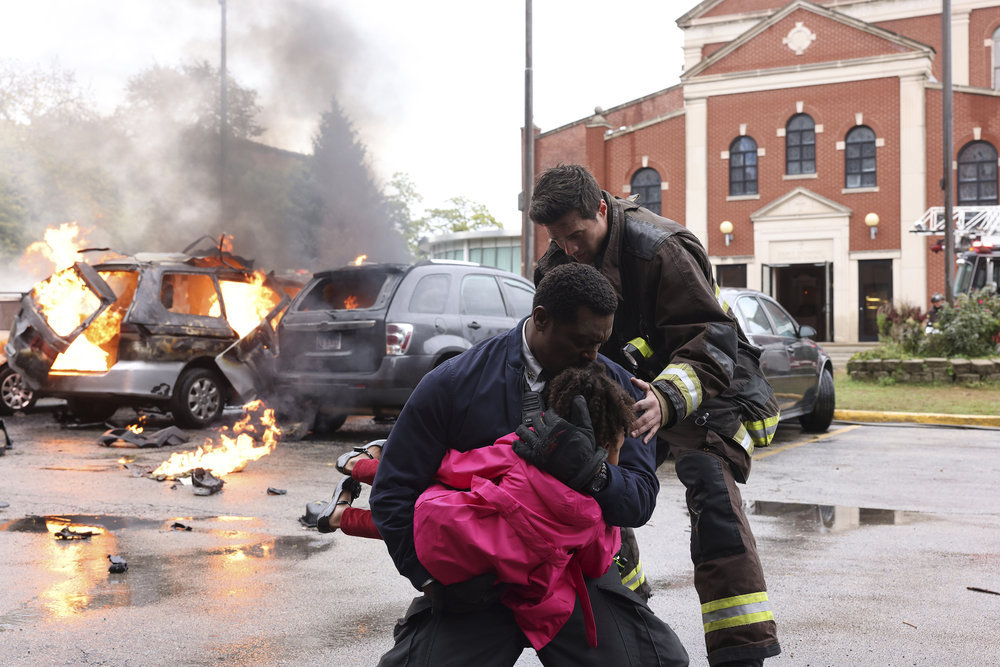 Spencer’s character Matt Casey exited in the Oct. 20 episode which celebrated the Dick Wolf series’ landmark 200th episode. Casey not only left Firehouse 51 but Chicago completely for Oregon, where he will Griffin and Ben Darden, sons of Firehouse 51 legend Andy Darden who died in the series premiere. His relationship with Sylvie Brett (Kara Killmer) will remain long distance for the time being.

In a photo from tomorrow night’s episode titled “Whom Shall I Fear,” Pelham is shown giving newly promoted District Chief Wallace Boden (Eamonn Walker), who is cradling a child as a car explodes in the background, some assistance.

Dalton is most notably known for his portrayal of Grant Ward/Hive in Agents of S.H.I.E.L.D from 2013 to 2017. He most recently appeared in the Apple TV+ series Ghostwriter as Captain Vincent. Other TV credits include roles in Blue Bloods, Elementary, and Robot Chicken. Dalton is also known by Hallmark Channel fans for his appearances in Cooking With Love, Just My Type, and Once Upon a Christmas Miracle.