Chris Evans and Michelle Dockery are living every parent’s nightmare in Defending Jacob, a new Apple TV+ miniseries based on the 2012 best-selling novel of the same name.

“Seeing your son in such a dangerous position, obviously any parent would fight to protect their kid at all costs,” Evans says in the exclusive first look below.

In the miniseries, Evans plays Andy Barber, an assistant district attorney in a small Massachusetts town whose world is rocked when his 14-year-old son, Jacob (Jaeden Martell), is accused of murdering a classmate. Dockery is his wife, Laurie, a teacher.

“We begin to see this family tested and she begins to question everything,” Dockery says in the exclusive first look preview. Could Jacob be responsible for the murder? What happens to the parents who are put into an impossible position? Can Andy put aside the unconditional love for his son to uphold his duty to justice?

“The foundation’s rocked. There’s a lot of trust issues, a lot of guilt. It kind of opens all those doors,” Evans, who is also an executive producer on the series, says. 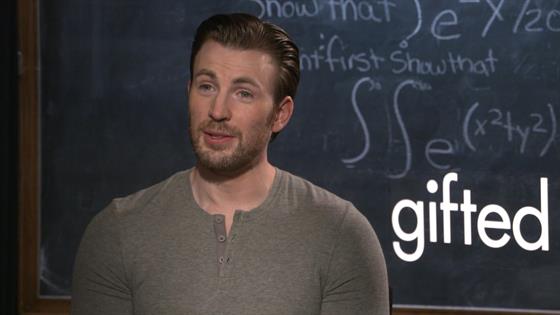 “How well can you ever know anyone? I think this show forces us to think about those boundaries that you exist with the people you love,” Bomback says.

“Once you open Pandora’s box, it’s those scary corners you don’t want to explore,” Evans teases.

Defending Jacob premieres with three of its eight episodes on Friday, April 24 on Apple TV+.