Coronation Street’s James Bailey (played by Nathan Graham) will be rocked when his ex-boyfriend Danny Tomlinson (Dylan Brady) turns up in Weatherfield. Once the footballer gets over the shock of seeing Danny again, he’ll be mortified when the new arrival issues an ultimatum about their future. Will James decide it’s time to embark on a romance or will he prioritise his career?

In episodes that will be available on the ITV  Hub on Monday as part of the Coronation Street boxset, James will come face to face with a former boyfriend.

The Weatherfield County footballer will be overjoyed when his manager tells him his star player is retiring and he wants James to take his place on the team.

James celebrates the news with his uncle Ronnie Bailey (Vinta Morgan) at a local bar.

However, he’s gobsmacked when he bumps into old flame Danny. 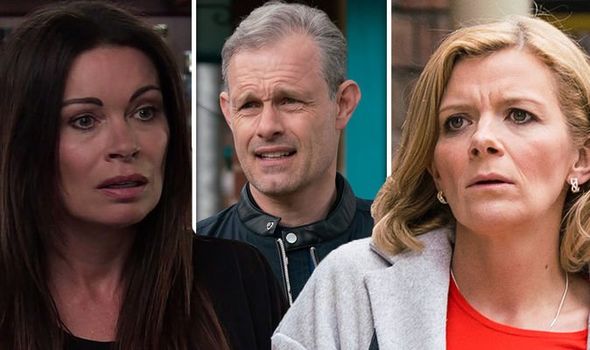 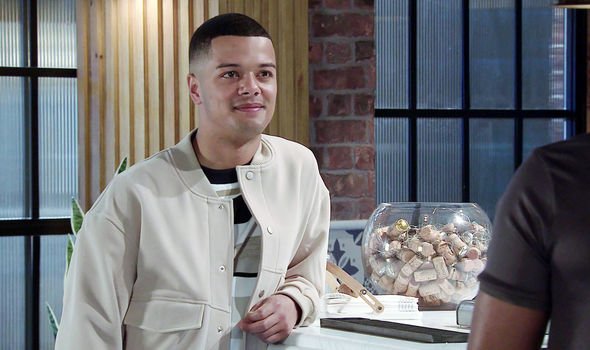 Danny asks James if he wants to meet up for a lunch date and the footballer eagerly agrees.

The new arrival reveals he’s been offered a job in France and wants to give their relationship another go.

However, James warns him they would have to keep any romance under wraps.

Danny is furious with James and storms off leaving the footballer fearing he’s made the wrong decision. 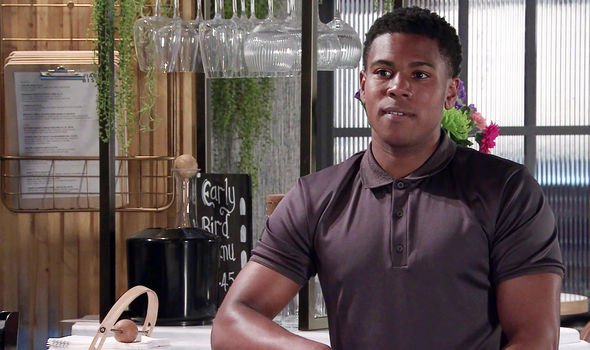 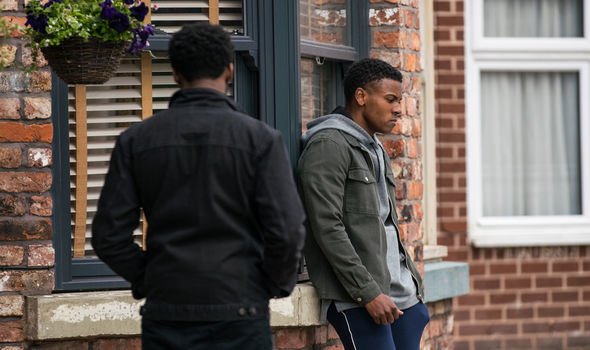 Opening up on seeing Danny again, James star Nathan spoke to Express.co.uk and other press.

The Coronation Street actor explained an ultimatum was also the reason behind their initial split.

He said: “I think he’s in shock because the way, the way they kind of left off, it was like he just disappeared.

“They didn’t really say bye so then it’s a case of why is he here?”

“Of all people to see, he’s the last person he expected to see,” he explained.

“Well, from my first time he clearly has strong feelings for him because he wanted to be with Danny.

“But then Danny gave him a deal-breaker type situation and he wasn’t ready for that so he had to hide away.

“He had to keep those feelings tucked away, put them in a drawer and slam it shut and try to forget about him.”

What is happening where you live? Find out by adding your postcode or visit InYourArea

James previously opened up to his family about his sexuality but has kept his footballing colleagues in the dark.

Discussing his decision, Nathan explained: “Not everybody knows it’s just like his family and his close friends that know.

“So he’s still living part of a lie, he’s hiding away from the general public.”

“I think to a certain extent but I also think that he’s at a point where he’s comfortable in that space,” he continued.

“The people that do know, that’s what matters to him the most so after that it’s not really a problem and an issue for him.”

Coronation Street airs on Mondays, Wednesdays and Fridays on ITV at 7.30pm.