Coronation Street: Abi is told that Seb has died from his injuries

Asha (played by Tanisha Gorey) was left suspicious of her boyfriend Corey (Maximus Evans) on Friday’s episode, but he convinced her to lie to everyone and pretend he was at the flat with her at the time of the savage attack, which left Seb dead. When she questioned him, he scared her by yelling furiously. Will Coronation Street viewers see another abusive storyline as Corey tries to force Asha to be his alibi? The ITV soap has explored coercive control before, and recently, episodes have hinted that they might do so again with the younger couple.

“Nina’s your ex,” Corey told Asha on Friday, trying to convince her Nina was lying, “Let’s face it, she’s got it in for me.”

But Corey kept making Asha doubt her friend, arguing: “You’re too trusting, you are.

“It’s horrible. But I promise you I had nothing to do with it.” 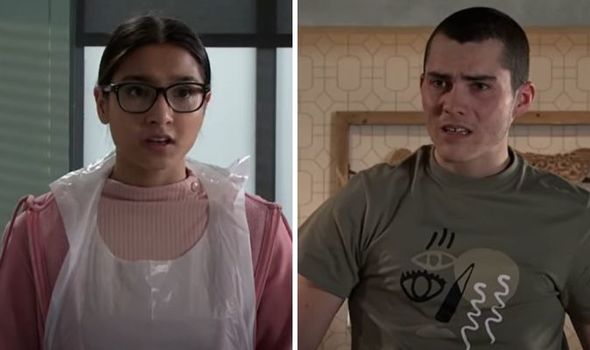 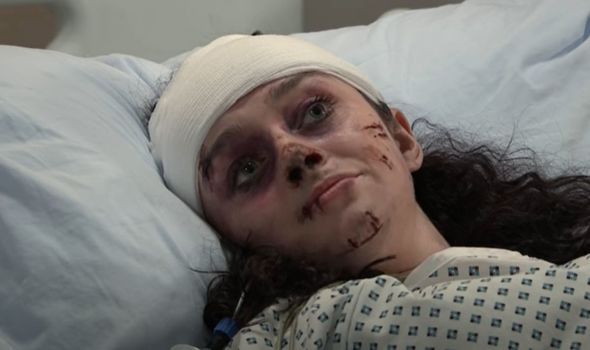 He later added: “If the police ask, or anyone, just say I was with you. It’s much easier that way.”

Asha didn’t like the idea of lying, adding: “If the police come knocking, you just tell them where you were. They can’t pin it on you-” But before she could finish, Corey got furious, screaming: “Stop being such a naïve little girl!

“Nina says that I was the last face that she remembers and the police – they want to arrest someone.

“Do you want me to get locked up for something that I didn’t do?” 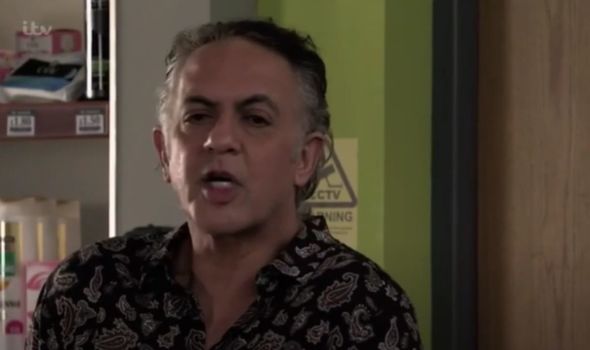 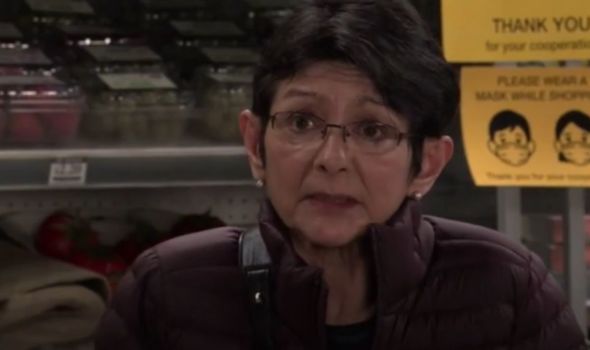 Asha seemed frightened of Corey, and whenever the subject was brought up by anyone else in the episode, she said he had been with her.

Yasmeen was trapped in a terrifying relationship of her own with evil Geoff Metcalfe, (Ian Bartholomew) so she knows what she’s talking about.

Shortly after Asha moved out of Dev’s house to live with Corey, Yasmeen became concerned.

Speaking to Dev, she said: “Are you allowing this?” Dev answered: “No, we were out and she left.

“I couldn’t stop her, his parents are useless, they’re the ones who set him up with the place.”

“I don’t like that boy,” Yasmeen warned. “I’ve seen them together.

“I know I’m biased because of what I’ve been through – I see two goldfish in a tank and I think one of them’s coercing the other.

“But I can recognise coercive behaviour when I see it.

“No, I think you’re right,” Dev said. “I think he manipulates her sometimes.”

Yasmeen warned: “Well, I think you should keep a close eye on her. She’s going to need your support.”

Could Yasmeen have been onto something? Corey definitely seems to have a level of control over Asha, often treating her badly and blaming her for it.

And now that he needs a fake alibi, he goes from furiously screaming at her, to trying to win her round into doing what he wants.

Nina warned Asha on Friday: “Face it, you don’t know what he’s capable of.”

But will Asha be able to see what’s going on before things escalate?

It seems likely that she will lie to the police to protect Corey if the time comes, and if she tries to stand up to him, will he get violent?

Coronation Street continues on Monday at 7.30pm on ITV.