Fan favourite couple Carla Connor (played by Alison King) and Peter Barlow (Chris Gascoyne) are looking after the Rovers Return while Jenny (Sally Ann Matthews) and Johnny Connor (Richard Hawley) take some time away from Coronation Street. Since reuniting last year, the couple has gone from strength to strength but that looks set to change when two mysterious new arrivals turn up.

The factory owner soon came under heavy scrutiny for the accident and ITV viewers watched as her mental health deteriorated as a result.

While Coronation Street fans were unaware of who was to blame, Carla’s neighbours turned against her. 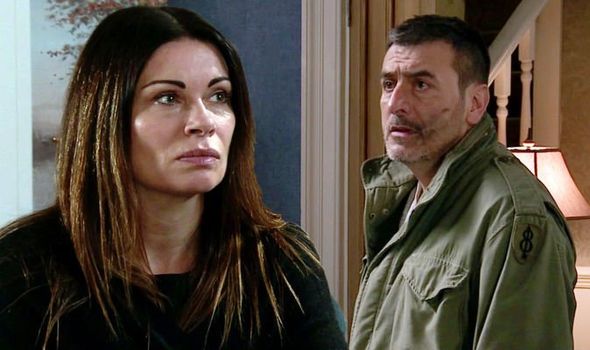 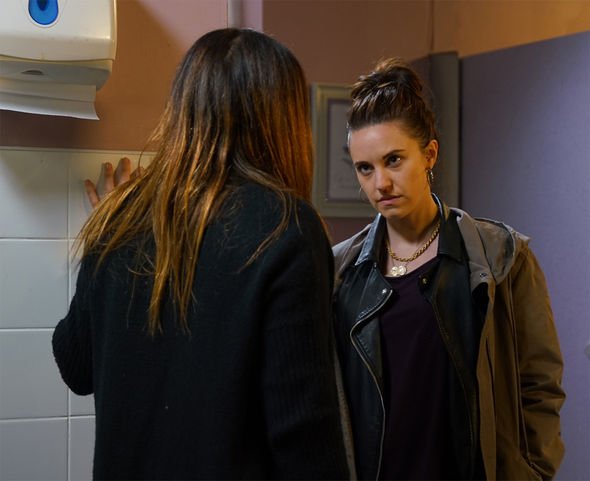 Viewers watched events unfold from her perspective in the episode as the true impact of the factory collapse on Carla’s mental health was revealed.

However, Peter stood by Carla and was the one who tracked her down when she disappeared last year.

With the help of Peter and Roy Cropper (David Neilson), Carla overcame her mental health crisis and has made a lot of progress since her breakdown.

Viewers know very little about what happened in Carla’s life during the time she was missing and the barmaid still hasn’t divulged any information to Peter. 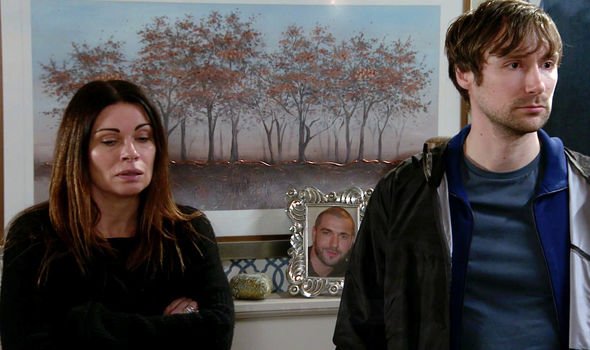 But, in upcoming scenes, Carla will be forced to confront the past when a young woman called Chelsey (Isobella Hubbard) heads into the Rovers.

The newcomer asks Sean Tully (Antony Cotton) who Carla is and when he tells her she’s his boss, the troublemaker follows Carla into the toilet.

Carla met Chelsey during the time she went missing and it’s clear the barmaid wants nothing to do with her.

The next day, she finds Chelsey lurking in the backyard and offers to buy her breakfast in Roy’s as a peace offering.

Later, Chelsey returns to the Rovers with a man named Jordan (James Boyland) who reminds Carla that he ran the squat she stayed at.

He demands she pay for the drugs she destroyed but the pair are interrupted by Peter who’s alarmed when he sees his partner in tears.

The former Underworld boss has been very cagey about her time away from the cobbles but she’ll finally have to tell Peter the truth.

Will Peter be forced to intervene as Carla and Jordan’s confrontation becomes violent?

Coronation Street producer Ian MacLeod told RadioTimes.com: “Now Carla is back on an even keel psychologically we wanted to revisit her mental health crisis, specifically when she went missing during that time.

“It’s an opportunity to fill in the blanks and reveal something we didn’t know previously.

“There were glimpses of her in a hotel and a squat, but when she was found she had no recollection of how she got there and we simply don’t know what happened.

“Two new characters will be introduced who emerge from Carla’s ‘lost weekend’. What that provides in the present is a chance to see another existing character elsewhere on the street reveal their true colours.