Daisy (played by Charlotte Jordan) has been settling into the background in recent weeks on Coronation Street but it seems she is about to step into the forefront of the show. With Jenny’s (Sally Ann Matthews) husband Johnny Connor (Richard Hawley) in prison, the newcomer to the ITV soap has been getting her feet under the table of the Rovers Return and in Wednesday’s double-bill of the weeknight serial drama, she ramped up her plans to move in. However, with Carla (Alison King) clearly suspicious of the troublemaker, will she discover what Daisy is really up to?

In the second of the two trips to Weatherfield, Jenny was seen throwing Peter Barlow (Chris Gascoyne) out of the pub where he had been living with her.

Following his split from Carla a couple of weeks ago and his relapse with alcohol, the landlady sought it fit he move back to live with his father, Ken Barlow (William Roache).

With the Connor family in turmoil, it wasn’t the best time for Daisy to walk in and tell her strep-mother her boyfriend had just broken up with her.

Noticing the pub owner was a bit distracted, the newcomer asked what the matter was and was told the alcoholic had been given his marching orders.

The troublemaker’s ears perked up as she heard a room had become available and quickly set about making it hers. 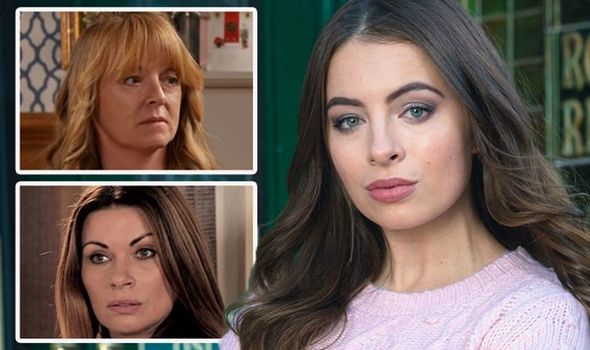 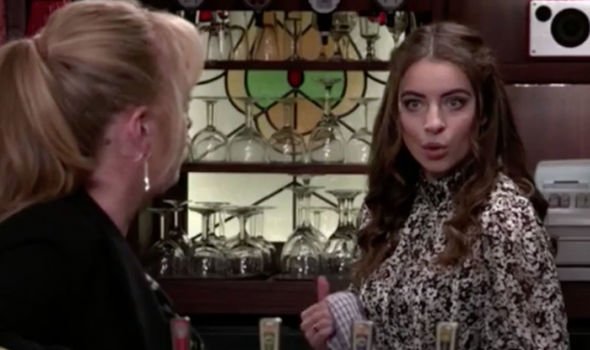 As Johnny and Peter are now out the way, it seems Daisy can have her step-mother’s full attention, meaning she could manipulate her with more effect.

The newcomer could pry on the fact her boyfriend has just broken up with her and ask Jenny to support her through financial hardship.

With the amount of money she needs building up, the landlady could be forced to dip into the business to help her step-daughter.

Having walked out on the newcomer when she was just a teenager, the pub owner could feel some sense of guilt for abandoning the troublemaker. 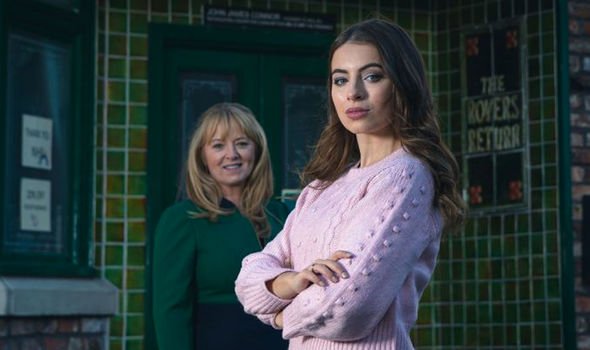 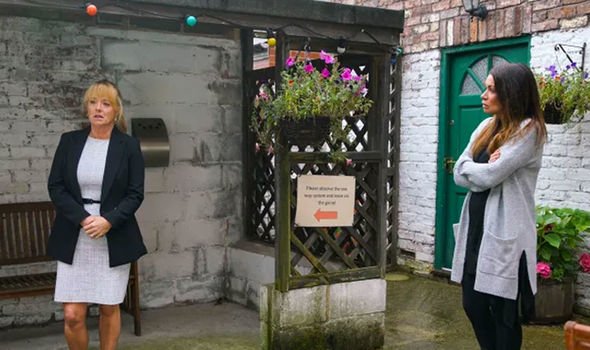 Daisy’s after anything she can get

Unfortunately for her, Carla is still lingering around and with Jenny pledging to support Carla whilst her husband is in prison, it seems the businesswoman isn’t going anywhere.

Johnny’s daughter could prove to be a thorn in Daisy’s side as she finds it harder to manipulate her stepmother.

However, with a keen eye for picking up when something’s not right, will Carla expose the newcomer’s plans to scam her step-mother?

It seems viewers of the soap came to a similar conclusion and don’t totally believe she has broken up with her boyfriend.

One soap fan wrote on Twitter: “Daisy is annoying and not to be trusted. Jenny will regret letting her move in #Corrie.”

Another added: “Daisy’s after anything she can get off you Jenny be warned #Corrie,” with a third posting: “Daisy getting her feet well under the table #Corrie”

“Daisy is suspicious but I can’t help but love her #Corrie,” a fourth remarked with a fifth sharing: “What is Daisy up to I wonder? #Corrie.”

A sixth remarked: “I still think Daisy is up to something #Corrie,” with a seventh stating: “I’m not feeling this Daisy. Like what’s her game? #Corrie.”

Executive producer Iain MacLeod previously teased Daisy had an ulterior motive for turning up on the cobbles.

The soap boss said: “Daisy might seem like sweetness and light at first, but can be a maelstrom of minxy mischief when the mood takes her.

“She revels in devilment and can be very self-serving, but she’s fiercely loyal to those she cares about – although her loyalties can change in a heartbeat.

“Above all, she will bring chaos and conflict into Jenny’s life, as her step-mum tries to make up for walking out on her some years ago,” he added, so could this guilt lead the landlady to fall for her stepdaughter’s charms?