Gemma Winter (played by Dolly-Rose Campbell) was stunned when she was told she was expecting quadruplets and the young mum has had a difficult time adapting to the huge change. Coronation Street viewers watched Gemma struggle in the months following the birth but after bravely seeking help, the mum-of-four will finally feel ready to open up in a support group and take the first steps of recovery.

Gemma and Chesney Brown (Sam Aston) were delighted by their four new arrivals after concerns throughout the pregnancy.

However, the excitement was soon replaced with exasperation as the new parents struggled to juggle looking after four babies.

In heartbreaking scenes, the parents discovered baby Aled was deaf and Gemma was distraught at the thought of him never hearing her tell him she loves him.

But the little tot has since been fitted with hearing aids and has responded to his parents’ voices for the first time. 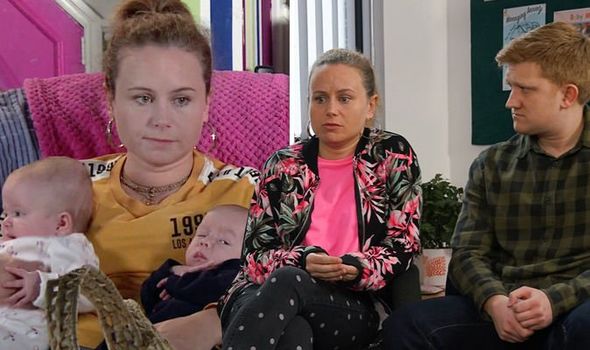 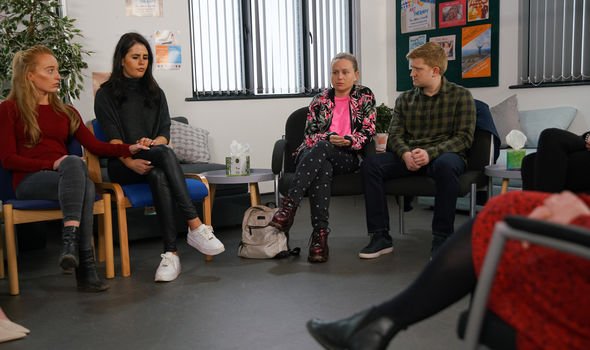 To make matters worse, Gemma was mocked by other mums at a baby and parent group when she fell asleep during a session.

The exhausted mum-of-four has understandably been struggling to sleep but when the mums made fun of, it seemed to confirm Gemma’s worse fears.

Bernie stepped in and advised Gemma to seek medical help before offering to work in the kebab shop on the couple’s behalf. 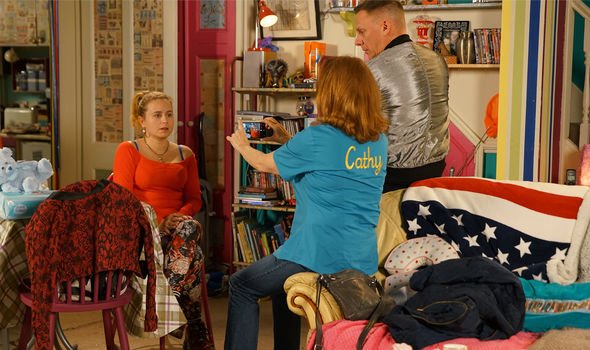 Gemma was finally diagnosed with postnatal depression and is taking the first steps of her recovery in upcoming scenes.

The young mum will open up to a support group about the nightmares she’s been having where she harms the babies.

Gemma is pleasantly surprised to find some comfort as she candidly discusses how she’s been feeling.

She’s thrilled when the other mums support her and make her feel like she’s not alone for the first time.

Later, Gemma confides in Sean Tully (Antony Cotton) about her battle with depression and he comes up with a great idea to help.

With the help of Sean and Cathy Matthews (Melanie Hill), Gemma records her first vlog about life as a new mum-of-four.

In her first video, Gemma slams the Freshco ad campaign for creating a perfect family ideal that’s impossible to live up to.

Will Gemma be able to make positive steps forward in her mental health battle with these videos?

Off-screen, Coronation Street boss Iain MacLeod has spoken out on Gemma’s storyline and revealed the mum will “come out the other side”.

“We wanted to tell a story with some positivity, so ultimately Gemma will come out the other side of this somewhat changed with what she’s been through emotionally,” he told Digital Spy.

“But with a new level of appreciation and love for her mum, and obviously will go on to become a fantastic mum to those quads in her own inimitable way.”

“I think Gemma thought she’d be a terrible mother because her own mother was a terrible one. But this will ultimately give her the confidence to believe in herself a bit.”

If you have been affected by Gemma’s storyline, please visit the Coronation Street advice page here for more information and support.