Coronation Street resident Sally Metcalfe (played by Sally Dynveor) has stayed by partner Tim’s (Joe Duttine) side despite his various mishaps in recent months, such as discovering he was still married to ex Charlie (Sian Reeves). Despite the pair managing to get through this obstacle, their relationship is starting to feel increased strain due to Geoff Metcalfe’s (Ian Bartholemew) return to the Street. With Sally failing to buy Geoff’s lies anymore, will this cause her and Tim to call it quits in a devastating twist?

Geoff was subjecting his wife Yasmeen Nazir (Shelley King) to harrowing abuse for many months behind closed doors.

She failed to tell anyone what she was going through and it was her devoted granddaughter Alya (Sair Khan) who finally put the pieces together.

Alya begged her relative to leave Geoff and advised her to visit police officers under Clare’s Law to find out information about her partner’s sketchy past.

However, things all came to a head last month when Yasmeen finally defended herself against Geoff – leaving him lifeless on the floor. 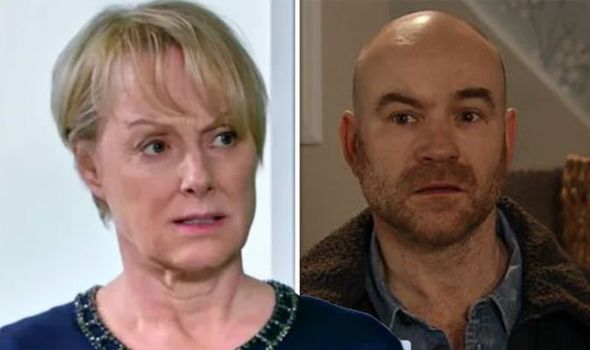 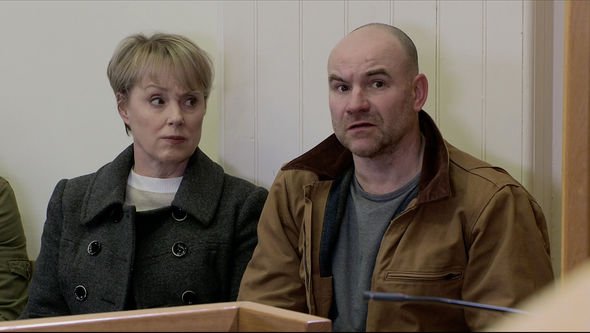 Yasmeen phoned the emergency services to inform them she believed she had killed her husband but he managed to pull through despite his life-threatening injuries.

Now, with Geoff back on the cobbles, he hasn’t received the warm welcome he’d been hoping from the residents of Weatherfield.

In fact, one of the only people on the wannabe magician’s side is his son Tim, who has been gaslit from birth into believing his father is the victim.

This has now started to cause problems for his relationship with Sally as it continues to become clear she is not falling for his lies any longer. 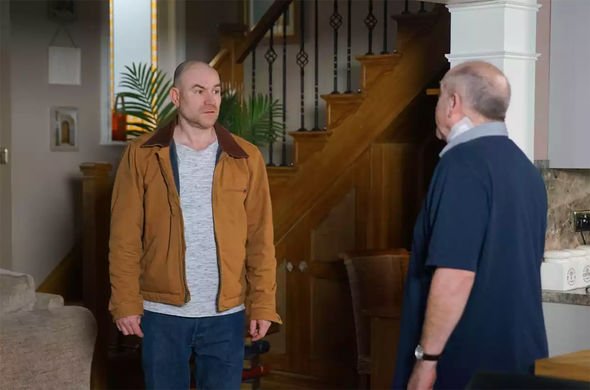 Earlier this week, Geoff was forced to admit his use of escorts behind Yasmeen’s back, leaving Sally disgusted.

As she starts to become closer to Alya, it seems she may be forced to make a big decision about her future with Tim.

In scenes to come, Sally will ask Geoff to move out of their home as she becomes unhappy with his unwavering presence in their lives.

However, Tim will be angered by her plea, which could see their relationship on the rocks once more.

Speaking ahead of the upcoming episodes, Sally Dynevor who plays Sally explained Tim’s reaction to her demands.

She said: “He’s really not happy about it. Tim thinks that Geoff is this man who is in desperate need and we should be supporting him and looking after him and Sally says no, I just don’t believe him.

“But Tim at this point just doesn’t seem to be listening to Sally, he’s supporting his dad, and from that point of view, you can understand both sides really.”

Asked how Tim’s decision will affect the couple going forward, Sally added: “Well because of what has happened [with coronavirus] I have no idea where they are going to go with this.”

However, the star teased: “I’m really hoping that’s how it goes, that it puts a massive strain on their relationship.

“I can’t wait to get more scripts actually to find out how this will affect Sally and Tim going forward, as we were at such a pinnacle moment in the story when production completely stopped.

“If we can play two to three-hander scenes it’s going to be interesting to see Sally and Tim’s take on it.

Will Sally manage to help her partner see his dad for the monster he really is or could the pair be heading for a split if they are unable to work through the ordeal?