Sally (played by Sally Dynevor) has been a background character to the coercive control storyline currently playing out on Coronation Street with Yasmeen (Shelley King) and Geoff (Ian Bartholomew) taking centre stage in the harrowing plot. The abusive ordeal the pensioner is being subjected to has been building for some time and reaches a peak next week on the ITV soap when a horrifying sequence of events unfold. However, it seems the stalwart’s wedding to the abuser’s son Tim Metcalfe (Joe Duttine) will be the catalyst, but could this lead to the big day being ruined as the truth is finally exposed?

Viewers of the cobbles-based drama know Tim wanted to give Sally the wedding she has always dreamed of, given they weren’t legally married as he had married another woman years before.

After sending his wife Charlie Woods (Sian Reeves) packing with a shed load of money, the taxi-driver didn’t have the funds to pay for his nuptials.

Enter Geoff, who told his son he would pay for everything given he had taken control of Yasmeen’s finances months before and was likely to use this money pot to fund the reception.

It seems the penny drops for his wife when they congratulate the happy couple next week, but will she ruin Sally’s day by revealing what’s been happening behind closed doors? 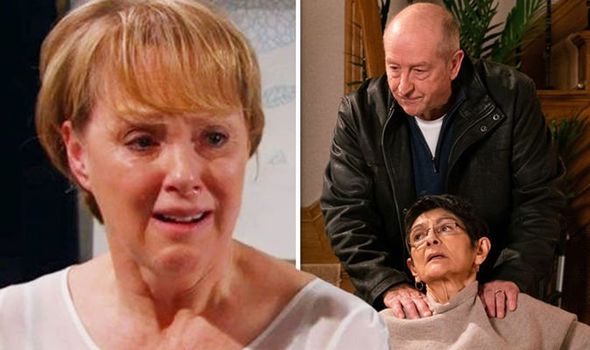 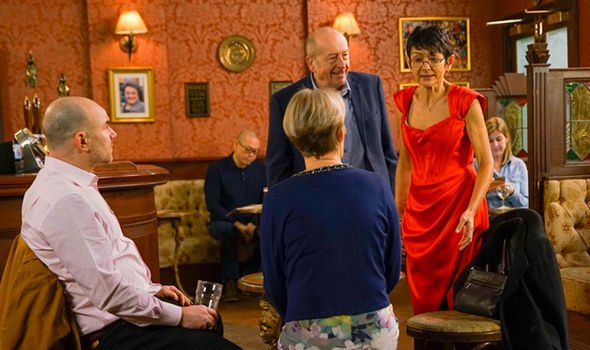 The drama begins when Yasmeen and her controlling husband are getting ready to attend the wedding breakfast, but Geoff isn’t too pleased with what she’s wearing.

Instead, he tells her to go and get changed into a dress he got his hands on for an escort, completely unsuitable for the occasion.

Unable to defy his orders, the pensioner puts on the overtly sexy dress and feels completely embarrassed when she arrives at the Rovers Return.

Everyone is shocked to see her wearing such an outfit, but she’s the one left speechless when Sally and Tim want to raise a toast to her. 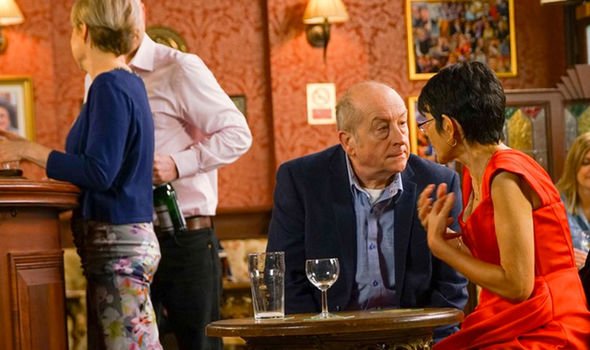 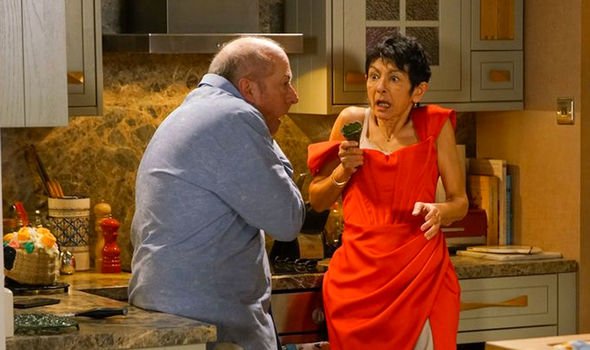 It quickly dawns on Yasmeen her money was probably used to pay for the big day and it will be clear by the look on her face she had no idea.

If Sally and Tim see Geoff’s wife’s reaction to the revelation, will they begin to question if her husband has been controlling her?

They have both shown doubts in the past about what’s really going on in the Nazir household, with the groom discovering his mother-in-law locked inside a box and the bride trying to tell her neighbour she had spoken to her granddaughter Alya Nazir (Sair Khan).

The latter has raised concerns about her grandmother’s spouse, so Sally could put two-and-two together as her wedding day turns into a disaster.

That spurs us on to do our best

Viewers will have to wait and see if Geoff’s true colours are exposed at the reception, but whatever happens, the situation escalates once they’re back at home.

With Yasmeen at her wits end over her husband’s constant manipulation and she ends up attacking him with a glass bottle.

A trailer released for the dramatic episodes see the pensioner telling a phone operator she has killed her husband.

Will her father-in-law’s death be another bombshell which ruins Sally’s second wedding day to Tim?

Speaking about the impact of the storyline, Yasmeen star Shelley, 64, has spoken out about the people she has met in her character’s position.

“To know and to have heard from people who have been suffering, both men and women in these circumstances, to hear that we have opened a door for them is incredible.

“This is domestic abuse but has only been recently recognised as such, there is no evidence there is no black eye, no scars, not physical ones it is hidden.

“That spurs us on to do our best because there are so many people I have spoken to, have met who have started talking about things that have puzzled them about relationships of people they know.”

If you or anyone you know has been affected by Yasmeen’s storyline, please find more information by visiting the Women’s Aid or call Refuge on 0808 2000 247.