After releasing on Netflix last weekend, Cursed quickly shot to the top of the streaming service’s most watched series. Fans have been enjoying the new version of Arthurian legends from comic book legend Frank Miller, but have spotted a number of distracting historical inaccuracies.

Starring 13 Reasons Why star Katherine Langford, Cursed explores the year’s leading up to King Arthur taking the throne of Camelot.

Langford portrays the Fey sorceress Nimue, a powerful young enchantress destined to become the fabled Lady of the Lake.

During her clash with the Red Paladins, Nimue crosses paths with a mysterious mercenary named Arthur (played by Devon Terrell), who is eventually destined for greatness.

The series has received some mixed reviews, but Netflix subscribers have mostly been enjoying the powerful lead performances and fantasy action. 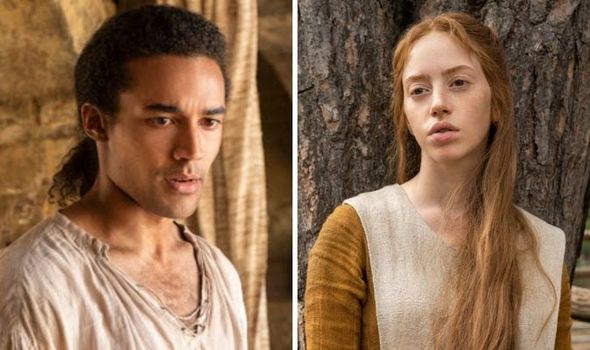 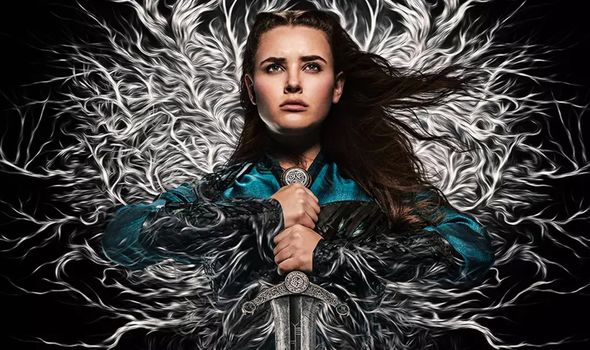 Unfortunately, the first season’s decision to mash up a range of historical events and mythological stories has led to confusion amongst some viewers.

Like other adaptations of the King Arthur legend, the series takes place in medieval England but is populated by magical creatures and fictional monarchs.

However, although the show’s setting is intentionally ambiguous, some observant fans have pointed out some historical references which are just plain wrong.

One fan took to Reddit when they noticed an out of place moment in episode two. 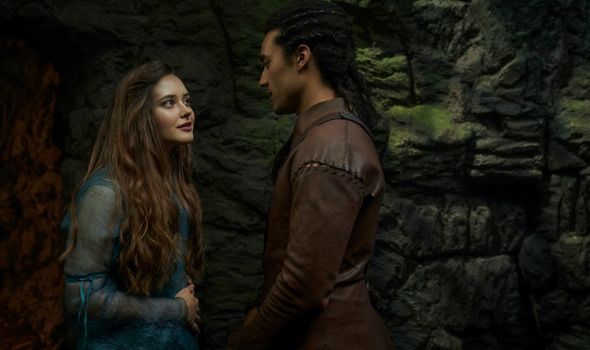 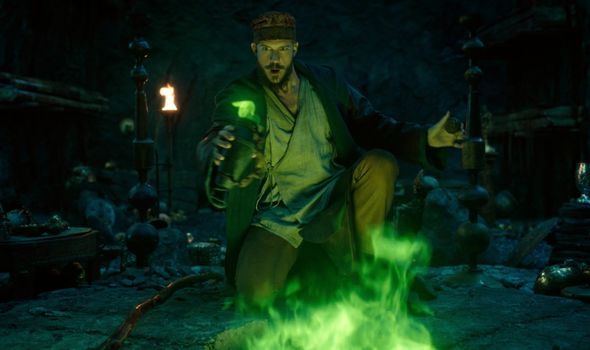 Redditor Entropy_14 posted: “As a history buff, there was a scene in episode two where a town crier read a proclamation from the Holy Roman Emperor.

“For context, the legends of King Arthur were said to happen around the 5th and 6th centuries while the HRE wasn’t even founded until the 10th century.”

Moreover, Britain was actually never part of the Holy Roman Empire when it was eventually established.

Even if Cursed was set some 500 years after traditional Arthurian legends, the townspeople depicted in the series certainly wouldn’t be hearing messages from an Empire they weren’t a part of.

Another fan was puzzled when the wizard Merlin (Gustaf Skarsgård) fondly remembers his time with Charlemagne, or Charles the Great.

They said: “Also, at one point Merlin reminisces about Charlemagne who wouldn’t be born until at least 200 years later.”

Vikings favourite Gustaf Skarsgård steps into the role as the legendary sorcerer, and fans have been divided over his portrayal of the iconic character.

Other fans suggested Cursed’s strange new take on Merlin may have been inspired by T.H. White, who reinvented the King Arthur story in The Once and Future King.

One viewer replied: “T.H. White’s version of Merlin travels backwards in time, so he remembers the future like it was the past.”

However, as another viewer pointed out: “Sure, T.H. White’s version, but there’s nothing saying that this Merlin does that. All his other memories (like of Nimue’s mother) are the actual past.”

Luckily, most viewers have remembered the series is complete fantasy, so the odd historical blunder here and there haven’t been taken too seriously.

Following the catastrophic cliffhangers in the first season’s finale, Cursed may be able to offer more explanations for the show’s murky timeline in a potential second season.

Cursed season 1 is available to stream on Netflix.