During Thursday’s episode of The Late Late Show, the 53-year-old actor and the 43-year-old presenter challenged themselves in recreating iconic scenes from 24 hit movies in 10 minutes.

As the actor was about to deliver the killer line, the British comedian used this moment to channel Britain’s most beloved character.

‘Come on, mate, give me a break. It’s your last Bond movie, give someone else a shot. Yeah, let’s do it. Come on. Appletini, shaken not stirred,’ James said.

However, there can only be one James Bond, and Daniel was quick to remind James just that, by punching the presenter in the face. 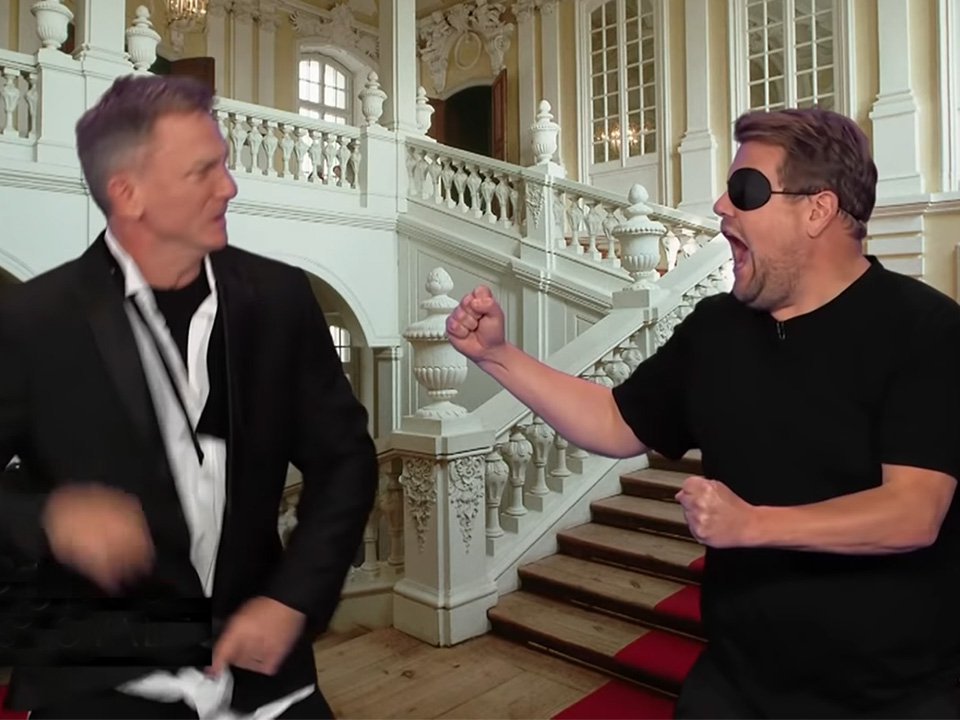 The British actor has had quite an emotional week, as he was also honoured with a star on the Hollywood Walk of Fame.

Daniel joked that he will be ‘incredibly bitter’ over whoever picks up his licence to kill and replaces him as Bond.

No Time To Die, which was released in the UK on 30 September has been record-breaking at the box office, grossing more than £25 million over its opening weekend.

Daniel’s final outing as James Bond achieved the highest-ever three-day domestic opening in the franchise’s 60-year history, producers said, and the sixth biggest opening for a film ever.

The Late, Late Show airs on CBS in the US.