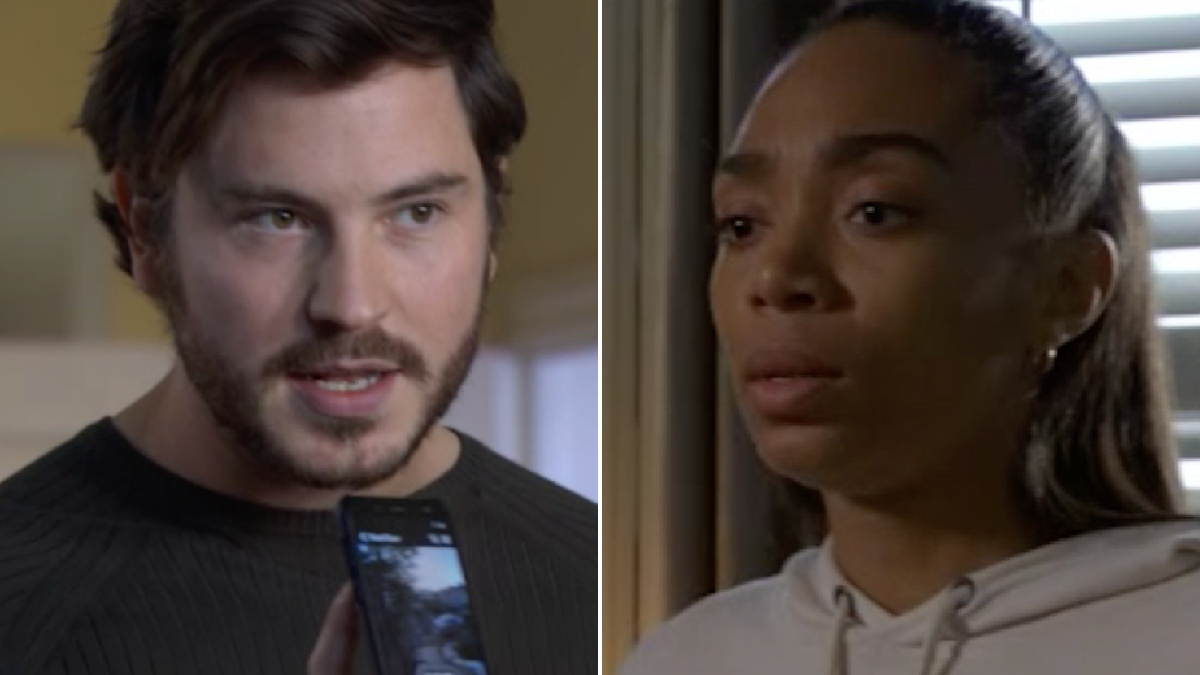 Gray Atkins (Toby-Alexander Smith) demanded an explanation from Chelsea Fox (Zaraah Abrahams) in EastEnders, after he discovered that she’d lied about where she’d been.

The abusive killer has been keeping a watchful eye on wife Chelsea, ever since she tried to escape his grasp at Christmas.

Tuesday’s (January 18) offering of the BBC One soap saw him insist that they spend the day alone together in the house. Chelsea, however, urgently needed to get her passport sorted so that she could register Jordan’s birth.

Desperate for help, she rang Kheerat Panesar (Jaz Deol), who popped over to No.1 in a bid to distract Gray.

His plan worked, as he managed to convince the killer to join him, Martin Fowler (James Bye) Mitch Baker (Roger Griffiths) and Zack Hudson (James Farrar) for drinks at The Vic.

Chelsea, meanwhile, headed off to get her passport sorted, hoping she would make it back in time before Gray noticed she’d gone.

Kheerat did everything in his power to keep Gray distracted, but soon enough, the abuser made his way back home.

Chelsea, despite her fears, successfully made it back to No.1 first, but Gray caught her as she entered the house. She thought on her feet, claiming to have popped out to get some milk.

Gray bought her cover story, but he soon found out she was lying, as he revealed that he’d had doorbell cameras installed and thus checked the footage.

He branded Chelsea a liar, and demanded that she explain why she was out of the house for hours.

Chelsea is in huge danger, but will she manage to come up with a tale convincing enough to stop the killer from taking awful action?

EastEnders continues Thursday January 20 at 7:30pm on BBC One.