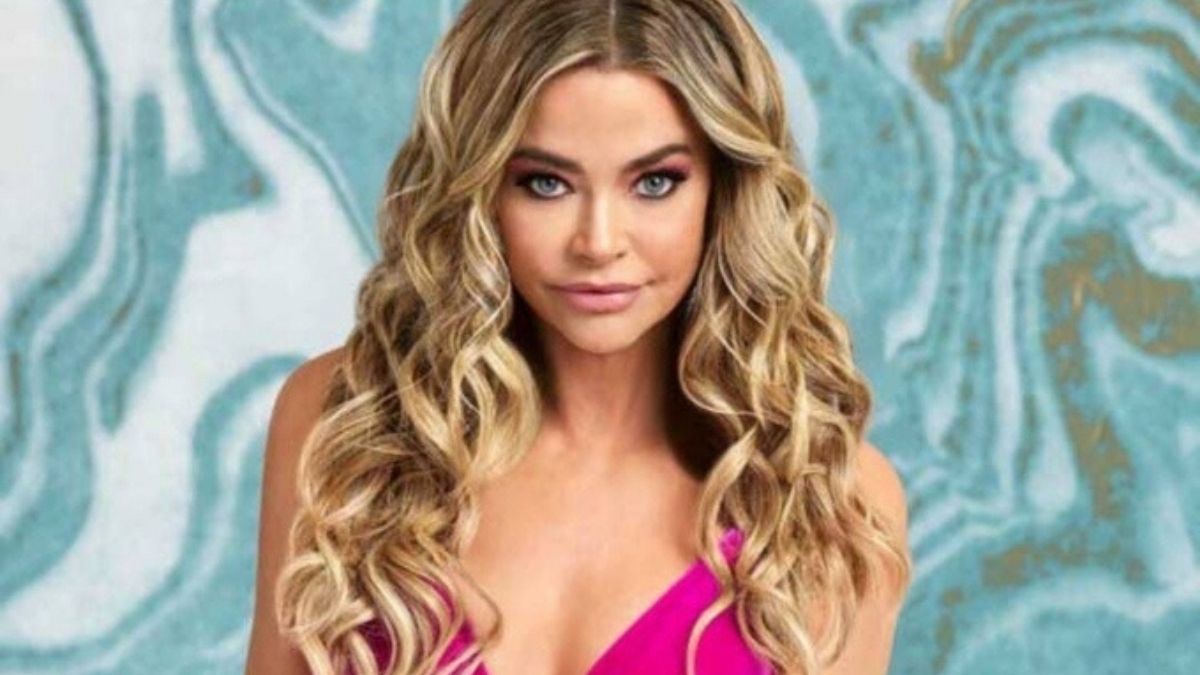 It’s the news many of us saw coming from a mile away, but now it’s official! After two seasons on the show, Denise Richards is leaving the Real Housewives of Beverly Hills.

The announcement came right after part 2 of the RHOBH reunion aired last night.

The Brandi Glanville affair scandal was a major topic of conversation since the storyline dominated the season.

The cast has been trying to get to the truth of what really happened between the two women despite constant denials from Denise.

Throughout the season, the cast has been divided– with many taking Brandi’s side in the she said/she said.

There have been many holes in Denise’s story as she denied even being friends with Brandi saying she barely knows her.

Yet the mom-of-two showed the women a full year’s worth of text messages between her and Denise, which made them doubt the actress’ version of events.

Now, I guess it was all too much for the blonde beauty, who just confirmed her departure from the show.

Variety reported that a representative for Denise announced she would not be returning to the show.

Bravo also shared the news on their Instagram page bidding goodbye to the Wild Things actress.

The network also confirmed the news on the Bravo TV website, which came right after part two of the RHOBH reunion aired last night.

However, the news shouldn’t really come as a surprise to viewers who saw how the season ended.

It’s very hard to imagine how things would have fared if she had signed on for a third season, given the current state of her relationship with the cast. 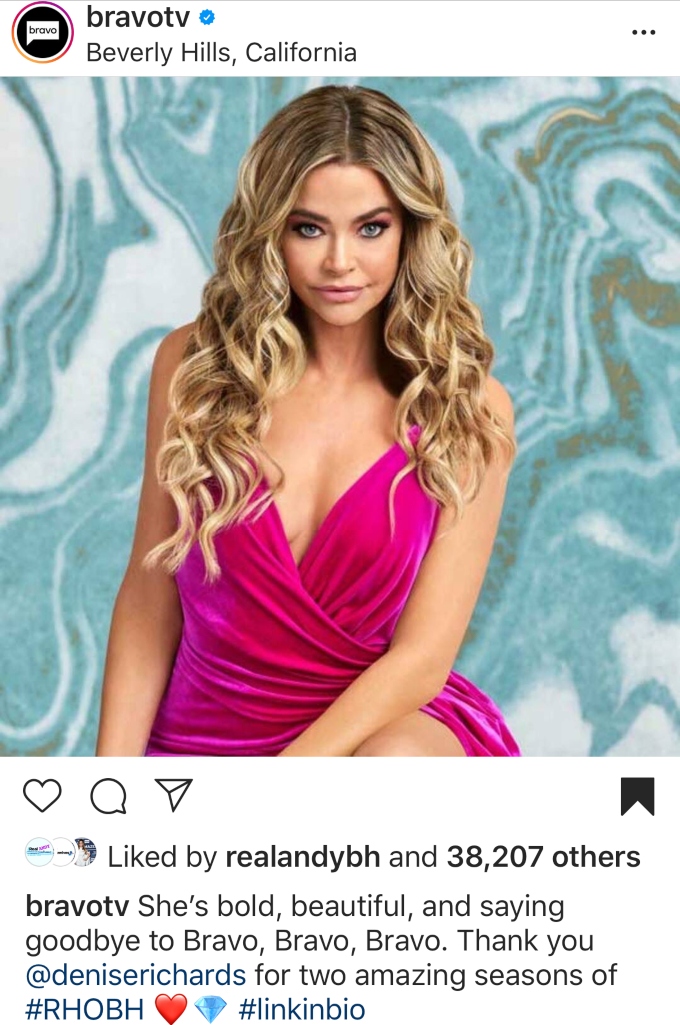 Denise has had a rough season

The 49-year-old joined the cast during season 9 and her outspoken attitude was a breath of fresh air for viewers and even for the RHOBH cast.

Denise was very vocal about her marriage to ex-husband Charlie Sheen and about her sex life with current husband Aaron Phypers.

However, during her second season, some cast members felt that she was more subdued, in an attempt to try and clean up the image she had portrayed during her first stint on the show.

Then, the Brandi Glanville affair scandal rocked the 90210 and things were never the same for Denise.

Now, she’s making her exit and we’re excited to see who will take her place as the next Beverly Hills housewife.

Viewers are hoping it will be Kris Jenner, but we’ll just have to wait and see!

Part 3 of the Real Housewives of Beverly Hills reunion airs on Bravo Wednesday, September 16 at 9/8c on Bravo.

END_OF_DOCUMENT_TOKEN_TO_BE_REPLACED

END_OF_DOCUMENT_TOKEN_TO_BE_REPLACED
This website uses cookies to improve your user experience and to provide you with advertisements that are relevant to your interests. By continuing to browse the site you are agreeing to our use of cookies.Ok