Friends will do a lot for one another. And in Hollywood, that could mean using your personal life to distract the media. Here’s why actress Nina Dobrev’s relationship reveal lining up with TV personality Julianne Hough‘s separation news doesn’t seem like an accident.

Nina Dobrev and Julianne Hough have been friends for years 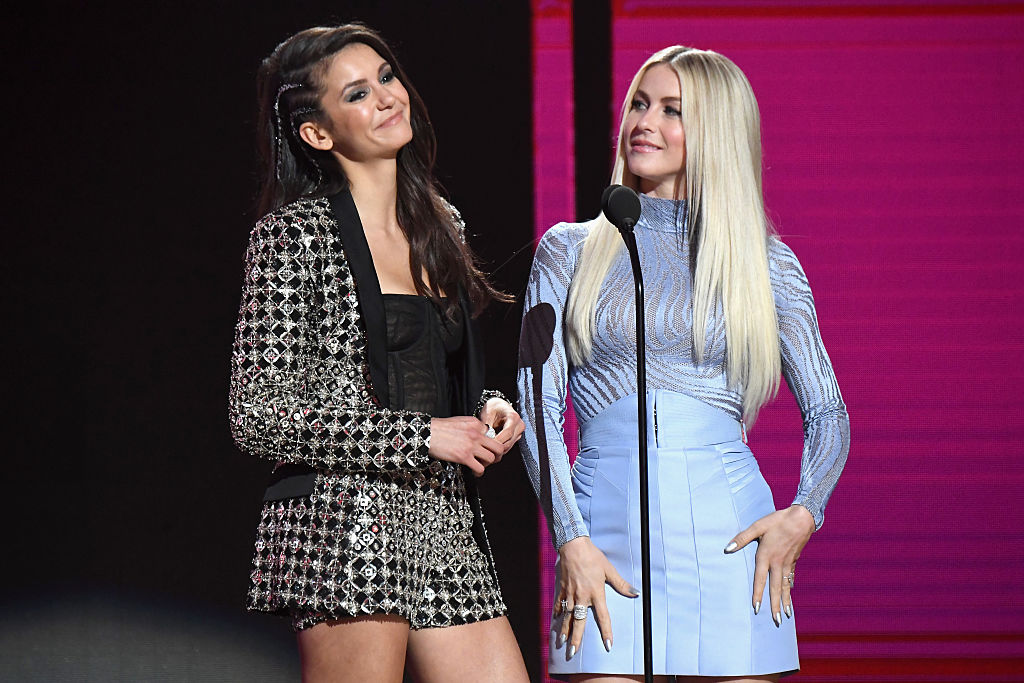 RELATED: Did ‘The Vampire Diaries’ Stars Nina Dobrev and Paul Wesley Ever Date?

As the story goes, The Vampire Diaries actor and the Dancing with the Stars judge met in 2012, through their hairstylist, Riawna Capri. “She’s like, ‘You guys have to meet.’ We’ve just been like joined — connected at the hip,” Hough told E! News of their friendship in 2013.

Over the years, the pair have attended many events together, from award shows to launch parties to sporting events. They’ve mingled with other stars like Kaley Cuoco and posed for photo ops with Jennifer Lopez. And in 2016, they even presented together at the American Music Awards (above)

They’re always going on adventures together

But parties are far from the only thing Hough and Dobrev do when they get together. As Dobrev told Cosmopolitan in 2013, “It’s been cool to find an active buddy – there are lots of girlie girls around. We don’t talk about makeup; we talk about life.” And if you thought that was just talk, you haven’t seen their Instagram posts together.

Along with a group of pals that often includes Gossip Girl actress Jessica Szohr, Dobrev and Hough have traveled a lot together. Sometimes they take short snowboarding trips to Mammoth Mountain, staying closer to their Los Angeles home base. But they celebrated Dobrev’s 30th birthday with a lengthy vacation, traveling to South Africa for a trip that included a safari.

Julianne Hough and Brooks Laich have called it quits after almost three years of marriage. ? "We have lovingly and carefully taken the time we have needed to arrive at our decision to separate," they say in their joint statement. Tap the bio link for their full statement and details on their split. | ?: Frazer Harrison/Getty

RELATED: Are Julianne Hough and Brooks Laich Heading for a Divorce?

When Dobrev and Hough were first spotted hanging out, many (including the author of the Cosmo profile) made the assumption that they bonded over their recent heartbreaks. At the time, Dobrev had split from TVD co-star Ian Somerhalder, while Hough was fresh off her breakup with Ryan Seacrest.

Shortly thereafter, Hough began dating hockey player Brooks Laich. The pair were engaged in 2015 and married in 2017. However, on May 29, 2020, they officially announced their separation. “We have lovingly and carefully taken the time we have needed to arrive at our decision to separate,” they said in their joint statement.

It could be a coincidence, but just one day before this, Dobrev did something to take the attention away from Hough’s sad news. The Fam star has been rumored to be dating snowboarder Shaun White. During the coronavirus (COVID-19) pandemic, they were spotted hanging out, but nothing was official.

That is, until Dobrev shared a post to her Instagram account. In it, she reveals she’s cut White’s hair. White also shared photos on his page, including a time-lapse video of the process featuring Dobrev. While it could just mean that they’re friends, it looks to most as though this makes them Instagram official.