EastEnders fans are still in the dark over Jean Slater’s (played by Gillian Wright) health, despite the soap dropping multiple hints that her cancer could be back, this time in the breast. In previous episodes, viewers have seen how difficult Jean has found it trying to hold the remaining Slaters together as a family, especially with Stacey Slater (Lacey Turner) serving time in prison and her daughter, Lily Slater (Lillia Turner) struggling to adjust. Express.co.uk spoke exclusively to Marie Curie about Jean’s possible cancer storyline and the impact it could have on her grandchildren. The charity discussed the best way to approach children with this sort of news and how best to prepare for their reactions. Should Lily find out her grandmother has cancer, could she flee Walford?

BBC One fans have been suspicious of Jean’s health since before Christmas.

She battled ovarian cancer back in 2019 and then received the all-clear in 2020.

After finding a lump on her breast, Jean visited the doctor, and they advised she see a specialist to confirm whether or not the lump was benign or cancerous, but fearing the worst, she refused the appointment and has been living in terror ever since.

During a previous episode, EastEnders fans saw her sitting at her dresser and recording a video message on her birthday for her family and friends.

She explained how the cancer was “back” and despite not having tests and results she could “feel it”. 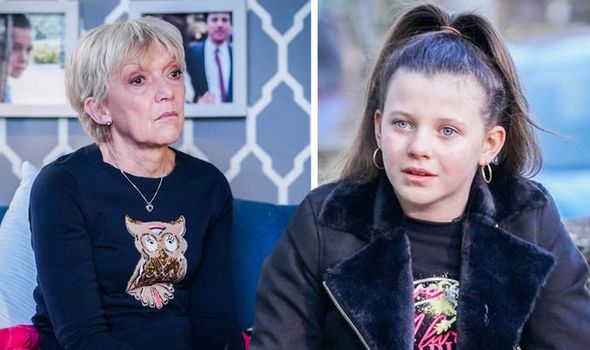 To add to this, she has suffered sharp pains in her abdomen as well as dizzy spells.

Express.co.uk has contacted BBC for comment, but they are keeping details of Jean’s storyline under wraps and won’t confirm or deny whether she has cancer.

Speaking to Marie Curie about the storyline, Ann Scanlon, Senior Children and Young Person’s Counsellor spoke about the best way to approach children and young people with difficult news, should Jean have to sit down with Lily and tell her the truth.

“Honesty is the best route to take. It says to the child ‘I am important, and you trust me,’” She explained.

“Start by asking them how much they understand about their loved one’s illness? Have they any questions and what would they like to know. This will allow the child to have a voice and will say to that child, ‘you are prepared to listen to me’.

“It will also give the adult further information as to how much the child understands. Sometimes in grief they know more than the adult is aware.

“It can also be useful to have the conversations as a family unit with all the children together. Be direct. Don’t be afraid of using words such as death and dying. This helps children and young people know exactly what is happening. 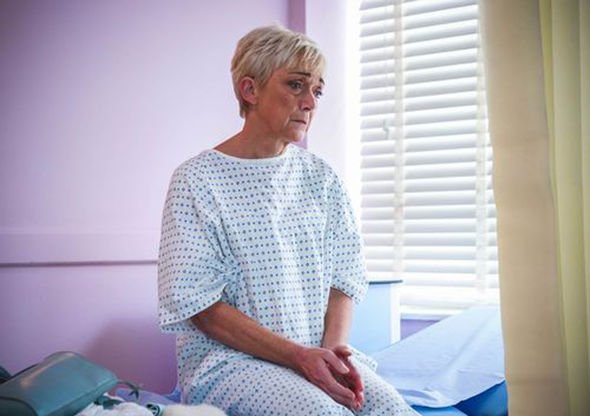 “Don’t use phrases such as ‘Nanny will have to go to sleep very soon and will be leaving us’. This could put fear into the child that if they go to sleep, they too will leave their special person. It can also spark questions such as ‘why are they leaving me, have I done something wrong?’.

As for how the news of a family member dying affects a child, Ann went onto discuss the possible signs which could arise: “Imagine a child’s life is like a jigsaw puzzle. They are constantly putting the pieces together to get the full picture of what is happening around them.

“If someone in the family is terminally ill and it isn’t spoken about with the children, their pieces of the puzzle are not going to fit or there will be pieces missing. They will never see the complete full picture.

“This will leave them in isolation, dealing with the changes that they see happening around them. These could include visual changes in the person’s physical health, different people coming and going in the house, the change in emotions of people around them and the absence of fun things they can no longer do with their special person. 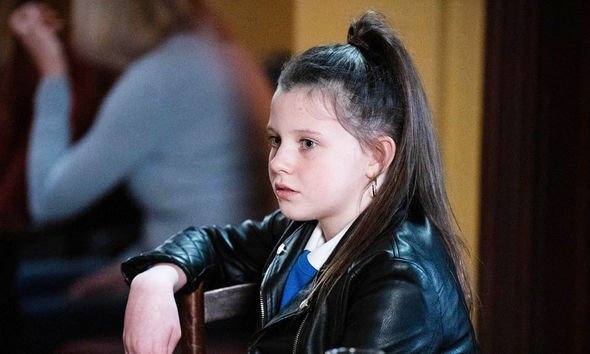 “The child will take all this on board and trying to put it together but may have many bumps along the way as they will be working it through by themselves,” she added.

“Some of the signs that can let you know that the child may be struggling through their grief include, increased time in their bedroom, change to eating and sleeping patterns, isolating themselves, not wanting to go to school and changes within their friendship groups.

“Grief is different for all children, but the age of the child can also impact on their grief.

“The younger the child, the smaller the window you’ve got to address grief. A younger child has more coping mechanisms – they talk very literally and use the actual words death and dying.

“With a younger child, let them know they are part of the journey and an individual in the family as everyone deals with things very differently. Try to be led by them.

“With teenagers, we expect them to have the right words, but a lot of the time they don’t – they put a lot of pressure on themselves to support the adults and be brave.

“They also want to continue life as they have done before and then there’s a feeling of guilt. But it’s important to acknowledge that this is okay.

“Sometimes children will be trying to protect parents in fear of upsetting them. It’s important to explain to them that their tears are their medicine. Through crying you are preventing the build-up of emotion and it can help.

“If a child sees an adult cry, it can sometimes take the pressure off them too,” Ann said.

As for what support the charity offers for young people in this situation, Ann revealed: “At Marie Curie, we offer advice and support for parents in how to talk to their children as well as one-to-one and group support for young people where they can meet others going through similar experiences.

“We also provide training for teachers so that the child or young person gets the support they need at school too.”

This week’s episodes of EastEnders are available to watch on the BBC iPlayer now, or tomorrow night at 7pm.

Marie Curie is the UK’s leading end of life charity.

The charity provides essential frontline nursing and hospice care for people with any terminal illness, a free support line and a wealth of information and support on all aspects of dying, death and bereavement

It is the largest charity funder of palliative and end of life care research in the UK.

Marie Curie is committed to sharing its expertise to improve the quality of care and ensuring that everyone has a good end of life experience.

And they are calling for recognition and sustainable funding of end of life care and bereavement support.

Marie Curie’s information and support line is available for anyone with any questions about dying, death, bereavement and terminal illness. Call free on 0800 090 2309 or visit mariecurie.org.uk/help/support.