EastEnders resident Chantelle Atkins (played by Jessica Plummer) has been left living in fear of her smooth-talking husband Gray (Toby-Alexander Smith) after he has been subjecting her to violence behind closed doors. Gray has done everything in his power to make sure Chantelle does not leave him but as she grows closer to Khreerat Panesar (Jaz Deol), could he feel forced to take drastic action in his most harrowing move yet?

When Chantelle and Gray arrived in Walford last year, they appeared as the perfect couple to all their new neighbours.

However, BBC viewers were left horrified when Gray attacked his wife at their home.

Since then, Chantelle has been continuing to try and live her life whilst remaining scared of what Gray might do next.

The legal-eagle has been helping with Whitney Dean’s (Shona McGarty) case on the Square and the pair have gradually become closer. 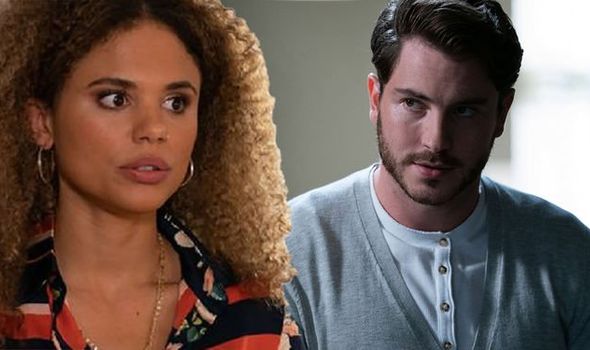 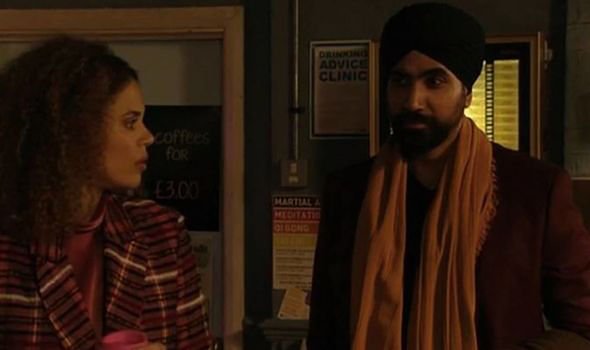 New spoiler pictures have now revealed Whitney will make a move on Gray but the latter will still find his wife at fault.

Chantelle was delighted when the Panesar family moved into the Square as it was revealed she had known the clan when she was at school.

She seemed to be particularly friendly with Jags (Amar Adatia) and there were hints made the pair were once an item.

However, when Gray saw how well the pair got on, he gave his wife a warning about continuing her friendship with the brothers, admitting he didn’t trust them. 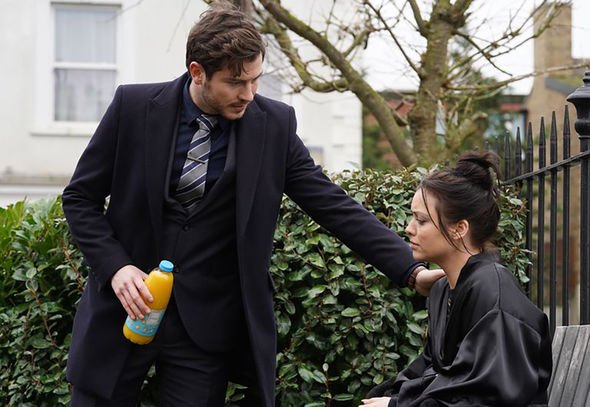 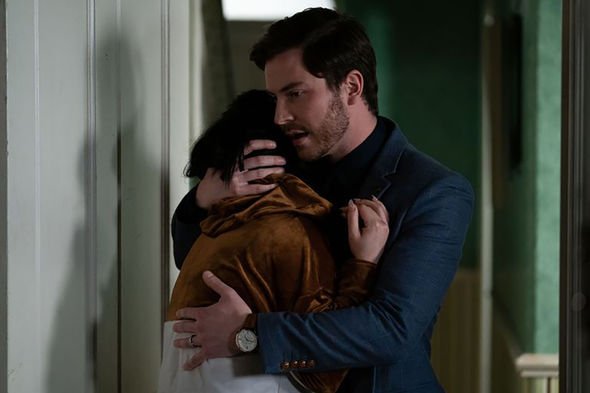 Despite this, Chantelle has seen herself flourish in her new job at Kheerat’s new call centre.

She has been impressing her new boss and the two have grown closer, with hints there could be romance in the air.

When the pair got locked in the office together, they had a heart to heart and fans of the BBC soap were desperate for Chantelle to reveal the truth about Gray’s actions.

Unfortunately, she is still yet to open up about her abuse but could it be too late after another resident’s error puts her in more trouble?

As expected, Gray is far from pleased about his wife’s new job where she has reconnected with her past but his temper will step up a gear in episodes to come.

Chantelle goes to borrow her husband’s car to pick up some computers for Kheerat which leaves Gray riled up.

It will transpire he has put a tracking device in the car, unbeknownst to his wife and he is furious when he notices the locations she has visited.

However, when he spots the car has made a journey to Stratford he will become convinced his wife is having an affair.

Viewers know it was Ben Mitchell (Max Bowden) who made the journey for his dodgy dealings with dad Phil (Steve McFadden).

The pair managed to pull off the risky job but it looks like Ben’s decision to use Gray’s car – which was in The Arches at the time – could put Chantelle in new danger.

When Gray makes the discovery, he will immediately jump to the wrong conclusions and become furious with his wife.

However, with him desperate to control her every move and stop her from getting close to anyone else, could he end up trapping her in the pair’s house?

Will Chantelle manage to prove her innocence before it’s too late?

If you have been affected by Chantelle’s storyline, visit Women’s Aid here or ring the National Domestic Abuse Helpline on 0808 2000 247.

EastEnders airs Mondays at 8pm and Tuesdays at 7:30pm on BBC One.