EastEnders resident Keegan Baker (played by Zack Morris) has been embroiled in a battle with the police after the obvious racial bias against the teen. He has been proven innocent of his alleged crimes but as he tries to move on, his mum Karen Taylor’s (Lorraine Stanley) exit looms closer, could Keegan decide to make the move with his mum, bringing Tiffany (Maisie Smith) in tow as he looks to the future?

Tiffany and Keegan shocked their family last autumn when they revealed the would be getting married.

The pair fled to Gretna Green to tie the knot and after some persuasion, they received their respective families’ blessing.

However, married life has been far from straightforward for the couple and they have had their fair share of fiery rows.

Keegan has been in all sorts of trouble in the last few months as he has consistently been wrongly arrested and accused of crimes he hasn’t committed. 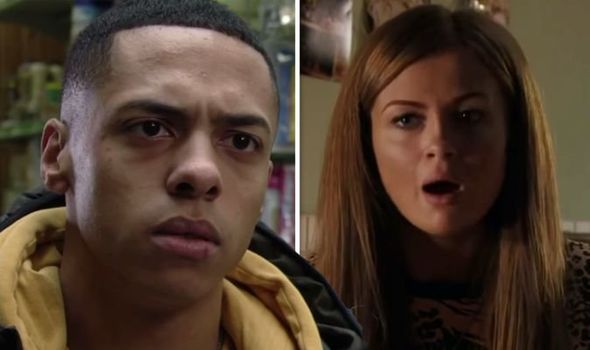 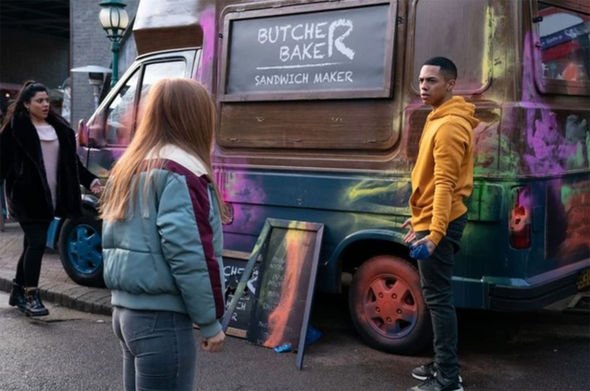 He became frustrated by the fact his wife was unable to see what was going on and the pair repeatedly came to blows.

However, things changed when Keegan was caught up in a brawl last month, with Tiffany by his side.

When Vinny Panesar’s (Shiv Jalota) launch party got out of hand, a fight broke out by the Panesar’s house, with the police soon being called.

When one of the guests threw a brick at the police, Keegan and Tiffany ran away seeing the danger they could be caught up in. 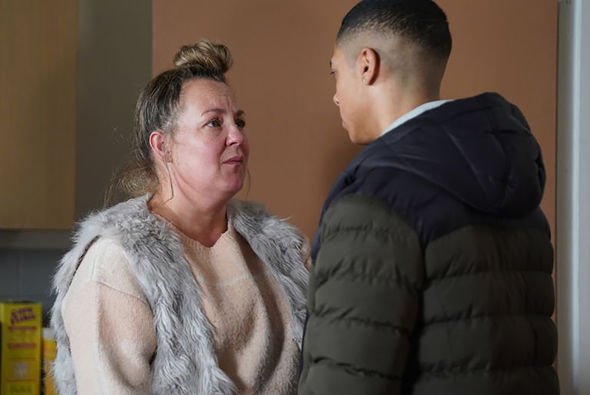 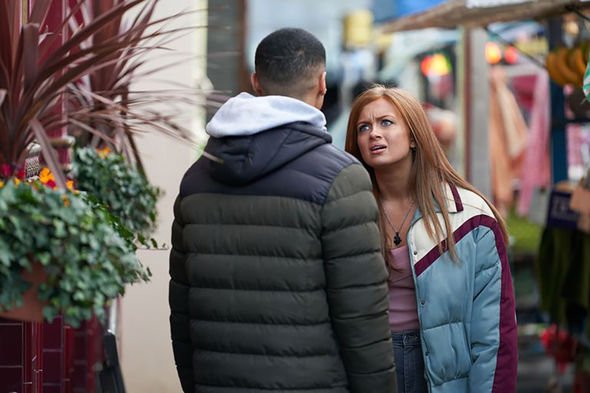 Unfortunately, this only made matters worse as an officer spotted them and came to the conclusion it was Keegan who had committed the crime.

He was arrested and it has taken weeks to clear his name after Jack Branning (Scott Maslen) finally received footage to prove Keegan’s innocence.

Keegan shared the video online against Jack’s instructions – leaving him furious – but the teen was later told the charges had been dropped.

As Keegan has tried to move on with his life and focus on his sandwich-making business empire, he was dealt another blow earlier this week, when his food van was vandalised.

When some a troublesome punter believed his van was a front for drug dealing, he was left humiliated but he was in for a more sinister surprise when they came back to attack the precious vehicle.

He revealed he wasn’t able to get it repaired due to not having insurance and was left devastated but could he now look for a new way out?

Keegan’s beloved mum, Karen, has been preparing to leave the Square with baby Kayden after Sharon (Letitia Dean) refused to look after him.

Now, it seems Keegan will be tempted by the move and in upcoming episodes, will ask Karen if he can move with her.

Meanwhile, Tiffany will talk through her relationship worries with Denise (Diane Parish), which will give her fresh hope they can move forward.

Will this be enough to keep the pair together or has Keegan already made his mind up about a swift exit?

However, with Tiffany prepared to stay with Keegan through just about anything, she could manage to get him back on side and give him another option.

Will the young couple decide to leave Walford in a bid to save their marriage and move on from a very difficult few months?

EastEnders airs Mondays at 8pm and Tuesdays at 7:30pm on BBC One.