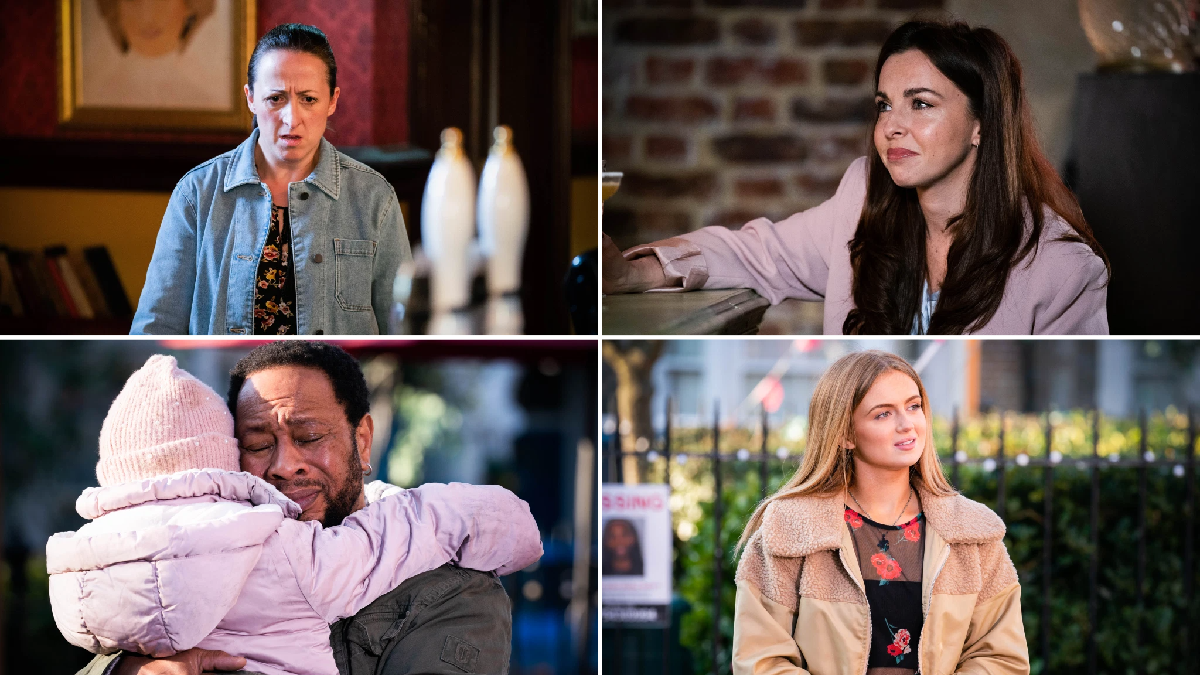 Bernie confides in Molly about how she’s planning to become a surrogate in order to help solve the Taylor family’s financial troubles. She admits that she hasn’t told Karen about the plan yet. Molly is unsure and asks Bernie to forget about the surrogacy for the sake of their relationship.

Bernie speaks to Rainie about the surrogacy proposal, but Rainie gently lets her down.

Denise catches Amy with Bailey at the allotments. Denise decides to take them both back to the Square. Mitch is overwhelmed by Bailey’s return and promises her that he now has his job back.

Nancy admits to Mick that it’s awful living with Sharon, but she’s still not ready to return home. Nancy also encourages Mick to finish off writing his victim impact statement, but Mick is unaware that Katy is outside the pub.

Frankie is hurt and confused when Shirley predicts that Mick’s victim impact statement will be enough to get Katy locked up for good. She then meets up with Katy, who asks her for a character reference.

Frankie lies to Shirley by promising that she refused to give Katy a reference. Shirley praises her loyalty, but Frankie is conflicted over what she should do.

Lily notices Zack flirting with Ruby. She asks Ruby whether she’s interested in Zack, but Ruby tells her to stay out of it. Later, Lily stirs up trouble by telling Martin that Ruby spent lots of time with Zack while he was away and that Zack even spent he night.

Terry Cant arrives in Walford and finds himself at the club, where he entertains a crowd. Sonia is not impressed and complains about Dotty’s role as a hostess at the club, warning that she won’t stand for her talking to old men. Later, Terry tells Tiffany and Denise that he has been looking for Sonia as he’s her father.

Terry tries to impress Sonia by recalling memories from her childhood, but she is not pleased to see him. However, Sonia finds a way to test him.

Terry also entertains the locals, letting them know how he got his nickname ‘Rocky’.

Mick tells Linda that he’s planning to read his own statement in court tomorrow.

Martin storms into the club while Ruby and Zack are talking about the gym launch.

It’s a huge day for the Carters in court.

Sonia remains unsure over Rocky, even though Tiffany and Dotty both like him. Dotty says that she’d love to be able to talk to her dad again, so she thinks Sonia should give Rocky a chance.