Whitney Dean (played by Shona McGarty) has had a troubled history on EastEnders after being abused as a child by Tony King (Chris Coghill). The troubled resident hasn’t had much luck with men and was horrified to discover her new boyfriend, Leo King (Tom Wells) was her former abuser’s son. However, now BBC soap fans suspect she’s holding a torch for Gray Atkins (Toby-Alexander Smith) and fear she’ll defend him if Chantelle Atkins (Jessica Plummer) leaves him.

Gray and Chantelle project the image of a perfect family but behind closed doors, they are hiding a dark secret.

Chantelle has been physically and mentally abused by her husband seemingly ever since their relationship started but her family have no idea.

In recent scenes, EastEnders fans feared for the hairdresser’s life when Gray incorrectly believed she had betrayed him and punished her for it.

Chantelle forgave her husband and has turned her attentions to supporting her friend Whitney as she awaits her murder trial. 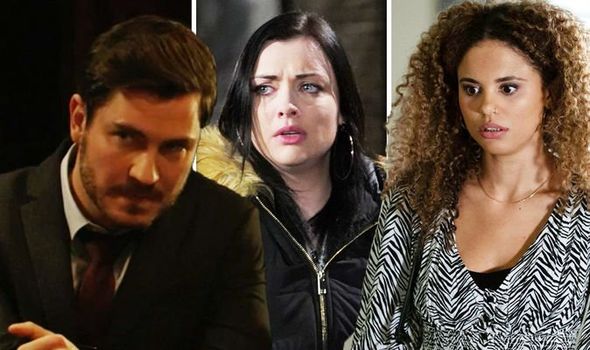 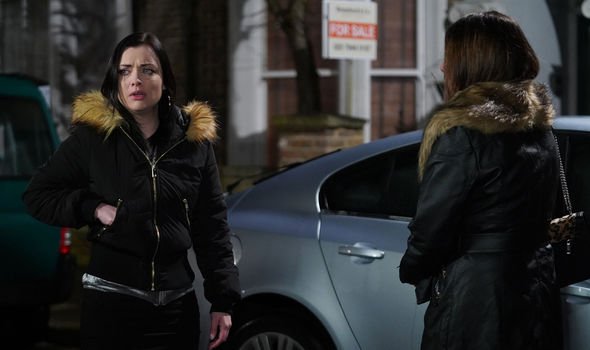 Gray is determined to clear Whitney’s name and a recent encounter with Leo’s mum, Michaela Turnbull (Fiona Allen) led viewers to believe the troubled market trader has feelings for the lawyer.

Michaela tracked Whitney down and persuaded her to tell her how Leo died but it wasn’t long before Gray interrupted the heated chat.

The lawyer led Whitney away to the Queen Vic and when Michaela confronted the duo again, Gray stepped in.

It wasn’t clear to Whitney or Chantelle what Gray said but his words were enough to make Michaela leave. 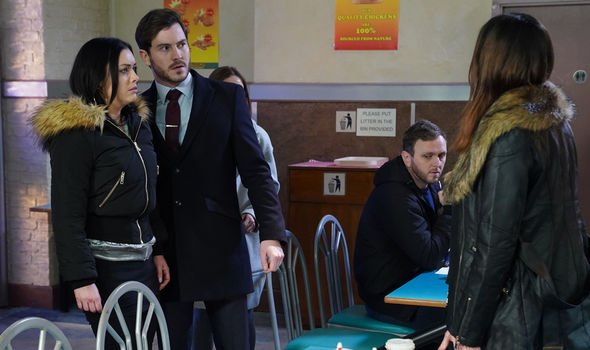 However, considering Whitney’s awful track record it could be very likely that she’ll develop feelings for Gray as he continues to fight her corner.

But if Gray loses his temper and attacks Chantelle again, this may be the sign she needs to leave her husband for good.

Would notoriously naive Whitney believe Chantelle or would she defend the man who’s fighting for her freedom?

Writing in a soap forum, one fan wrote: “Whitney will probably be the one who sticks up for Gray when this all comes out cause she feels like she owes him.

“Then they will get together and the nauseating recycle of Whitney unable to see what’s staring her in the face will resurface.”

Another theorised: “Gray will continue to abuse Chantelle but also perhaps mentally abuses Whitney – perhaps promising her that he’ll leave Chantelle for her.

“Or the abuse of Chantelle comes out but Whitney refuses to believe it. Eventually, both women crack.”

While a third fan tweeted: “I reckon Whitney will get involved with him but then the storyline will be to uncover the truth about Gray where she may team up with Chantelle or something #EastEnders.”

“RIGHT anyone else feeling a Whitney/Gray storyline coming on? #EastEnders,” another asked.

“Whitney being into Gray…please no! I hope they don’t have her repeat her pattern. Maybe she will see his abuse eventually and help Chantelle #EastEnders,” a fifth shared.

Someone else added: “I swear Whitney and Gray are going to end up having an affair in #EastEnders.”

Will Gray abuse Chantelle and Whitney or will the pair team up and expose Gray for the violent predator he is?

If you or anyone you know has been affected by Chantelle’s storyline, please see EastEnders help and advice page here.