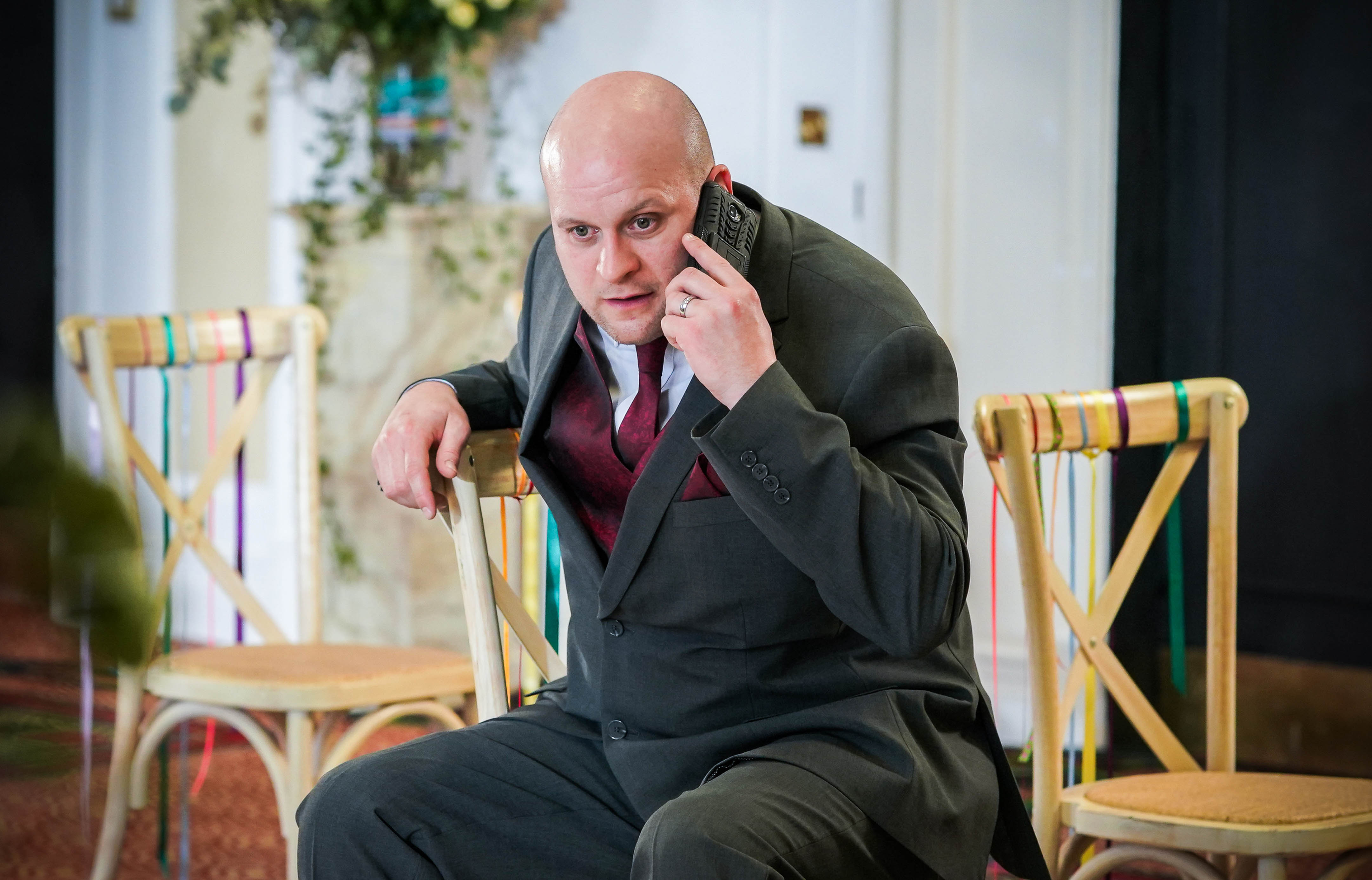 Stuart Highway (Ricky Champ) – a character in EastEnders who has changed dramatically in the last few years.

Relationships have been a rocky subject for Stuart, but one he’s managed to keep intact (just about) is the one with his brother Callum (Tony Clay) – who recently married Ben (Max Bowden).

Stuart’s determination to ensure his brother finally married the love of his life saw him – quite chaotically – search Albert Square when Ben was having doubts.

Following Ben learning of Callum’s police betrayal, he was worrying about getting married to Callum and with Stuart being Stuart, he accidentally revealed his brother’s betrayal to the one person that should’ve never have found out – Phil (Steve McFadden).

Stuart went into protective mode which led to some intense scenes between him and Phil, and as Ricky Champ recently revealed, these scenes required him to play his character with a ‘split personality’:

‘I had to play a character with a real split personality – so happy for my younger brother versus the threat of Phil walking through the door at any minute, which was so fun and interesting to play, always looking over my shoulder but still having so much joy for the festivities.

The scene with Steve was fantastic, I absolutely loved shooting that because it’s with Steve and I love working with Steve. It was a flash of the old Stuart – he was ready to kill Phil if he needed to!’

Away from dealing with Phil, Stuart is living a comfortable life working in the funeral parlour with his wife Rainie (Tanya Franks). He is now focusing on settling down rather than reigniting an old feud with his pal Mick (Danny Dyer) and is currently in the process of searching for a surrogate with Rainie.

As separate characters it’s been quite the journey for Stuart and Rainie, and the same can be said for them as a married couple.

Ricky continued his chat, explaining how despite Stuart and Rainie’s flaws, he feels they’re both strong enough to support each other and become parents:

‘Stuart is dealing with this huge balancing act at the moment trying to keep everyone happy, he doesn’t want to upset anyone and is taking quite a bit of flack from left, right and centre.

With all of their flaws, history and problems, they kind of cancel each other out and together they are definitely ready. It will be a whole new chapter in their life, these two people trying to raise a child, which will be interesting to play out.’