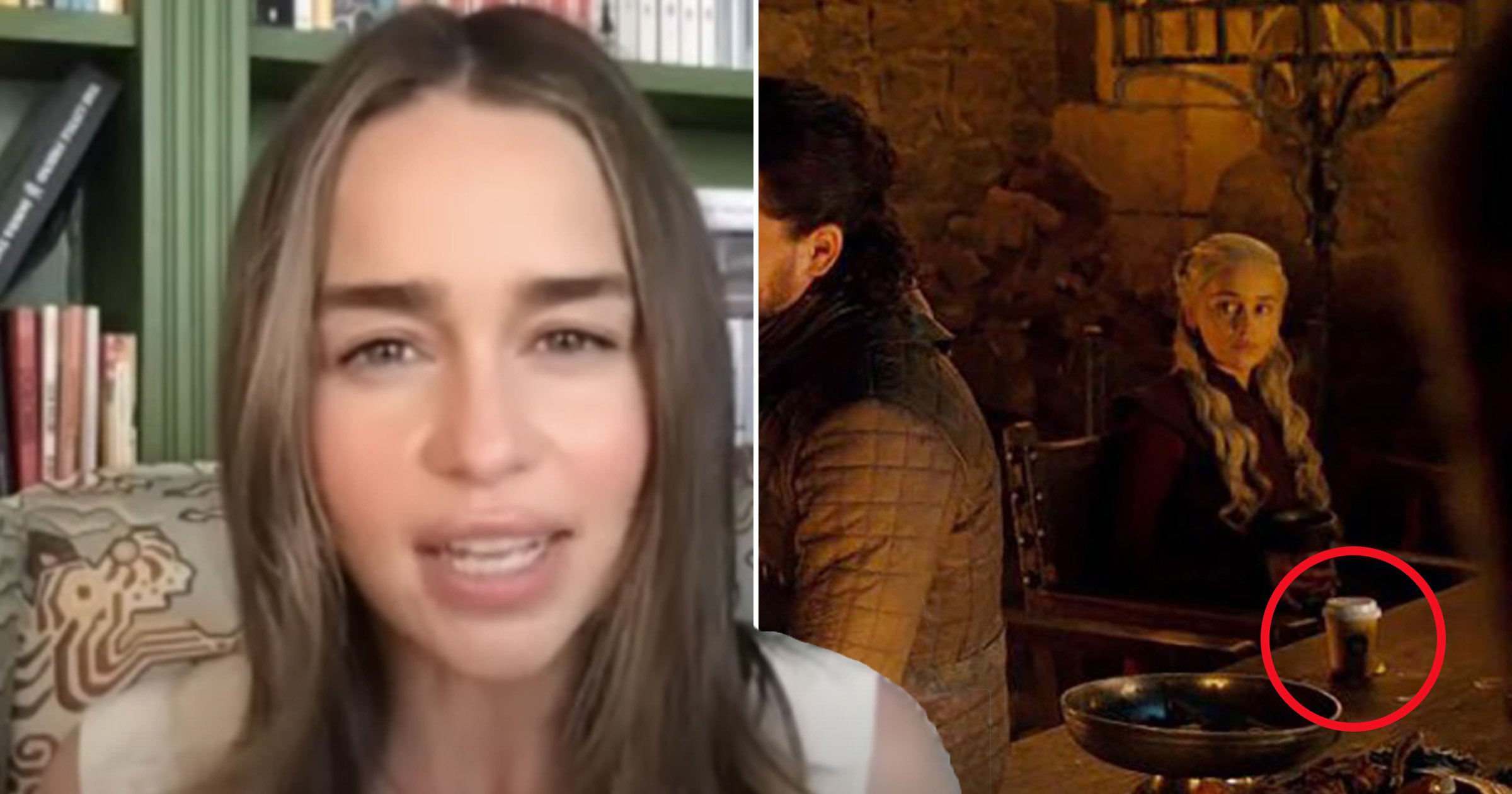 Emilia Clarke is stoking the fires to throw another suspect under the bus as the mystery surrounding that rogue coffee cup in the final season of Game of Thrones remains unanswered.

The 34-year-old starred as Daenerys Targaryen right until the very end of the fantasy epic, dying at the final hurdle as the Mother of Dragons was killed by her lover – and nephew – Jon Snow (Kit Harington).

But not before it appeared Dany grabbed a coffee from a local Westeros cafe, as – despite months of editing and millions was spent on season eight – a cup was spotted near her in the episode The Last of the Starks, making the final cut.

Answering questions for theSkimm’s digital series, Texting With, Emilia stressed the cup ‘was not mine’ and pointed the finger at another colleague.

She said: ‘Looking at you Dan Weiss…’

Bold move from the actress, as Dan is actually one of two executive producers for Game of Thrones. So she’s going big.

Dan isn’t the first Game of Thrones star Emilia’s accused of carelessly leaving the cup in shot, though.

‘It was his. It was Conleth’s coffee cup. He said so,’ she told the host.’

He, however, firmly denied all associations with the cup.

Game of Thrones is available to stream on NOW. Watch Emilia’s texts with theSkimm here.