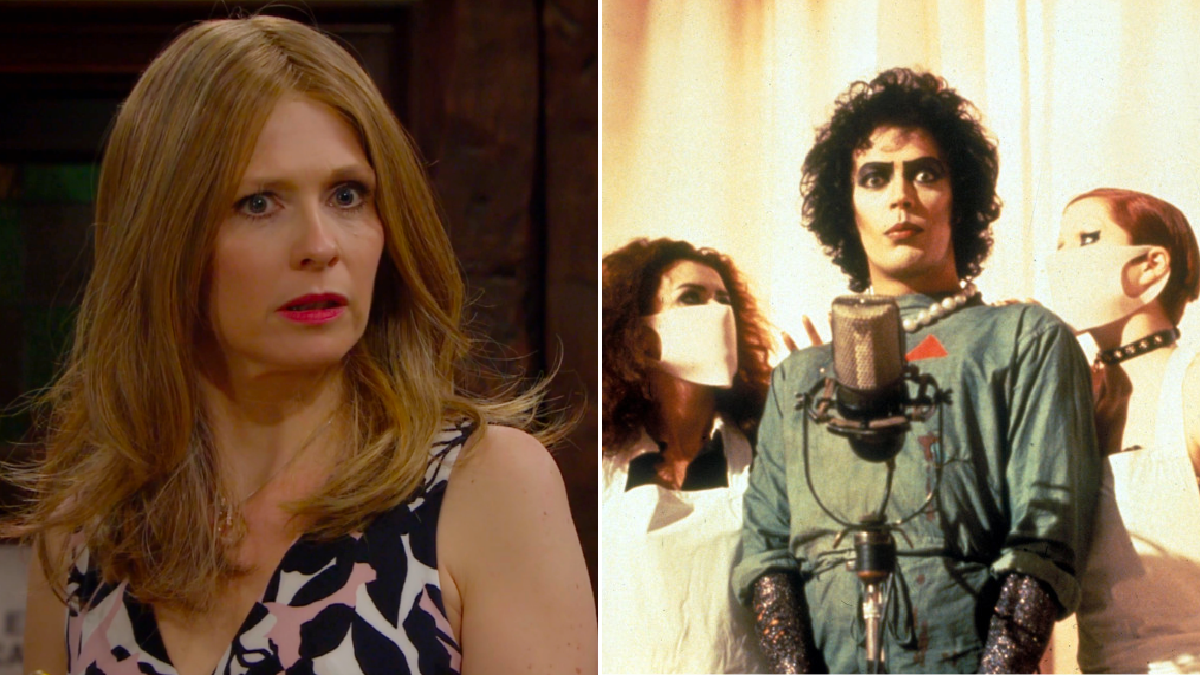 Emmerdale fans have been left in stitches after the ITV soap re-created an iconic scene from The Rocky Horror Picture Show.

Bernice Blackstock (Samantha Giles) surprised many a resident when she made an impromptu return to the village last week, but none were left in shock more so than her ex-fiancé Liam Cavanagh (Jonny McPherson).

Arriving in the Woolpack with new fiancée Leyla Harding (Roxy Shahidi), the resident GP paled as he spotted Bernice at the bar.

Leyla, believing her lover to have mistaken her for his ex, was livid, and – with a dash of contempt and a helping of confusion in her tone – uttered: ‘Bernice?’

Bernice, meanwhile, having set her sights on her former fiancée for the first time in nearly two years, said: ‘Liam!’.

Having now realised that Bernice was actually present at the bar – hence Liam’s uttering of her name – was similarly left speechless, but not before uttering another ‘Bernice’!

Having spotted her love rival, Bernice returned the favour with: ‘Leyla’.

The humorous showdown had many fans laughing – and several noted that it was reminiscent of a legendary moment from The Rocky Horror Picture Show.

‘WHY DID THEY JUST RECREATE THAT ROCKY HORROR SCENE I’M IN FLOODSSSSS,’ said one fan.

‘That was a bit Rocky Horror!,’ added another.

The 1975 movie musical – starring Susan Sarandon and Tim Curry – features a scene in which character Janet is found having sex with Rocky by Dr Scott.

The commotion results in Brad – Janet’s fiancé – coming to realise what’s going on, and he shouts ‘Janet!’ in disbelief, and Janet replies to him by yelling ‘Brad’ right back!