Emmerdale’s Al Chapman (played by Michael Wildman) is a man of many secrets and it seems one of them is about to be exposed. After his girlfriend Priya Sharma (Fiona Wade) confronts him about having an affair, will this lead to a mystery person arriving in the Dales with a big connection to Al?

This week, reckless Sarah Sugden (Katie Hill) stirs up more trouble by breaking into Priya’s home looking for clues about Kirin Kotecha’s (Adam Fielding) whereabouts and ends up ransacking the place for valuables in the process.

She manages to pocket an expensive diamond ring and when rifling through Al’s laptop bag, finds a gold bracelet.

She’s soon rumbled by Priya who demands to know what she’s doing in her home, but the thief snatches her phone and legs it.

She doesn’t get too far though, before she’s frogmarched back to apologise and hands everything back that she stole. 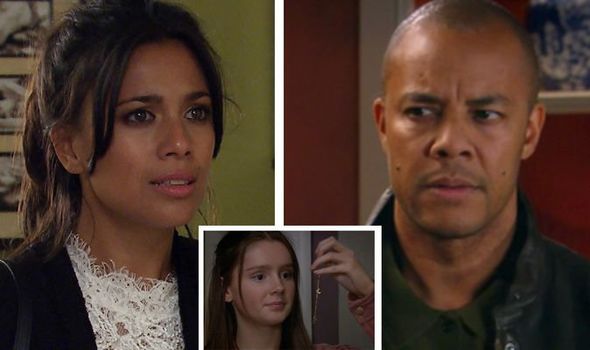 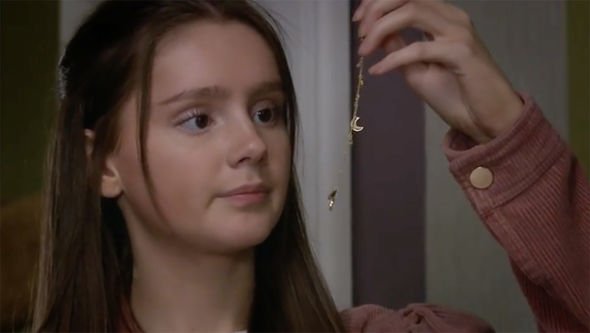 As the unapologetic teen produces the ring among other items, Priya is left stumped when she sees the gold bracelet and insists that it isn’t hers.

Believing it must be a surprise gift from Al to her, she probes him for hints but he reveals nothing of his was taken in the burglary.

Priya begins to wonder whether the dodgy businessman is having affair and bought the piece of jewellery for another woman, and fans know that she doesn’t let people get the better of her.

But has she got the wrong end of the stick? 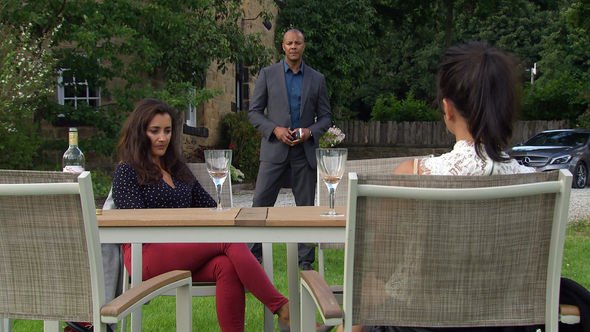 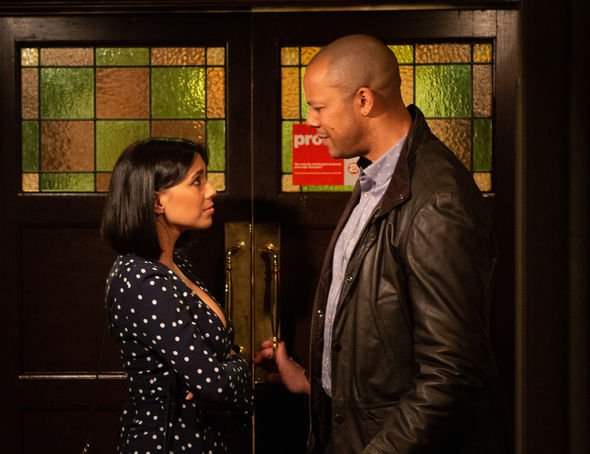 One theory could be that Al has a secret lady in his life he’s been hiding from her and viewers could be about to welcome a new addition to the dysfunctional Chapman family when his daughter turns up out of the blue.

But why has he been keeping her a secret from his girlfriend?

It all seems very fishy to us but there must be a reason behind it, right?

Elsewhere in the Dales, Belle Dingle (Eden Taylor-Draper) is about to be offered a life-changing opportunity – but will she take it?

The young Dingle has been at the centre of a bitter love triangle that came to a head recently, with Andrea Tate (Anna Nightingale) fleeing the village.

But while trying to get one-up on her cheating husband Jamie (Alexander Lincoln), she has pushed him and Belle even closer together and she’s now beginning to believe her actions make her an unfit mother to their young daughter Millie.

Speaking to Express.co.uk and other press recently, actress Anna explained her character’s fears for the future.

“Having seen Jamie and Belle together, and thinking she’s [Andrea] literally pushed them further together [as a couple], I think it’s the first moment she realises he [Jamie] really does love this other woman,” she explained.

“Or at least he really wants to be with Belle and it’s the real thing, it’s not just an affair, it’s not just based on physical [attraction], there’s more to it.

“Andrea realises she’s alone for the first time. All kinds of thoughts go through her head, of not wanting to be [in Emmerdale] anymore and not wanting to be anywhere near anybody, and [she questions] whether or not she’s fit to be a mother to Millie in that moment,” the actress added.

Could Andrea decide to leave the Dales without her beloved daughter?

If Belle and Jamie really are the read deal, she will have to step up and be a setup-mother to little Millie.

But is she ready for that commitment?