Over the past months, Emmerdale viewers have seen Chas (played by Lucy Pargeter) and Al Chapman (Michael Wildman) sneak around their significant others as their romance blossoms. Despite Chas stating she’ll never leave her husband Paddy Kirk (Dominic Brunt), fans will see Al decide to call it a day with his partner Kerry (Laura Norton).

With the soap approaching its 50th-anniversary celebrations, viewers are expecting big storylines to rock the residents of Emmerdale.

One of which involves the blossoming affair between Chas and Al which ITV bosses have teased will be one to watch this month along with a disastrous storm.

Despite both of them being in relationships with different people, feelings between them both have intensified which results in Al realising that Chas is the one for him.

In upcoming episodes, people will see the businessman decide he wants to run away with his mistress as he starts getting his finances for their house. 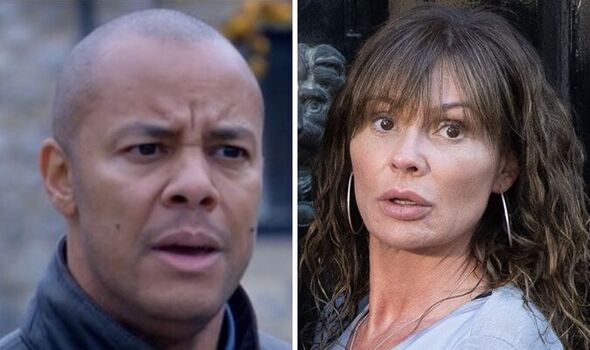 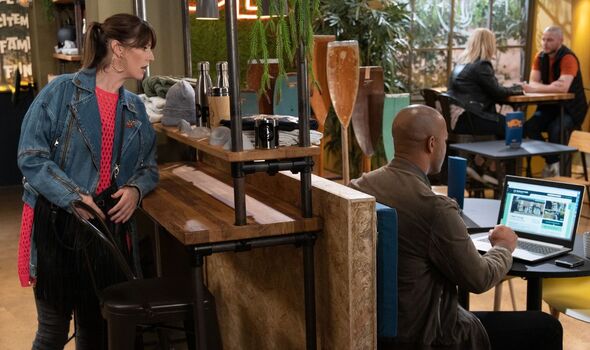 However, his girlfriend Kerry is none the wiser to Al’s infidelity and suspects he’s planning a move for them both, not with his secret love Chas.

Wanting to try and put his plans in motion, Al texts Chas and tells her he’s going to call it a day on his relationship as he arranges to meet with Kerry at the Woolpack to break it off.

Although he’s blindsided when Kerry decided to pull off a romantic gesture and proposes to him in the form of a rap.

Caught in the moment, Al says yes despite wanting to continue with his plans to buy a place with Chas. 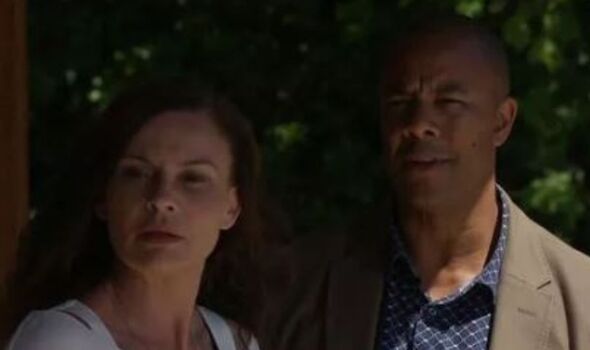 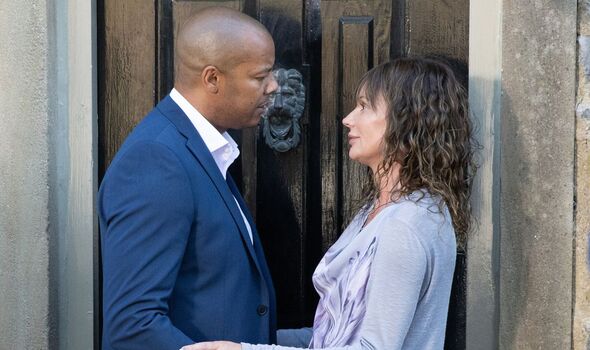 The duo have a conversation outside as Al reassures Chas that she’s the woman he wants to be with, not Kerry as they share a passionate kiss.

Unbeknownst to them, the secret couple isn’t alone as they’ve been spotted by someone in the middle of the act.

Caught red-handed, their long-running affair is about to be exposed once and for all but it’s unconfirmed which resident has discovered them.

A theory by Express.co.uk suggests that it could be Chas’ husband Paddy who witnesses the kiss as actor Dominic Brunt admitted he wanted the affair to be exposed.

Speaking to Inside Soap Magazine, he said: “I hope he finds out she’s having an affair first, then it’s revealed separately it’s with Al because that’s the most shocking thing. Of all the people!’

“Paddy and Chas nearly lost everything because of him, and he tried to blackmail Paddy.

“The story has been sitting there waiting, and I can’t wait for it to come out.”

Dominic isn’t the only actor who wants Chas and Al’s romance to be in the open either as actor Michael Wildman said his character is willing to fight for their relationship.

Also speaking to Inside Soap, he shared that as Al is approaching 50, he wants them both to settle down together and have a happy ending.

Touching on them continually going back to one another over the years, he said: “They’ve always had a connection, so I’m not surprised they’ve had an affair.

“Paddy’s the perfect man, but he’s safe – and I think Al represents the fire and the danger that Chas feels she’s missing.”

Emmerdale airs on weekdays at 7.30pm on ITV.