Emmerdale’s dodgy copper DI Malone (played by Mark Womack) met a grisly end last week after months of terrorising several residents in the Dales. ITV viewers saw Dawn Taylor (Olivia Bromley) and Harriet Finch (Katherine Dow Blyton) act as accomplices to the crime. Last night’s episode saw Dawn threaten to leave as the pressure continued to get to her, sparking a blazing row. But those watching were left confused as to how the rowing family didn’t spot DS Wise (Neil Roberts) watching them from afar, which only heightened his suspicions of the Taylors.

Malone soon became a force to be reckoned with when he arrived on the Dales back in March as an old associate of Harriet and Will (Dean Andrews).

He soon upped his methods of attack after his true links to the family were revealed.

However, when the police officer started making the attacks more personal, Dawn soon got fed up with him meddling in the family’s affairs.

The villainous DI even tried to make Dawn overdose on heroin last week – but she finally stood up to him and saw him meet a brutal end. 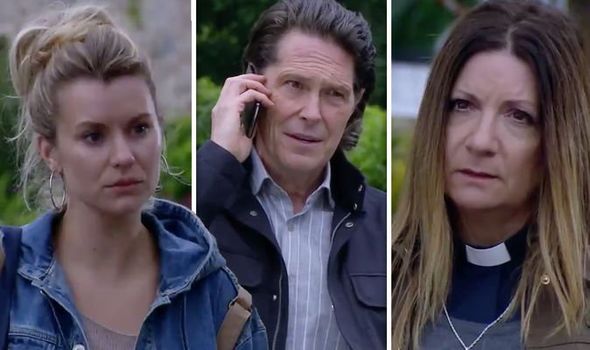 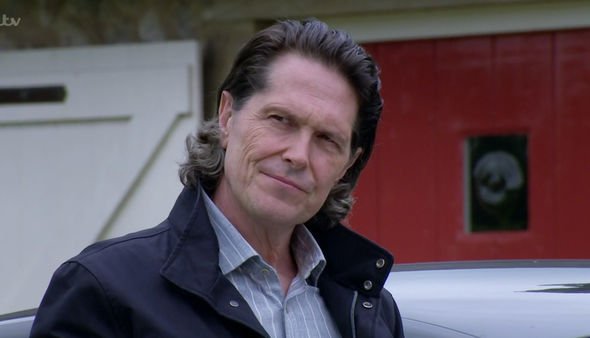 Now, as Dawn and Harriet remain the only one’s in on the murder, fans were left confused by a supposed blunder last night.

After Dawn had packed her bags and looked to go on the run, it led to an intense family row.

But DS Wise (Neil Roberts) was watching the family at war in full view, which soon raised his suspicions.

This move left fans baffled, as he could clearly see those who are set to be in the frame looking even more cagey. 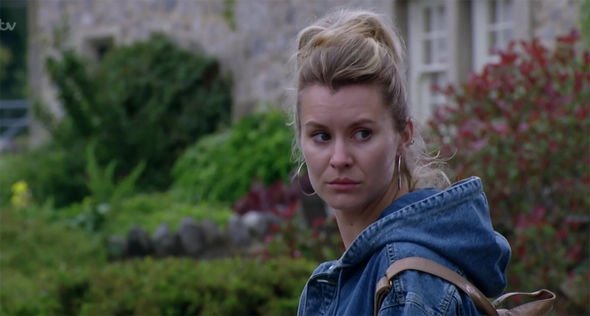 After the episode, fans took to Twitter to address the scene, questioning how DS Wise remained unseen.

One shared: “Dawn and Harriet are acting so suspiciously, it’s ridiculous! They’re bound to get found out. The detective’s choice of words ‘We’re gonna have to do some digging,’ were as funny as ever #Emmerdale.”

Another asked: “No one saw the policeman just standing there? #Emmerdale.”

A third commented: “DS Wise is smelling something #Emmerdale.”

After witnessing the argument, the police officer was straight onto the phone to an unknown colleague.

He said: “I’m at the village now, they’re definitely hiding something.

“Trust me. I know guilt when I see it. Let’s do some digging first and make sure we bring in the right person.”

It’s sure to not be long before one member of the clan is arrested – but who will the DS think is responsible for Malone’s sudden disappearance?

Will Harriet and Dawn’s involvement come out in the open or will someone else end up taking the wrap?

Vinny Dingle (Bradley Johnson) pretended he had been stood up by Liv Flaherty (Isobel Steele) to get the pair out the house.

Mandy later found out was a lie after questioning Liv, as well as seeing a text pop up on Paul’s phone from his son, confirming her suspicions.

As Paul continues to go to great lengths to try and seal the deal with Mandy, will he be successful?