Emmerdale resident Leyla Harding (played by Roxy Shahidi) has been trying to solidify her relationship with Liam Cavanagh (Jonny McPherson) for months as the pair have continued to struggle to navigate the upset their romance has caused for Bernice Blackstock’s (Samantha Giles) daughter Gabby (Rosie Bentham) and Leanna Cavanagh (Mimi Slinger). However, with Leyla being the victim of increasingly sinister attacks of late, will she end up putting the blame onto Leanna instead of the true culprit?

Leyla and Liam have had a rocky road to love in recent months after the latter soon moved on from his ex-fiancée Bernice.

The pair’s relationship has been full of twists and turns but tonight’s episode saw them seem to finally reconcile for good.

However, it wasn’t long before there was more trouble on the horizon for Leyla, who realised her stalker had stepped things up a gear.

She’s sure to get a shock when she realises just who has been responsible for the mysterious goings-on. 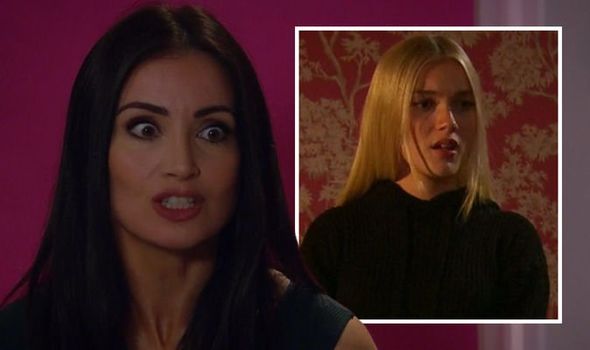 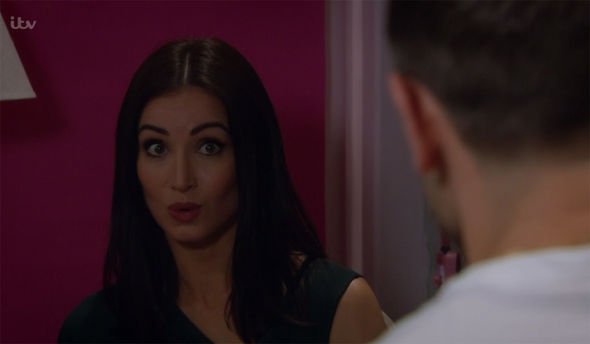 The rest of the village remain unaware who has been targeting the wedding planner in recent weeks but it seems someone else could end up being framed.

Gabby returned home to see Leanna waiting for her, who seemed blissfully unaware of what she had been up to – but will she be the one who ends up in the firing line?

Earlier on in tonight’s episode, the doctor gave Leyla a key to his new house, which was immediately met with hostility from his daughter. 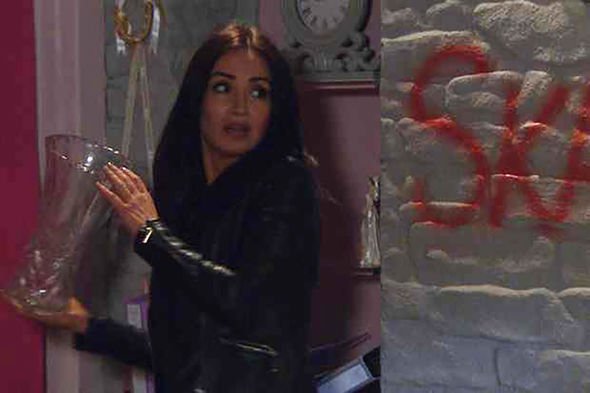 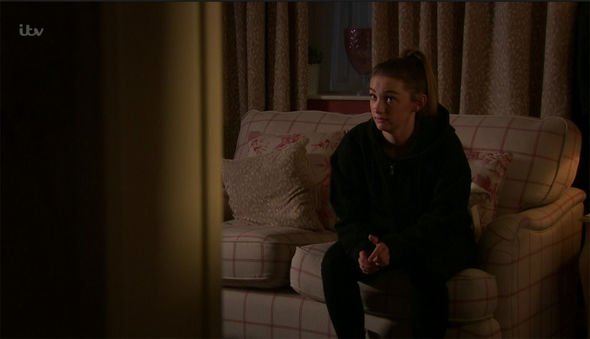 Leanna quizzed him on the new move, asking: “What? Is she moving in?”

“It’s just so she doesn’t have to knock like a guest, I thought you wouldn’t mind now you’re getting on so well,” he told her.

Leanna wasn’t happy with her father’s response, adding: “Well this new place was supposed to be you putting us first… you’re giving keys out to any woman who will have one.”

With Liam continuing to get grief over his choice of partners from his daughter, it wasn’t long before Leyla’s ordeal worsened.

David Metcalfe (Matthew Wolfenden) was gobsmacked to see Leyla come up on a dating app as he begins his quest for love.

He soon revealed all to Leyla’s son Jacob (Joe-Warren Plant), who explained she had probably just forgotten to delete the app when her relationship with Liam was back on.

But when Liam walked and saw the profile on David’s phone, he immediately believed Leyla had been unfaithful to him.

After believing his girlfriend was cheating on him, Liam drowned his sorrows in front of David before Leyla desperately tried to explain she was being targeted.

Liam wasn’t having any of it and when Leyla questioned Leanna’s motives once more, he said: “Why are you so desperate to blame everything on her?”

David stuck up for his friend, telling Liam: “You’re not listening to her, someone’s targeting Leyla, someone who has got a serious problem with her.”

When Leyla went back to the salon later on in the episode, it had once again been trashed with graffiti on the walls.

She walked in on Gabby doing her dirty work but failed to see who had broken into the building – will the former manage to keep her sinister secret?

Will Gabby end up letting Leanna take the blame after it’s become increasingly apparent Leyla believes she is the one who’s out to get her?

END_OF_DOCUMENT_TOKEN_TO_BE_REPLACED

END_OF_DOCUMENT_TOKEN_TO_BE_REPLACED
This website uses cookies to improve your user experience and to provide you with advertisements that are relevant to your interests. By continuing to browse the site you are agreeing to our use of cookies.Ok