Emmerdale actor Jeff Hordley has teased how Cain Dingle is going to react after his mum Faith made a shock return to the soap last night.

Faith, played by Sally Dexter, crash landed back into the long-running series last night after stealing a hearse while dressed as a mourner and heading back to the village.

It was far from a happy reunion though – with Cain previously sending his mum away in disgrace back in 2019, after discovering she never told him he had a secret son, Nate (Jurell Carter).

But speaking on Loose Women, it appears that it won’t be long for Faith to get her feet back under the table at the Dingle household.

Jeff told the panel: ‘The thing is, what I love about Faith, I mean Sally Dexter, I’m just thrilled that she’s back because she’s the most amazing human and brilliant actress and I just love working with her.

‘So I’m just thrilled that she’s back with us – but she’s the only character for me in terms of Cain that can actually make him do things that nobody else can, because really he just wants his mother’s love, and she’s always let him down.’ 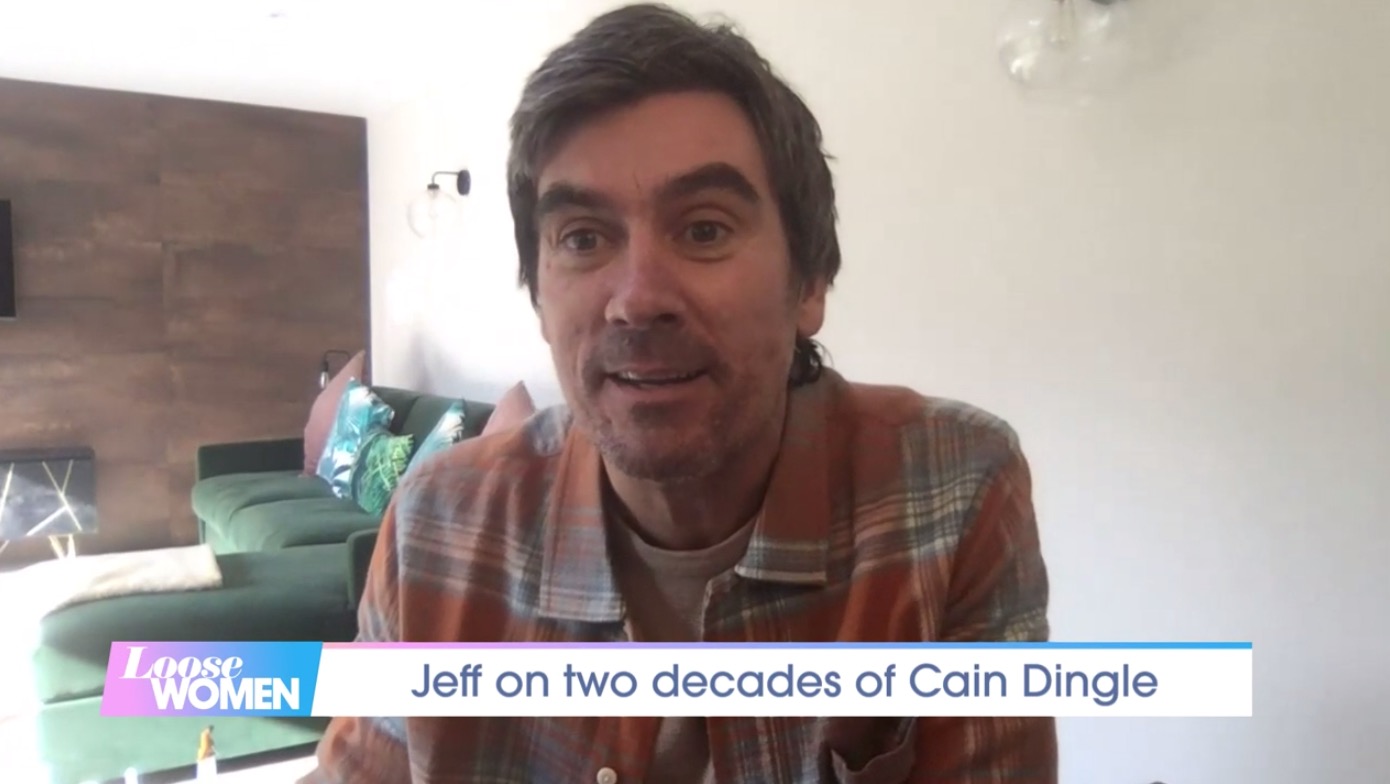 ‘She has this hold over him that no other character actually possesses,’ he added.

‘So it’s really interesting to see how the dynamics of their relationship is going to kind of move as we go on with the year.’

When Cain discovered that Faith was back last night, he was far from happy at seeing his mum, and made it abundantly clear he wanted nothing to do with her.

Despite patching things up with Nate, who now has a son of his own, Cain refuses to speak to his mum, and kicks him out of the house.

However, Moira (Natalie J Robb) takes pity on her, and seems to be open to Faith rejoining the family unit.

Can she talk Cain round?