Home » TV and Movies » Emmy Contenders to Watch and Where to Stream Them: Limited Series

Emmy Contenders to Watch and Where to Stream Them: Limited Series

The battle for supremacy in Outstanding Limited Series at the Emmy Awards is always full of stiff competition, but this year, the playing field is particularly packed, even though several pandemic-delayed productions, including FX’s fourth season of “Fargo” and NatGeo’s “Genius: Aretha,” have been pushed out of eligibility until next year.

With the loss of those two potential contenders, this year’s field skews heavily toward literary adaptations, with players including HBO and Hulu betting big that what’s worked before on paper will work again on television

Keeping that in mind, here’s where to stream the most likely contenders for limited series accolades at this year’s Emmy Awards.

As often happens with these lists, we begin with HBO, not only because the premium cable network has so many series jockeying for position in limited series, but also because the outlet currently has so many streaming options on which to consume its content. HBO Now, HBO Go, and beginning May 27, HBO Max are all available for viewers to consume HBO, which is just as confusing as it sounds.

Primary among all of HBO’s potential nominees is its critically acclaimed adaptation of “Watchmen,” generally considered one of the best programs of 2019 and offering a new take on Alan Moore’s hallowed universe. Also angling for nomination is David Simon’s adaptation of Philip Roth’s 2004 alternate history “The Plot Against America,” in which America is nudged into fascism at the hands of President Charles Lindbergh.

But HBO is also hoping it’s saved the best for (near) last, with “I Know This Much Is True.” Based on Wally Lamb’s bestselling novel, the miniseries stars Mark Ruffalo as twins in a drama that grapples with obligation, family, and mental illness, and debuts May 10.

Even though HBO came out victorious in the great “Chernobyl” vs. “When They See Us” battle of 2019, Netflix isn’t yet ready to cede any ground in limited series. While the streaming giant’s competitors are many, its three strongest options offer three starkly different experiences to interested audiences.

Like HBO, Netflix’s best option is one of the best series of 2019, “Unbelievable.” Adapted from the news article “An Unbelievable Story of Rape,” published by ProPublica and The Marshall Project, “Unbelievable” delves into one woman’s experience with sexual assault and unwinds from there, in a tale that encompasses thousands of hours of criminal investigation and heartache. The project also boasts three stellar performances from Toni Collette, Kaitlyn Dever, and Merritt Wever. 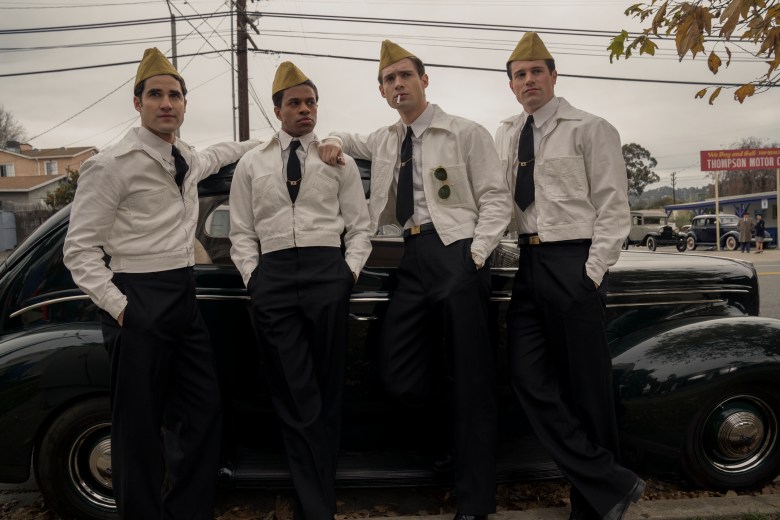 As for late bloomers, Netflix still has two contenders up its sleeve awaiting release. May 1 sees the debut of Ryan Murphy’s latest limited series, “Hollywood,” yet another alternate history, this time about the Golden Age of Tinseltown and the systems in place to keep people from succeeding. One week later, look out for Damien Chazelle’s “The Eddy,” about an American expatriate running a Parisian jazz club and reuniting with his daughter.

One of the trickiest aspects of compiling these lists is attempting to be fair to the networks who create the series, as opposed to the ones that stream them, as it goes for FX and its streaming colleague Hulu.

FX again has a major player for limited series in “Mrs. America,” which looks at the women responsible for the move to ratify the Equal Rights Amendment and the woman, Phyllis Schlafly (Cate Blanchett) who stands in their way. It would also be rash to count out Alex Garland’s mind-melting offering “Devs” for nomination, based on sheer weirdness alone.

But these shows stream on Hulu, so under Hulu’s categorization they shall fall.

Also streaming on Hulu, but borne of another network, is the second season of AMC’s horror anthology series “The Terror.” Though a likely long-shot for nomination, “The Terror: Infamy” centers around a mysterious entity terrorizing a Japanese-American community during WWII.

Speaking of Hulu, it has two considerable adaptations of its own that will hopefully gain traction in the coming months.

First off is the gripping drama “Little Fires Everywhere.” In an adaptation of the novel of the same name by Celeste Ng, Reese Witherspoon and Kerry Washington star in a story reminding people why good fences make good neighbors. Next is Lenny Abrahamson’s “Normal People. An interpretation of Sally Rooney’s novel, “Normal People” is an exploration of intimacy, sex, love, and friendship as experienced by two young people as they age.

Apple TV+ has “Defending Jacob,” starring Chris Evans and Michelle Dockery as parents concerned that their unassuming son might be a cold-blooded killer.

END_OF_DOCUMENT_TOKEN_TO_BE_REPLACED

Texas school shooting like ‘worst nightmare,’ parent says Timberview High gunfire was no ‘random act’ of violence, police say. Parent Ayesha Goudeau joins ‘Fox & Friends First’ with her story. With kids back to school in person, U.S. schools districts are once again searching for methods to prevent school shootings. This month, a student was suspected of opening fire at […]