Home » TV and Movies » 'Family Karma': Vishal Parvani Proposes for the '9th Time' to Risha Sadana Thanks to a Mariachi Band

'Family Karma': Vishal Parvani Proposes for the '9th Time' to Risha Sadana Thanks to a Mariachi Band

After a promise that he was ready to begin adulting, Vishal Parvani from Bravo‘s Family Karma proposed to Richa Sadana for what they figured was the ninth time. Family Karma Season 2 ended with Parvani and Sadana finally coming back together after a rough season apart. She stopped wearing her engagement ring and the future looked bleak for the couple. But alas, Parvani pulled out all the stops and even hired a mariachi band to hide in the back bathroom to entice Sadana to once again say yes.

Sadana slowly warmed back up to Parvani, especially after he took her on a “swimming with alligators” date. The alligator date was Parvani’s “surprise number one” for Sadana. “Surprise number two,” he continued in a confessional. “Starting my own business.” Parvani and his best friend Amrit Kapai started a men’s undergarment business. “I’ve been so busy planning a third surprise.” 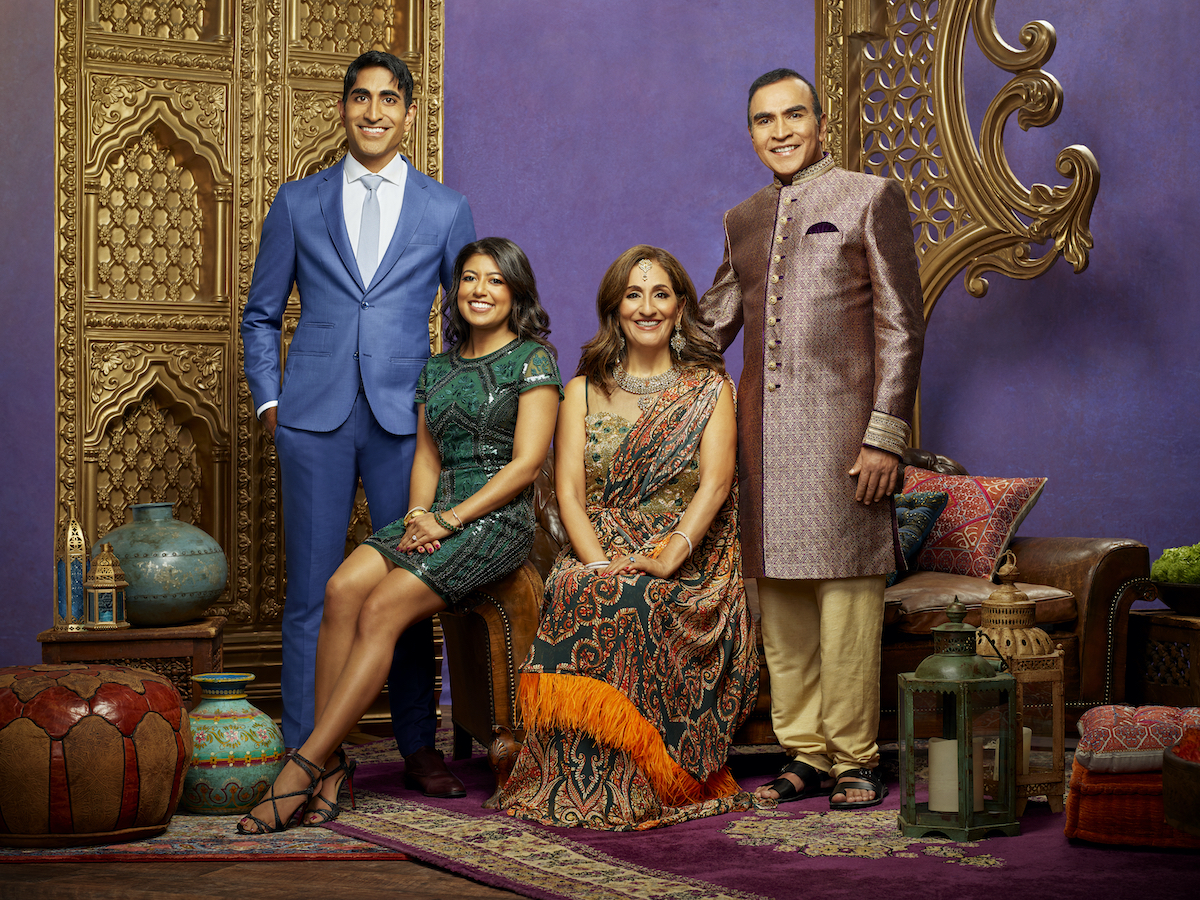 “One of the things she’s always wanted to do is find a place for us,” he continued. “So, I signed the lease. I got an apartment where we can live in Miami together.”

Parvani first sneaks an entire mariachi band and singer into the apartment. He wanted them to come out and surprise Sadana. “My dad was telling me that whenever a girl is upset with a guy he would get them a mariachi band,” Parvani told the band. Cameras show Parvani’s father telling him Sadana is “guaranteed” to be in love with him if he brings in a mariachi band.

Sadana finally arrives at the apartment and gives Parvani a housewarming gift. That’s when Parvani tells her he hopes she would consider moving in. She quickly replies, “Yes.”

Parvani gives Sadana a tour of the home, bringing her into the bedroom. The mariachi band is hiding behind in the bathroom.

Parvani presents Sadana with a Christmas gift necklace. But the necklace has her engagement ring on it and he gives her the option of wearing it on her finger or around her neck. “That old thing,” she joked when she saw the ring.

Sadana contemplates if she wants to wear the ring on her finger. “Is this a real change?” she asks him. He promises her he will spend more time with her in Memphis and he wants to get married by a certain date. “It’s just us two,” he said.

She is still unsure so he calls in the mariachi band. Sadana is now laughing as the band walks into the room playing music. Apparently, Parvani’s father was right because Sadana is inspired to tell him to put the ring back on her finger. “Put it on my hand! Is this the eighth proposal you’ve had to give me?” she said while laughing. He’s down on one knee and she tears up.

“If you pull a mariachi band out of the back of the bathroom, I mean, I have to say yes at that point,” she says in a confessional. Parvani exclaims, “We’re getting married! This is the last proposal, no more!”