A classic episode of the Fawlty Towers series has been removed from BBC streaming site UKTV, as broadcasters re-evaluate old British television content and its place in today’s society. The comedy starring John Cleese as the ever-intolerant hotel manager Basin Fawlty, has long been considered a fan-favourite from the 1970’s.

But now it’s become the latest TV program to be “censored”, where the episode that coined the phrase “Don’t mention the war!” was removed from the streaming service without explanation.

A spokesperson for UKTV refused to clarify the reason behind the decision: “We aren’t commenting on individual titles,” they said.

“However, we regularly review our programmes, and make edits, add warnings and make schedule changes where necessary to ensure that our channels meet the expectations of our audience.”

The episode was first broadcast in 1975 and features Cleese’s bigoted character shocked when he is treated by a black doctor in hospital. 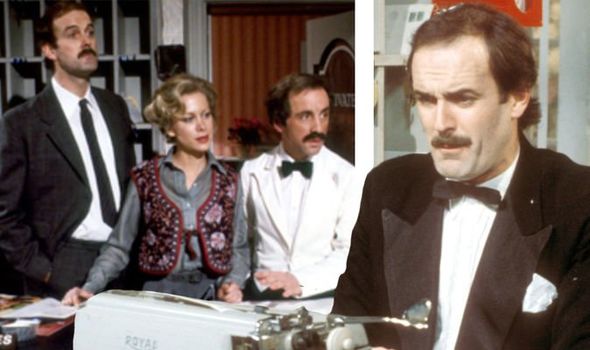 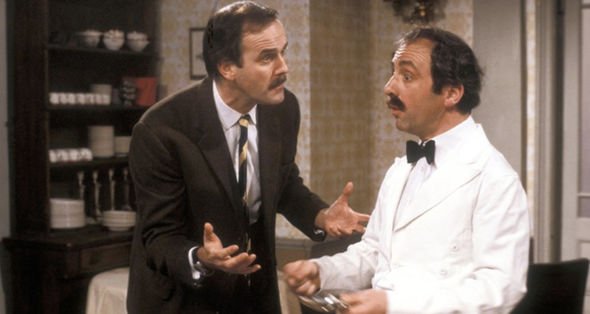 It also included a scene where regular guest Major Gowen, uses very strong racist language in relation to an anecdote about the West Indies cricket team.

It ends with Basil making comments about the second world war to a German family.

More than a decade ago, many broadcasters began editing out the language, although the uncensored version is still hosted on streaming site Netflix.

So far, this is the only episode of Fawlty Towers to have been culled. 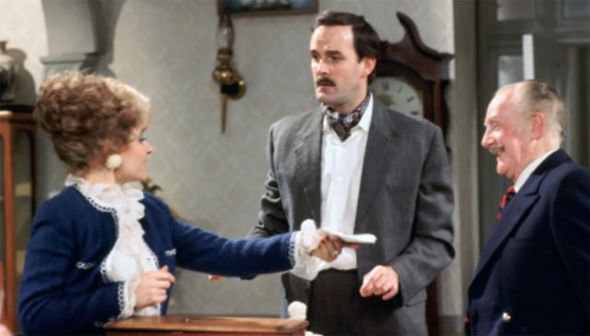 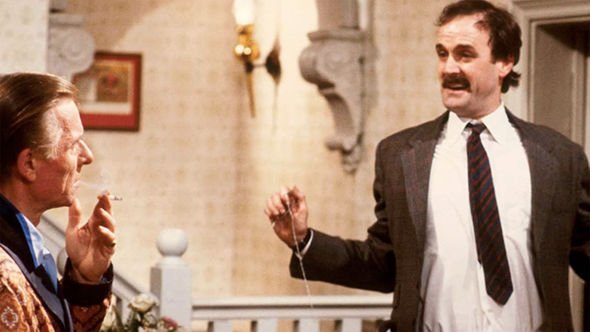 The other 11 episodes remain available to stream on UKTV’s paid on-demand service.

Fans took to social media after the reports of the removal and there appeared to be many concerns over “traditional entertainment”.

One explained: “The whole point about the Fawlty Towers ‘Don’t mention the war’ episode is it simultaneously mocks the British obsession with WW2 while understanding where the urge to mention it springs from. It’s that ambiguity which makes great comedy.”

Another said: “So now Fawlty Towers and some Simpsons episodes are being cancelled. This is f*g ridiculous.”

“This stuff is idiotic and will make the deep concern behind #blm seem like political correctness. Can we get back to talking about how to actually improve actual lives?” a third suggested.

A fourth noted: “I was joking with my kids that they would ban Fawlty Towers. Some joke. This is the sort of thing that turns a cultural shift, which can be a good thing, into a culture war.”

“I’m German and have watched that episode of Fawlty Towers many times. I’ve never felt offended by it – it’s not the Germans that are the butt of the joke but the small minded Englishman,” a fifth stated.

It comes after growing scrutiny of historic racism in older entertainment programs have come under fire in today’s society.

The comedies, written by and starring David Walliams and Matt Lucas, featured the use blackface and both series are no longer available to watch on the online sites amid the Black Lives Matter protests.

Not too long ago Britbox censored classic episodes of Doctor Who, after companies about the series The Talons of Weng-Chiang, which features white actor John Bennett dressed as a magician called Li H’sen Chang, wearing make up and putting on an accent to make him appear Chinese.

It also included numerous racial slurs, which was deemed “unacceptable”.

BritBox have now added the warning: “Contains stereotypes that some may find offensive” to the episodes.