With England poised to take on Scotland in Friday’s Euro 2020 fixture at Wembley Stadium, Jeremy Vine and the panel of his Channel 5 talk show were keen to discuss which team would come out on top. Ayesha Hazarika was on hand to throw her support behind the Scotland camp while journalist Mike Parry provided the backing for Gareth Southgate’s men. And it didn’t take long for the civil and impartial discussion to take a turn when Mike delivered a brutal bit of criticism aimed at Steve Clarke’s squad.

However, Mr Khan’s please appear to have fallen on deaf ears as thousands of Scotland fans have made the journey down to London to get behind their team, as well as thousands of England fans posied to head out to watch the clash.

As Jeremy, Mike, Ayesha and Storm Huntley watched over footage of “the Tartan Army” singing and chanting on the journey down, the panel revealed where they’d be enjoying the match.

After watching the clips, Jeremy said: “It looks like great fun but it follows please from the London Mayor to stay at home if you can and stop the spread of the virus.” 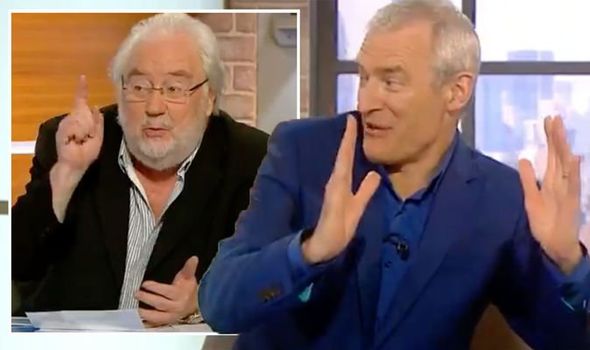 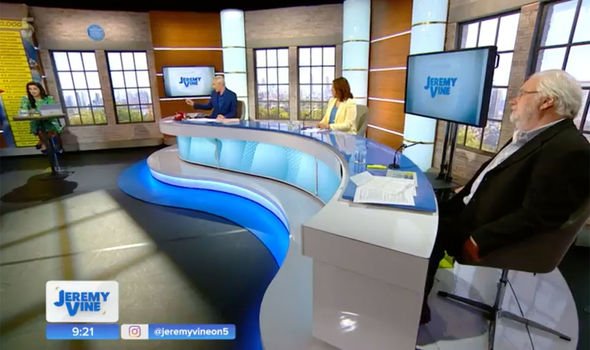 Jeremy then turned to Storm and said: “You’re watching from home, I’m watching at home.

“Where are you watching it, Mike?” the presenter asked, to which Mike concurred: “Yeah, I’ll be watching at home.”

“In the penthouse,” Jeremy joked before turning to Ayesha who too agreed she’d be staying at home.

“In my home, yes,” Ayesha said, before going on to joke: “In the basement.” 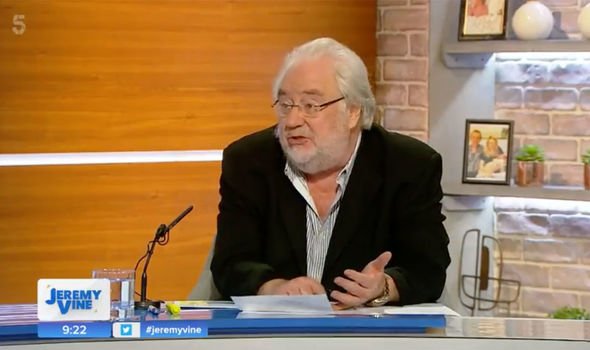 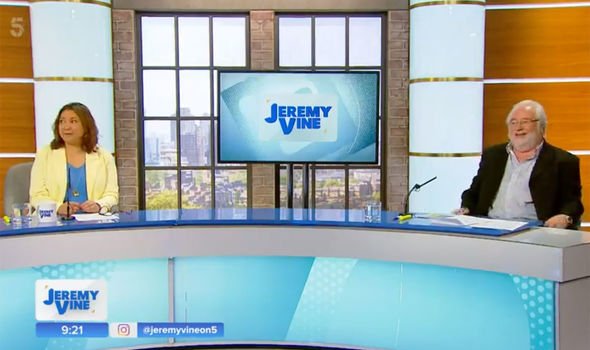 The panel shared a laugh as Jeremy tried to move on: “Alright, should we be concerned about gathering…”

However, he had his attention diverted as he, Mike and Ayesha began to laugh at the differences between penthouse and basement in their answers.

And it prompted Jeremy to chuckle as he pointed out: “So we’ve got the penthouse and the basement.”

He said: “Well, you know, it’s about the level of difference in the abilities of the two teams,” as he gestured a gap with his hands.

“Penthouse and basement, believe me,” the broadcaster added.

Ayesha let out a laugh at Mike’s brutal critique of her home nation’s team before hitting back: “Ooo, fighting talk!

“Parry’s starting already,” she added as Jeremy did his best to remain impartial.

However, Mike isn’t the only one backing an England victory this evening as the odds look in Gareth Southgate’s team’s favour.

After defeating Croatia 1-0 in their opening fixture, a win against Scotland would guarantee a place in the knockout stages for England.

However, following a 2-0 defeat at the hands of the Czech Republic in Scotland’s opener, Steve Clarke’s men need to win to have any hope of staying in the competition.

Jeremy Vine airs weekdays at 9:15am on Channel 5.