Andrew Neil says GB News is 'proud to be British'

GB News launched on Sunday night with former BBC host Andrew Neil opening the show with a passionate speech about what the broadcaster aims to do. The segment saw the presenter chatting with Neil Oliver, although, his debut didn’t go to plan as he was hit with sound issues with his microphone. Despite the complaints from some viewers regarding the sound, the show pulled in thousands of viewers as according to BARB data, 164,500 people tuned in to watch between 7pm and 11pm on Sunday night.

The channel sparked a mixed reaction from its followers with many praising the channel for “bringing something different”. 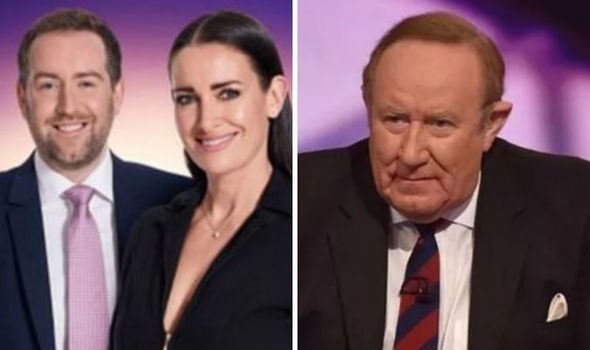 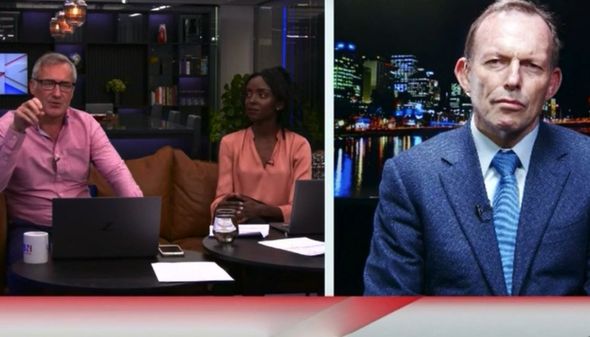 Another tweeted: “Excellent. The viewing numbers will grow in time. There are millions in the country who have given up on mainstream media but now have their concerns listened to.

“Well done. Please just fix the lack of lighting in the studios and fix the sound issues, then it’s perfect.”

Another penned: “Great to see. We’re watching this in the office instead of SKY News, but please sort the sound problems out! Cheers.” (sic)

“Interview with Tony Abbot was a breath of fresh air and common sense,” a third wrote. 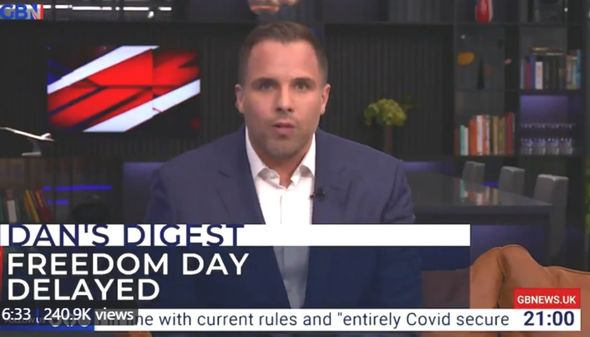 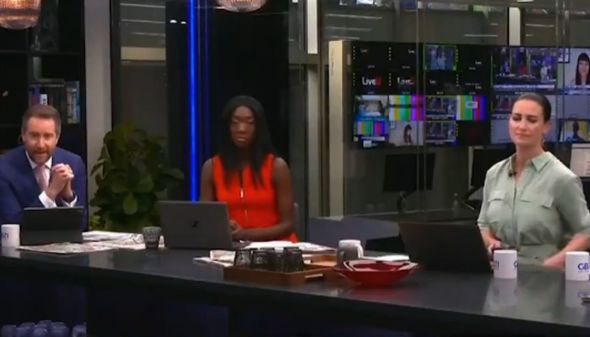 However, not everyone was pleased with the channel, as many took to Twitter to air their frustration with the sound and picture issues.

It’s just a shame it’s a poor quality picture. Even on HD it’s out of sync,” a fourth viewer said.

“Clearly being streamed, made clearer when they spoke to a reporter in Wales on vaccines where the images were crystal clear.” (sic)

Another raged: “Being a new channel, ratings are going to be high. How about fixing the audio sync issues, the problem being studio-based as your external lives seem to be ok being embedded audio? It’s not rocket science!”

Other viewers were not happy with the fact the programme didn’t have a news bulletin.

However, ahead of its launch, Andrew Neil revealed there would be some major changes to the channel.

In an interview with Radio Times, the 72-year-old admitted the GB News teams will have a completely different way of “packaging the news”.

He went on to add that what they have learned from America, which is always ahead of Britain when it comes to presenting the news is that “rolling news” doesn’t go down well with viewers.

“We won’t be doing rolling news, we won’t even be doing news bulletins,” the TV presenter confessed.

He continued: “The content we select will be chosen by the presenters and their editors.

GB News is hoping to provide viewers with 6,500 hours of television each year.

It will air on various platforms including Youview on channel 236 whereas Sky and Virgin Media are putting it on channels 515 and 626 respectively.