His dad, Tom Snr., also appears on the Channel 4 show, and is beloved for his hyper-expressive facial reactions and hilarious one-liners. 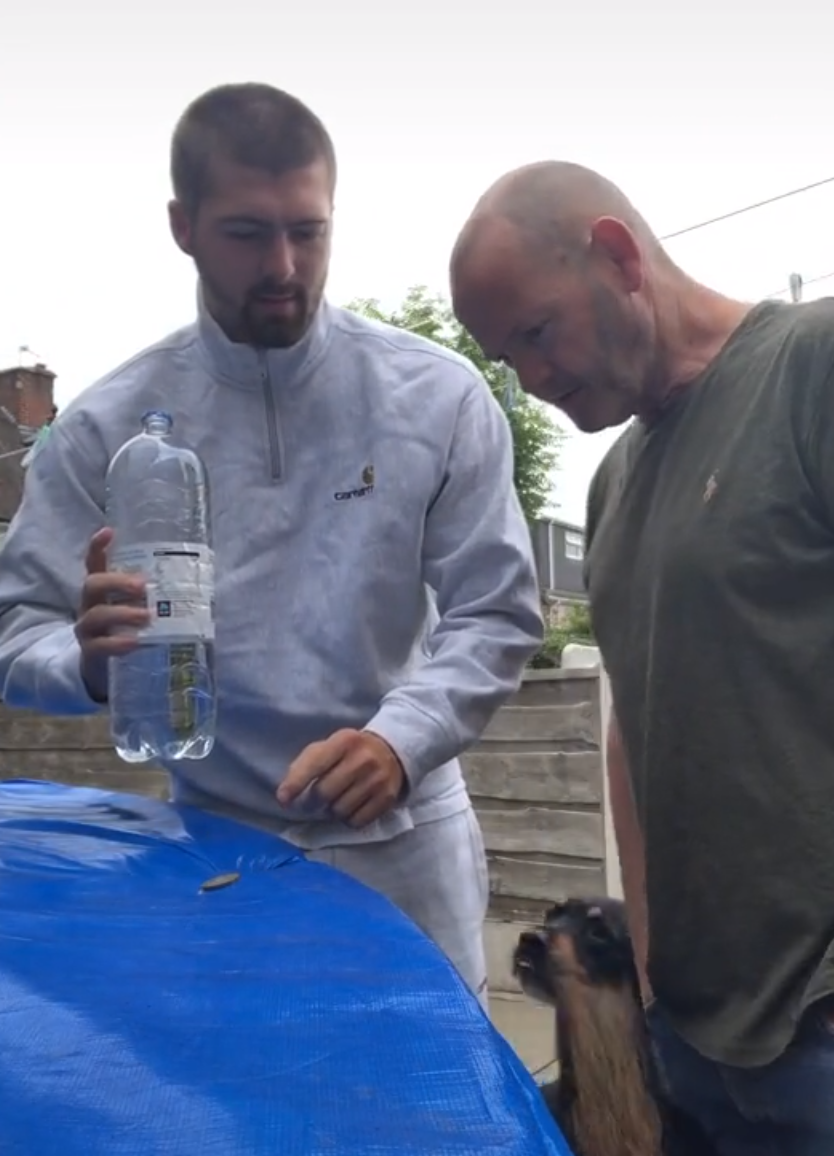 Tom Jnr. has been keeping his legions of followers entertained on social media in recent weeks, with the professional dancer uploading several impressive videos.

One of his latest clips see the TV star take part in a new challenge – which ends with unassuming Tom Snr. get a face-full of water.

In the video, Tom calls his dad over in the garden to watch a trick, pointing out a £2 coin on the table before covering it with a huge bottle of water. 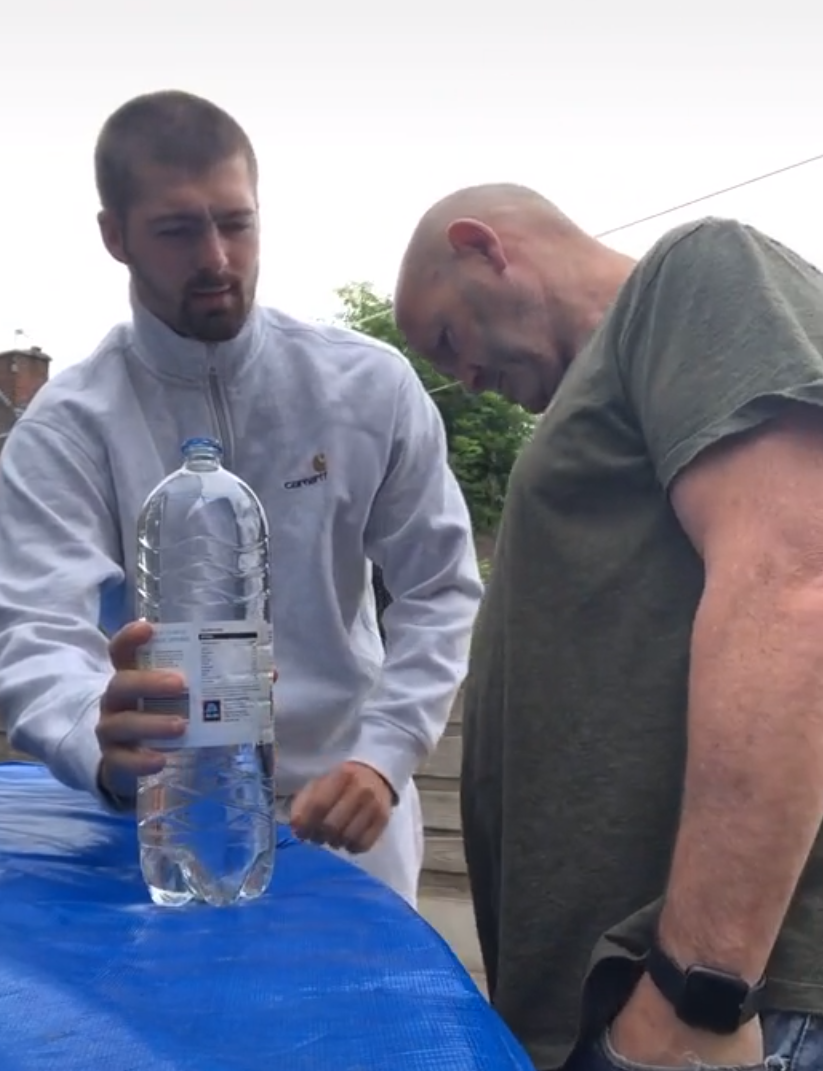 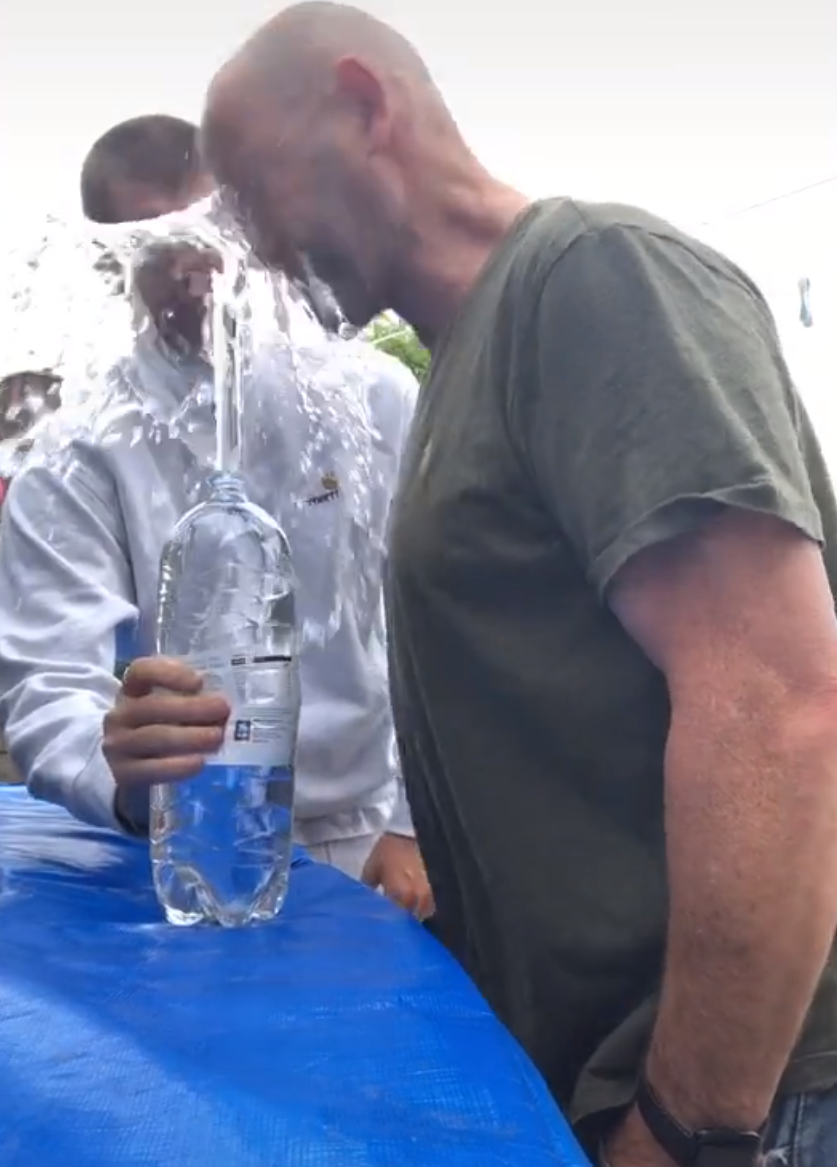 His dad cautiously investigates, looking all around the bottle before leaning over the top of the bottle to see if he can spot the coin.

Tom then pushes the bottle so that all of the water shoots upwards – with his dad getting covered.

Unimpressed Tom Snr. jumps backwards as he snaps: "F**k! It's gone up my f***ing nose!"

His sheepish son chuckles to himself before offering up the £2 as compensation. 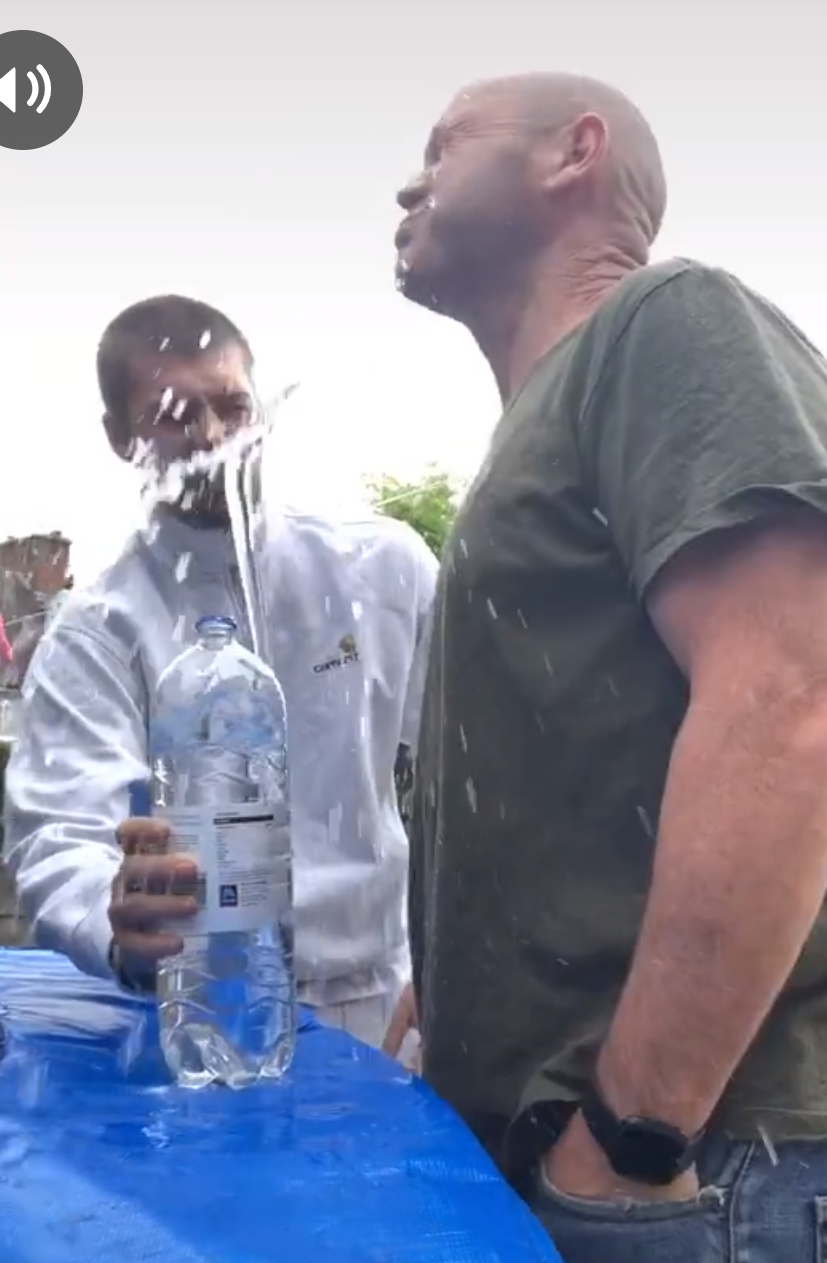 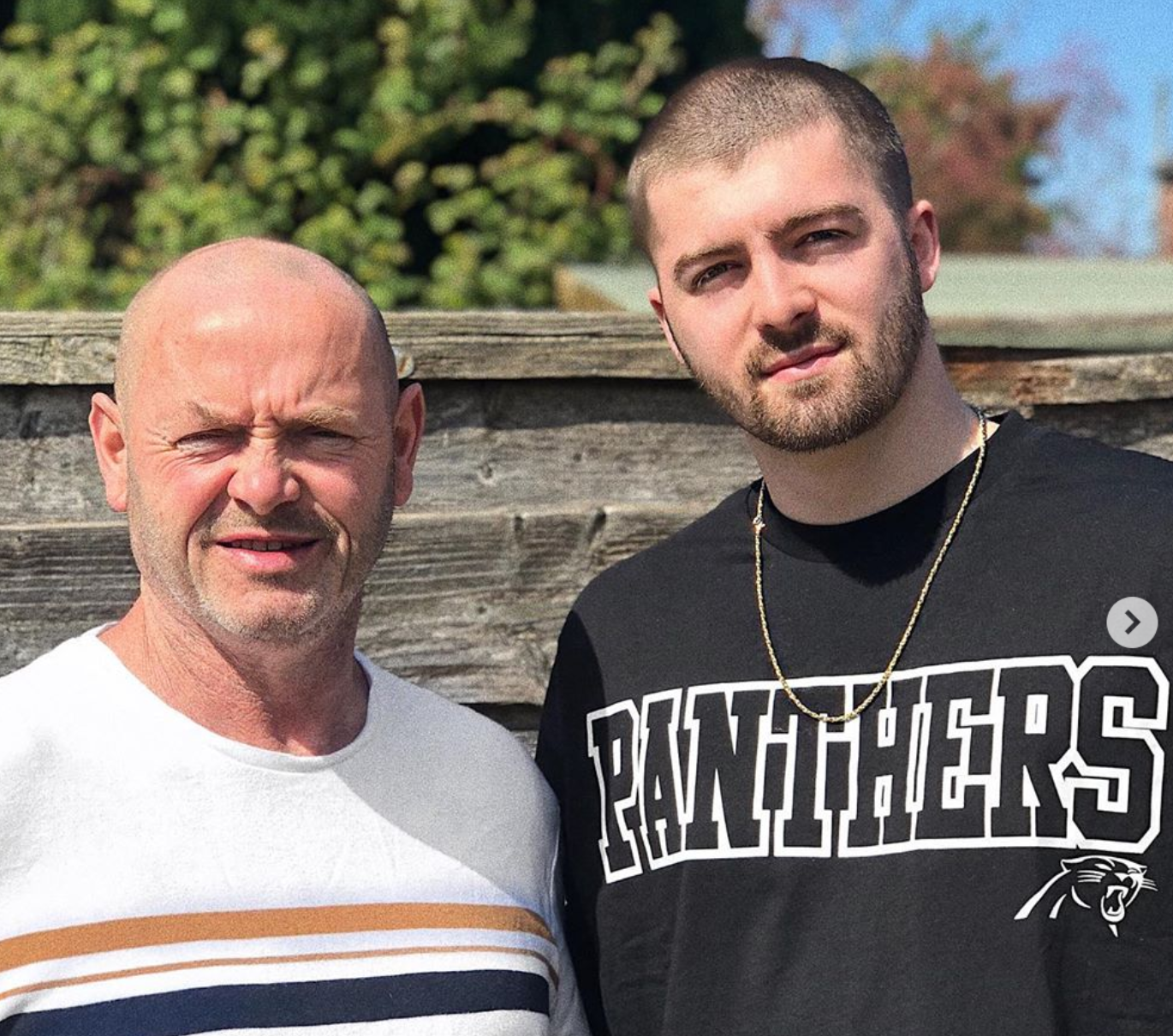 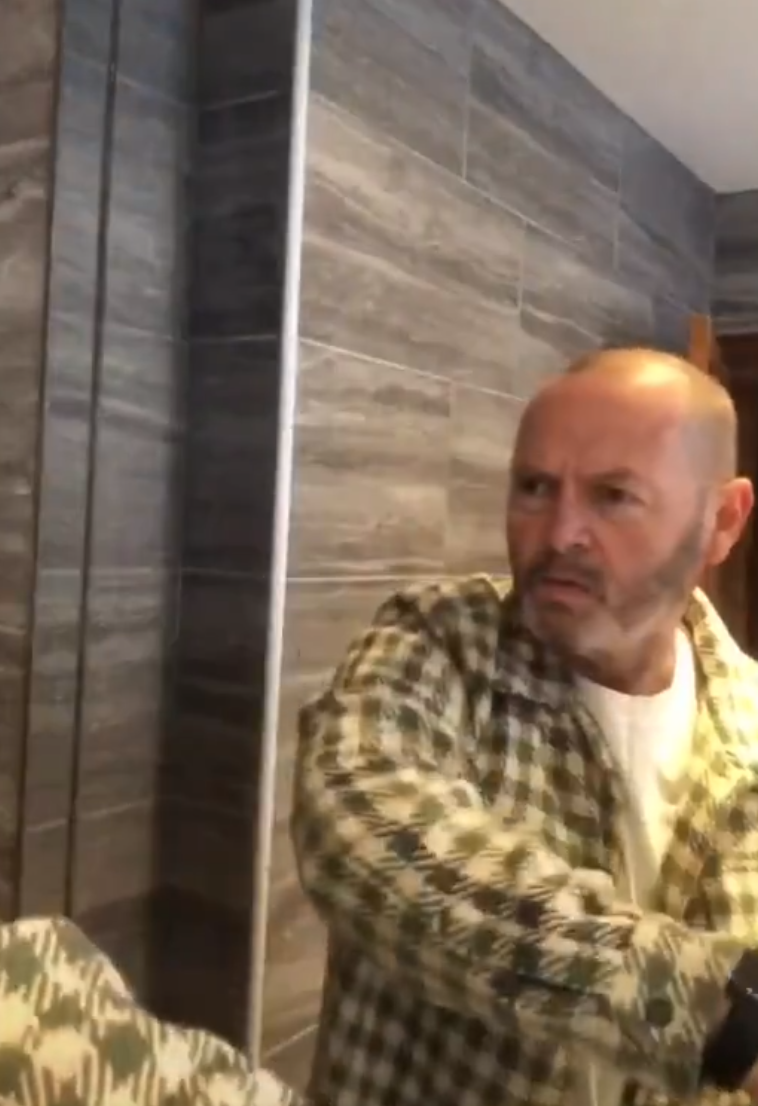 Tom Snr. grumbles: "I'm having it!" swiping the coin before walking off-screen.

Tom joked in the video's caption: "It cost me £2 but it was worth it."

And thankfully, his followers found it hilarious as one commented: "I can't believe he fell for it!" alongside crying with laughter emojis.

A second added: "OF COURSE HE TOOK IT. I AM CRYING." 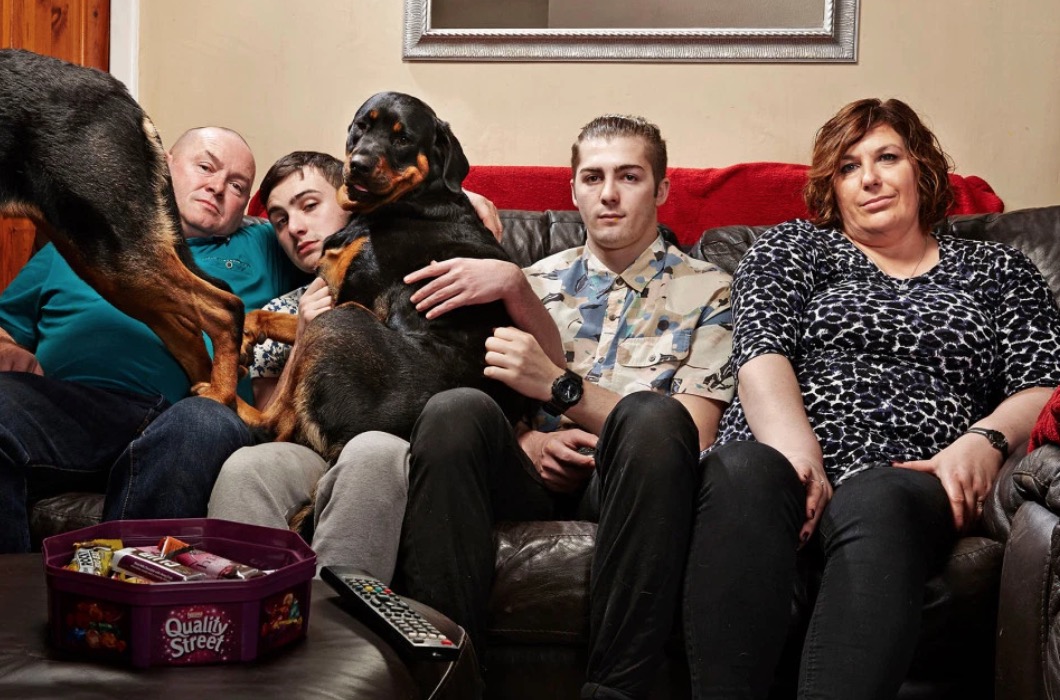 This is not the first time that Tom has enlisted his famous dad for a TikTok challenge, previously morphing into him for the 'Wipe It Down' fad.

The popular challenge shows users wiping a mirror with disinfectant before an alter ego suddenly appears in the reflection.

The image vanishes as quickly as it emerges, and Tom's fans have went so far as to say that he has "won" TikTok after enlisting his dad to help out.

The Malone family have been on Gogglebox for six years, with mum Julie and Tom's brother Shaun completing their sofa line-up – in addition to their beloved pet dogs who regularly steal the show.