The 58-year-old star won praise from viewers for "keeping it real", with the actor looking relaxed as he sipped tea on his sofa surrounded by his dogs. 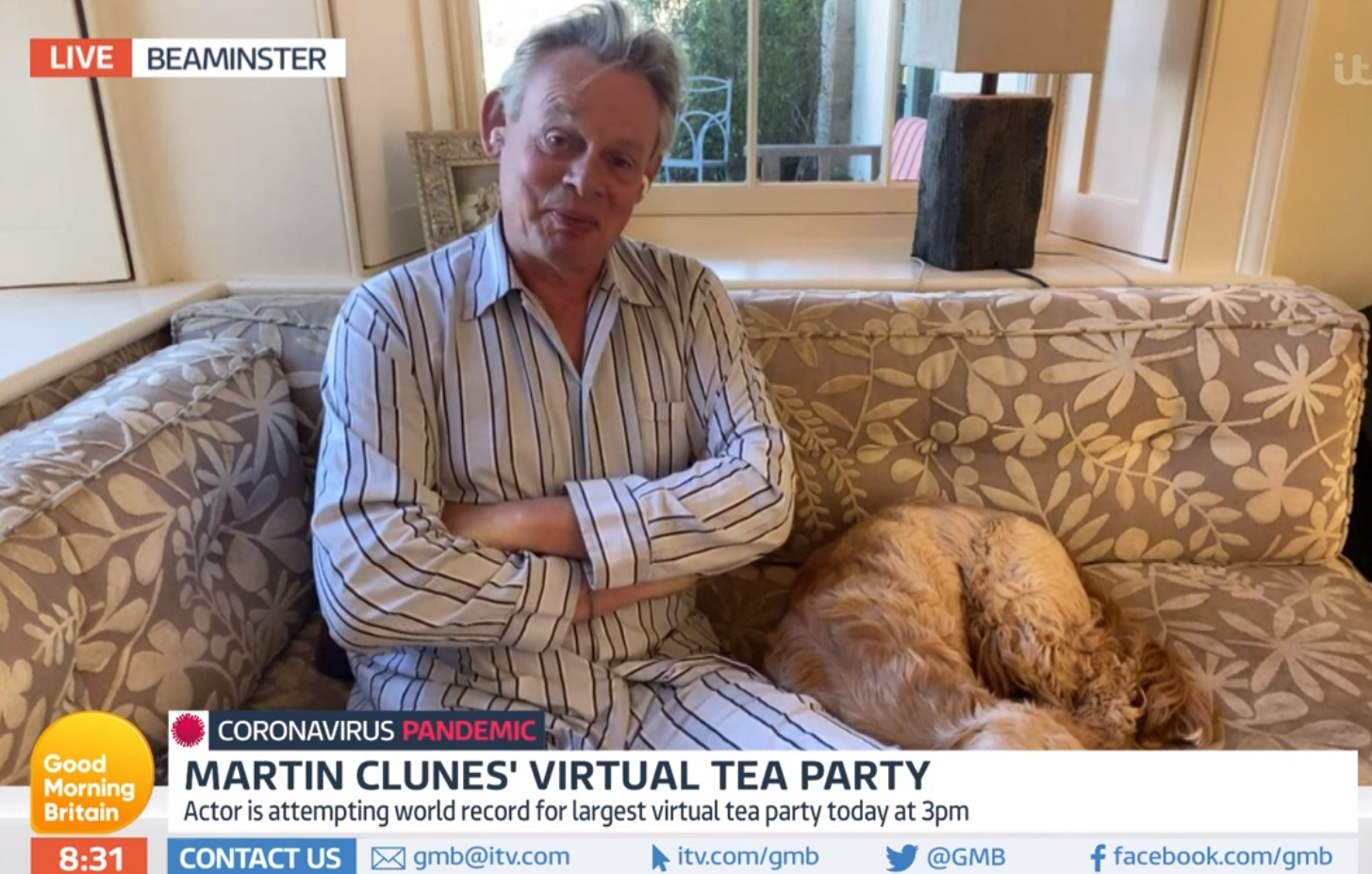 Martin was on the breakfast show to discuss his attempt to break the world record for the largest virtual TV party at 3pm today.

And host Piers Morgan couldn't resist questioning him on his attire of striped blue PJs as the interview drew to a close.

The host asked: "I have to ask, are you wearing your pyjamas?!" 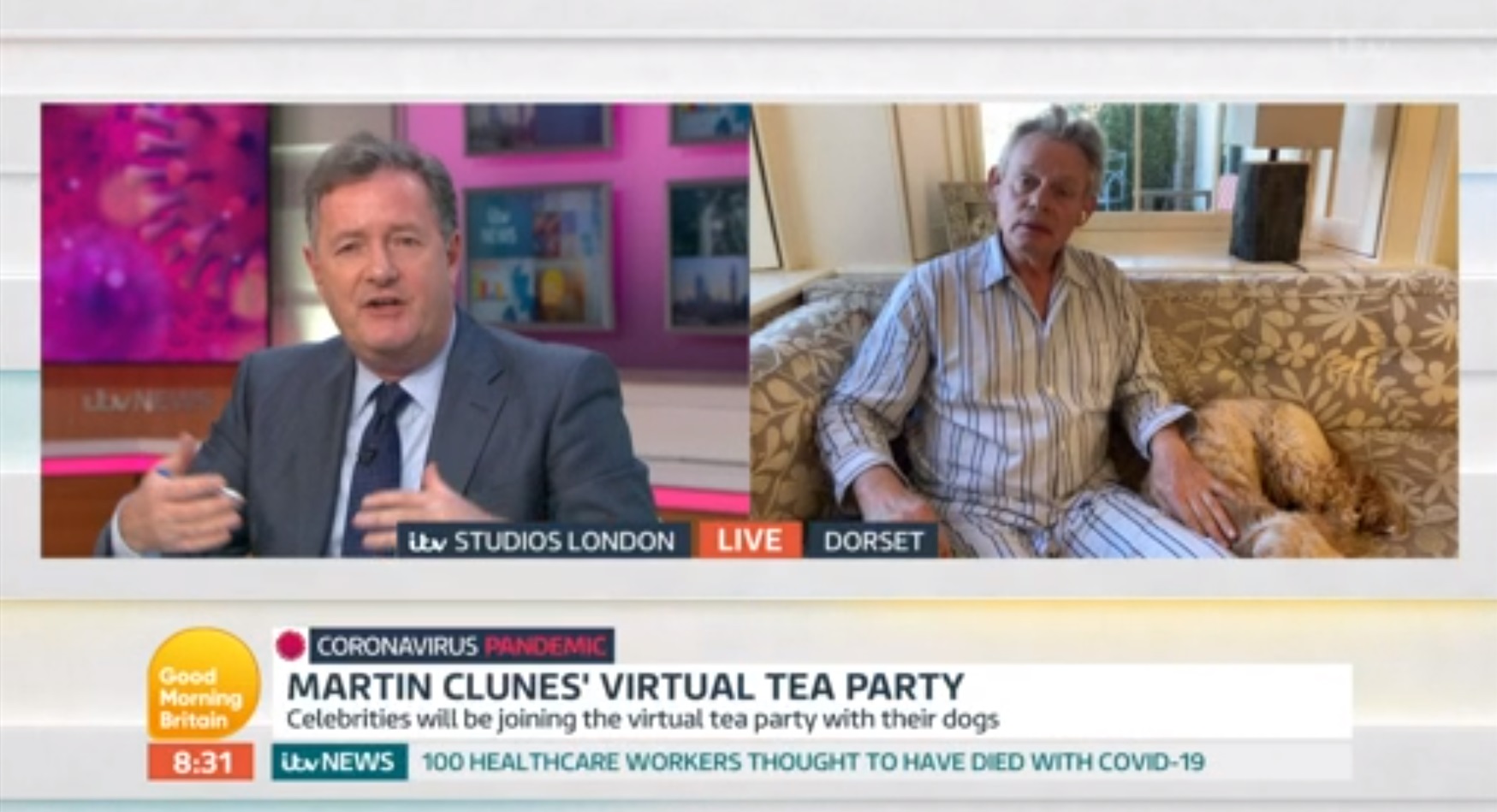 Piers continued: "Did you forget you're on national television or is this a statement of intent?"

The Doc Martin actor explained: "I have no access to the make-up I so desperately need, so I thought you can take me how you find me." 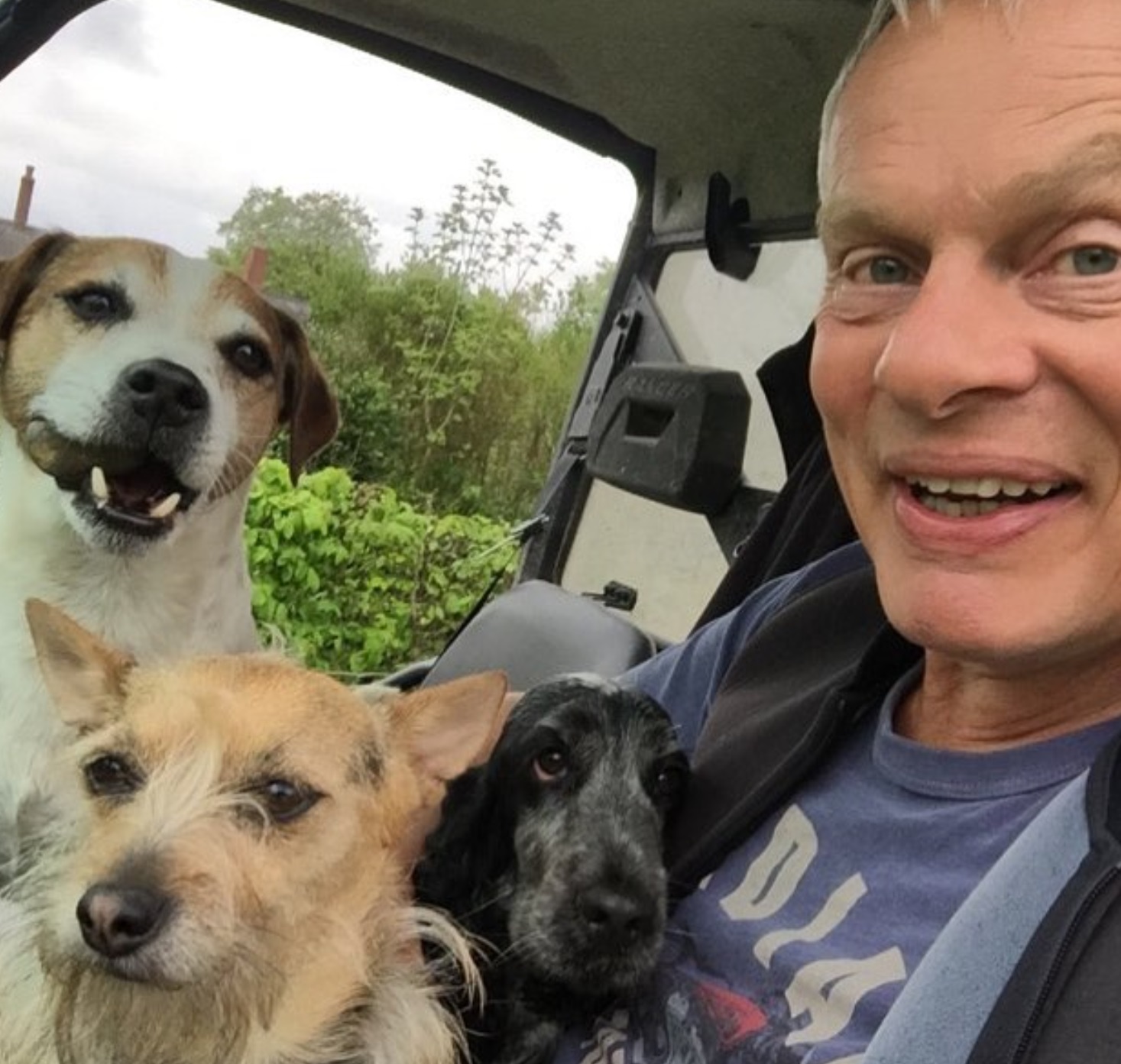 One wrote: "Martin Clunes casually sat in his PJs on morning National TV with dogs strewn over his lap has cheered me up."

Another laughed: "Turning on the TV to Martin Clunes doing an interview in his PJs is all I need today, thanks World."

A third wrote: "Everyone should follow Martin and do their interviews in their PJs."

Martin brought some much-needed comic relief to today's Good Morning Britain, with the interview coming shortly after viewers sobbed as an elderly man broke down in tears during a live chat.

Ken Bembow had appeared on the show alongside his care home worker Kia Tobin, who'd gifted him a cushion with his wife's picture on it.

Ken broke down as he spoke about how much the present had meant to him, leaving everybody watching inconsolable.