Channel 4 baking competition Great British Bake Off returned on Tuesday night for the first episode of the 13th series. Returning to the famous tent were judges Paul Hollywood and Prue Leith alongside presenters Matt Lucas and Noel Fielding. However, Matt’s appearance left viewers distracted as they took to their social media to express their shock.

Kicking off the latest series, the team put on a Star Wars-themed skit which saw Matt take on the role of Luke Piewalker.

Noel played Princess Layer Cake, with Prue as the trusted sidekick of Prue-bacca and Paul as Darth Baker.

Matt began: “Oh nice baps” to which Noel sarcastically replied: “They’re bagels actually. Can you not look at me like that, I am your sister.”

“Oh yeah sorry. Oooh, I feel Darth Baker is close by, what do you think Prue-bacca?” Matt asked. 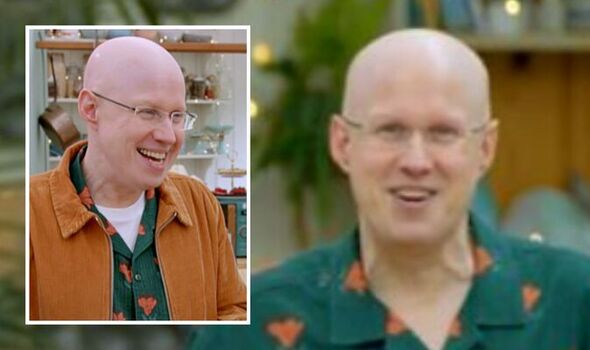 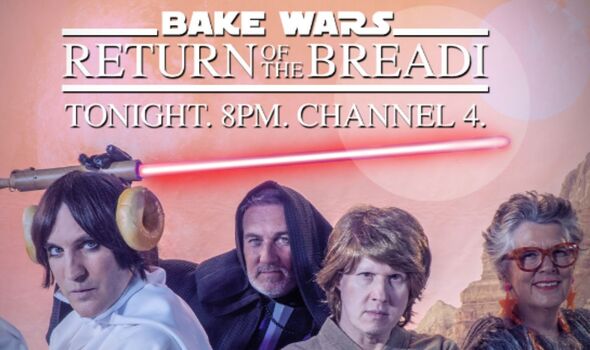 Prue made the iconic Chewbacca sound, to which Paul made his debut as the baking version of Darth Vader.

Letting out the deep breaths of Darth Vader, Paul joked: “I shouldn’t have taken the stairs, I am knackered.”

Noel joked: “Too many lemon drizzles mate,” before a make-shift R2D2 rolled in to deliver a flan in which Matt teased: “I think you’ll be eating that flan solo,” paying homage to Han Solo.

As the new contestants made their way into the tent, Matt and Noel revealed that their first challenge was to make mini sandwich cakes within two hours. 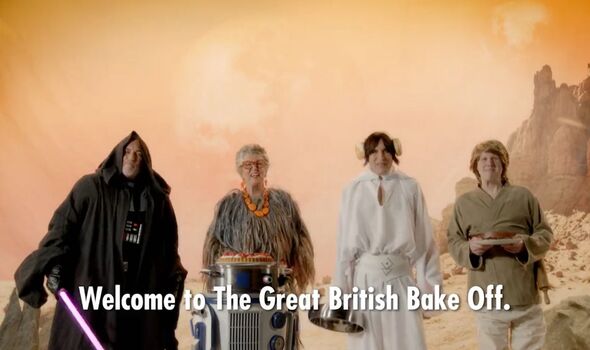 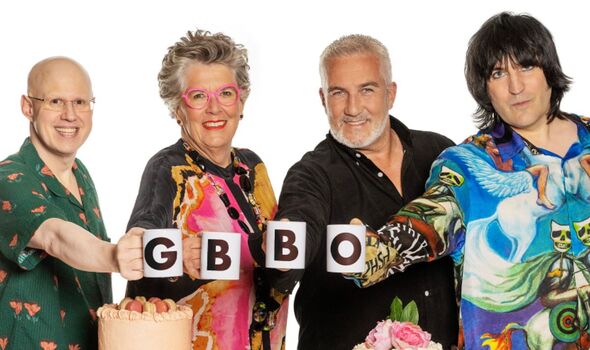 Walking around to help the contestants, many viewers couldn’t help but comment on Matt’s appearance.

Twitter user and Bake Off fan @Bruschetta_Boy commented: “What’s happened to @RealMattLucas Half of him has disappeared! #GBBO.”

@BakingwElliott laughed: “Not Matt Lucas calling out his resemblance to Boris Johnson #GBBO.”

As Chloe Gospel said: “Matt Lucas looking absolutely incredible on GBBO! Glad to see these amazing four back on my screen.” (sic)

Matt has previously opened up about his weight loss journey in a recent interview with Lorraine on her ITV chatshow.

She asked: “How on Earth though, have you been in lockdown and working on Bake Off and you’ve lost tonnes of weight?”

He explained: “I’ve lost some weight, I needed to take the edge off because I put on a lot of weight in lockdown.

“I might have to make a game of it when I go out and exercise to stay out of people’s way. I don’t have a garden so I have to find a way to do that.”

Great British Bake Off airs Tuesday from 8pm on Channel 4.