The Real Housewives of Beverly Hills has had some raunchy moments over the years.

Some of the raunchiest moments include foul language, accusations of drug use, cheating, fighting, broken glass, and debauchery.

Throughout the 10 seasons that have aired, many of the housewives involved in the raunchy scenes and moments remain the same.

Here are 5 of the raunchiest moments on The Real Housewives of Beverly Hills and which housewives were involved. 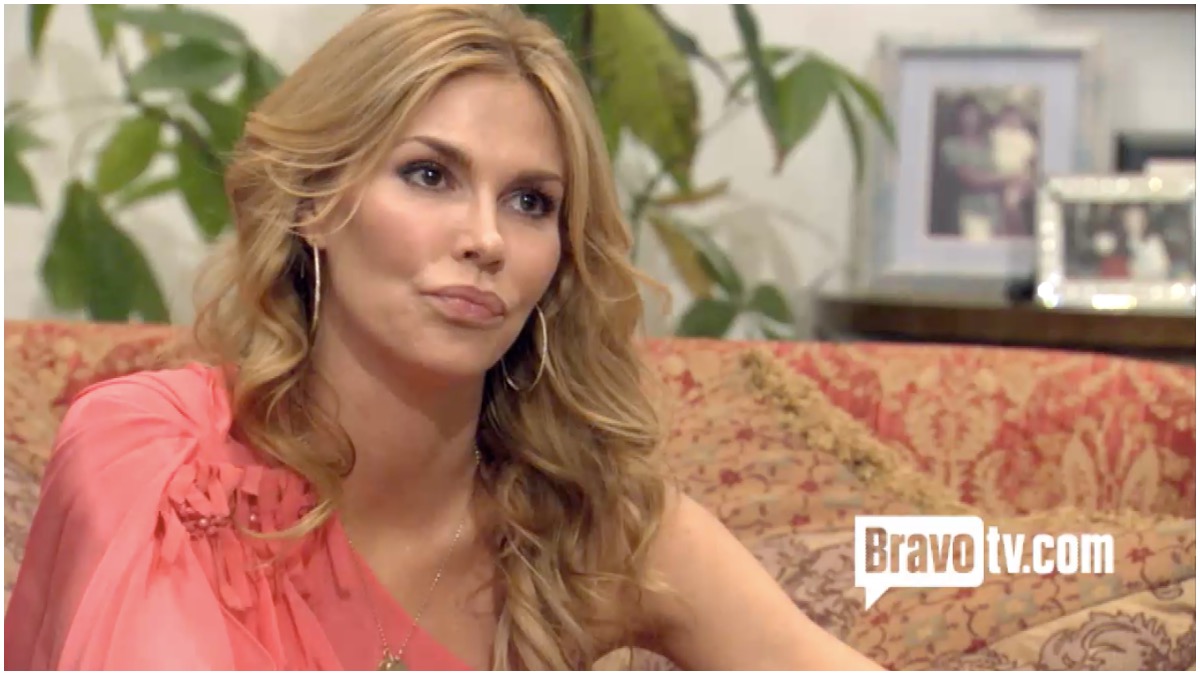 The evening began with the ladies having cocktails and playing charades, but the night took a turn when the ladies decided to play an IQ game.

When Kyle told Brandi that she was first, Brandi responded, “Perfect. Bring it, b****.”

Brandi then accused Kyle of being b****y for asking her to go first in the IQ game because it implied that she was a dumb blonde. Kyle said that everyone in the room was blonde except for her. After some more back and forth, Brandi mentioned that she heard Kim say she didn’t want her on her team.

When Kyle asked her what she was referring to, Brandi replied, “Maybe you don’t remember ‘cause you’ve been in the bathroom too many times.”

A shocked Kim and Kyle both responded, “Excuse me?”

“Excuse me, what,” Brandi replied before she asked how many times Kim was in the bathroom that evening.

“You know what? You don’t know what you’re talking about. Watch your mouth,” Kyle snapped.

Kim simultaneously told Brandi, “You are a goddamn b****! You know that?”

The women argued some more.

“At least I’m not the one wearing cut-off shorts that show my a**” Kim said.

“So what? It’s cute so it’s fine,” Brandi replied.

“It’s not cute when you’re running around like a little ho,” said Kim.

The women argued some more about the sisters’ comments regarding teammates and Brandi’s son urinating on Dana’s lawn.

Brandi then screamed at Kyle that Kim was “f*****g cracked out of her mind.”

“No she’s not! You don’t know that. Watch your mouth. You do not know that,” screamed Kyle.

The woman kept arguing and Kyle called Brandi trashy. Brandi called Kyle a b****. Both women told the other to f*** off.

More arguing ensued until Brandi blurted out, “At least I don’t do crystal meth in the bathroom all night long, b****!”

Kyle defended Kim as Brandi added, “Don’t talk about my babies! I will f*****g kill you!”

“Don’t ever talk about her like that again,” said Kyle.

It was a very tense spot in Season 2 of The Real Housewives of Beverly Hills.

Let’s talk about the husband 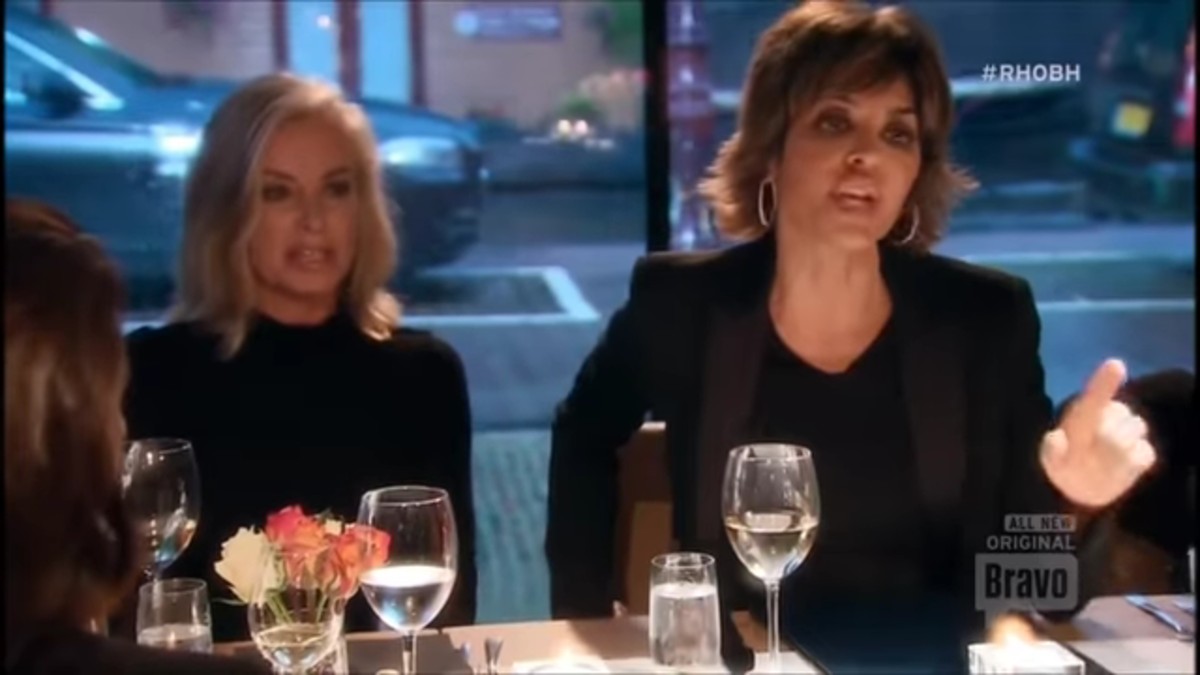 The Real Housewives of Beverly Hills ladies were on a cast trip to Amsterdam when a fight erupted at the dinner table. Lisa Rinna and Kim Richards had a nasty argument in front of all the ladies.

Lisa Rinna brought up Kim’s sobriety issues after Kim repeatedly told Lisa it was none of her business and not to bring it up again.

Lisa replied, “Excuse me? Did you just say let’s talk about the husband?”

“Let’s not talk about what you don’t want out,” Kim responded.

Lisa lunged across the table and reached for Kim’s throat. “Don’t you f****** ever touch my husband,” Lisa screamed.

Lisa stood up, grabbed a wine glass and threw the contents at Kim before she smashed it on the dinner table.

This was a sight to be seen, especially for the innocent bystanders who watched the RHOBH ladies act out of character. 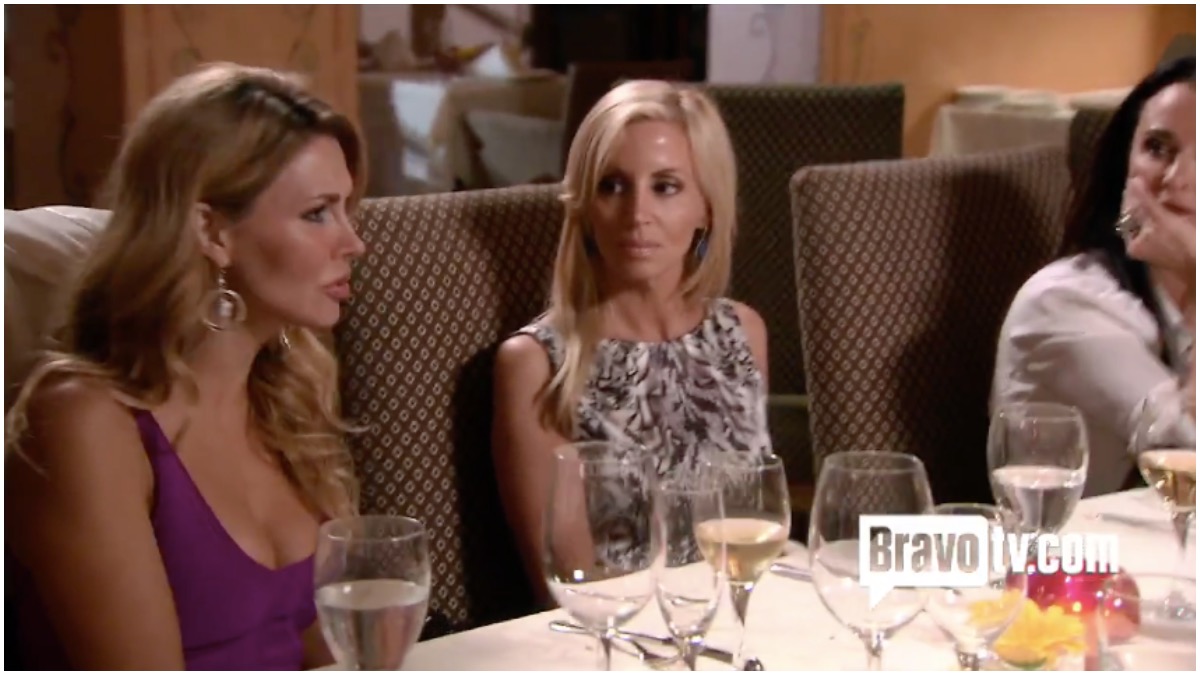 Kim Richards invited the women to a spa in Ojai, California for a relaxing retreat during Season 3. Former adversaries Brandi Glanville and Kim Richards were seated across the table from each other one evening when the ladies went out to dinner.

The women talked about their fight on game night. Brandi apologized to a teary-eyed and newly sober Kim about saying Kim was in the bathroom doing crystal meth on game night.

Adrienne Maloof noticed that Kim was crying and said, “Oh, oh. Somebody’s crying” from the opposite end of the table.

“Call it out,” snapped Brandi.

Adrienne responded, “What does that mean? Call it out?”

“That means shut the f***k up,” Brandi yelled across the table.

Kyle Richards was the first to act shocked at what came out of Brandi’s mouth. How dare she say the f-word at such a posh event? 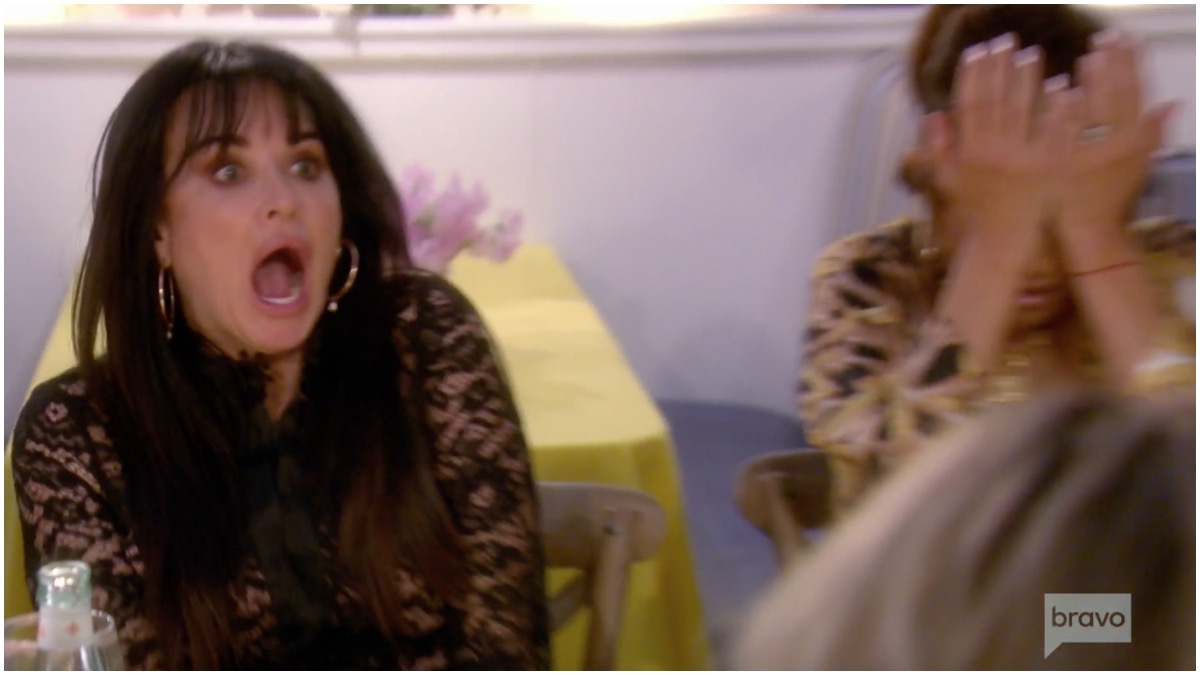 Brandi Glanville was visiting Kyle Richards one evening when she claimed to have had sex with Denise Richards. She claimed that afterwards, she learned that Denise was not in an open marriage as Brandi had previously thought.

The former reality star said she was devastated because she was no cheater, having been cheated on in the past herself. Denise denied the allegations on numerous occasions.

The RHOBH ladies wanted to know the truth, and when Brandi attended Teddi Mellencamp’s baby shower, the women questioned her about her alleged sexual rendezvous with Denise.

Brandi whipped out her cell phone and showed the ladies a string of friendly text messages between herself and Denise as the women questioned her more.

After Dorit said that she was inclined to believe Denise, a frustrated Brandi blurted out, “I sucked her f****** c***, okay?!”

The Brandi and Denise alleged affair was a huge part of Season 10, ultimately leading to Richards leaving the show following the reunion taping. 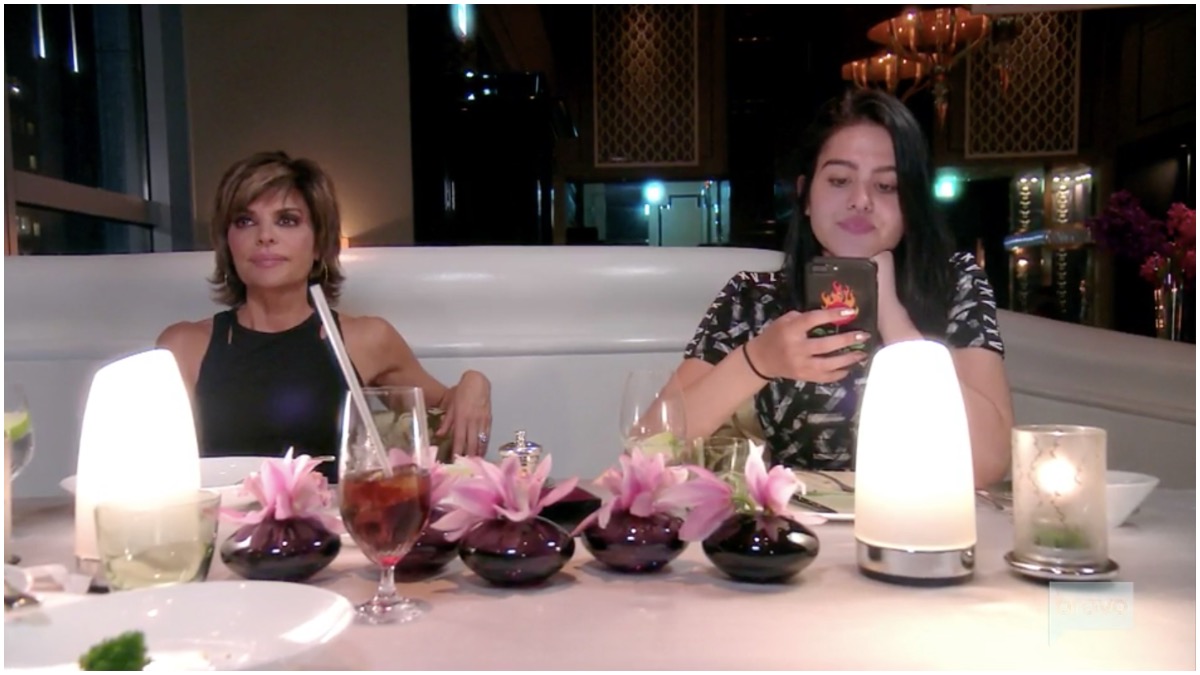 Lisa Rinna was having dinner with Erika Jayne and her two teenage daughters when Delilah Hamlin announced that she learned how to perform oral sex from her mother’s sex book.

“I’m not gonna lie but like your sex book like, taught me…It just teaches you…I don’t do that… And I was like 12 when I saw this. It literally teaches you how to give head,” she said.

Lisa didn’t seem too concerned that the young ladies learned about oral sex from her sex book at 12 and 10. “If you’re gonna learn it, you better learn it right,” said Lisa.

“I don’t know if I wanted to learn it from you,” replied Delilah.

In her confessional, Lisa demonstrated a sex act for the cameras after reading a passage from her sex book.

“You can create a deep throat sensation without taking the entire penis. This move also prevents gagging,” Lisa giggled.

There’s nothing more awkward than learning how to perform sex acts from your mom, right?

After 10 seasons, some of the raunchiest moments still come back to haunt some of the housewives.