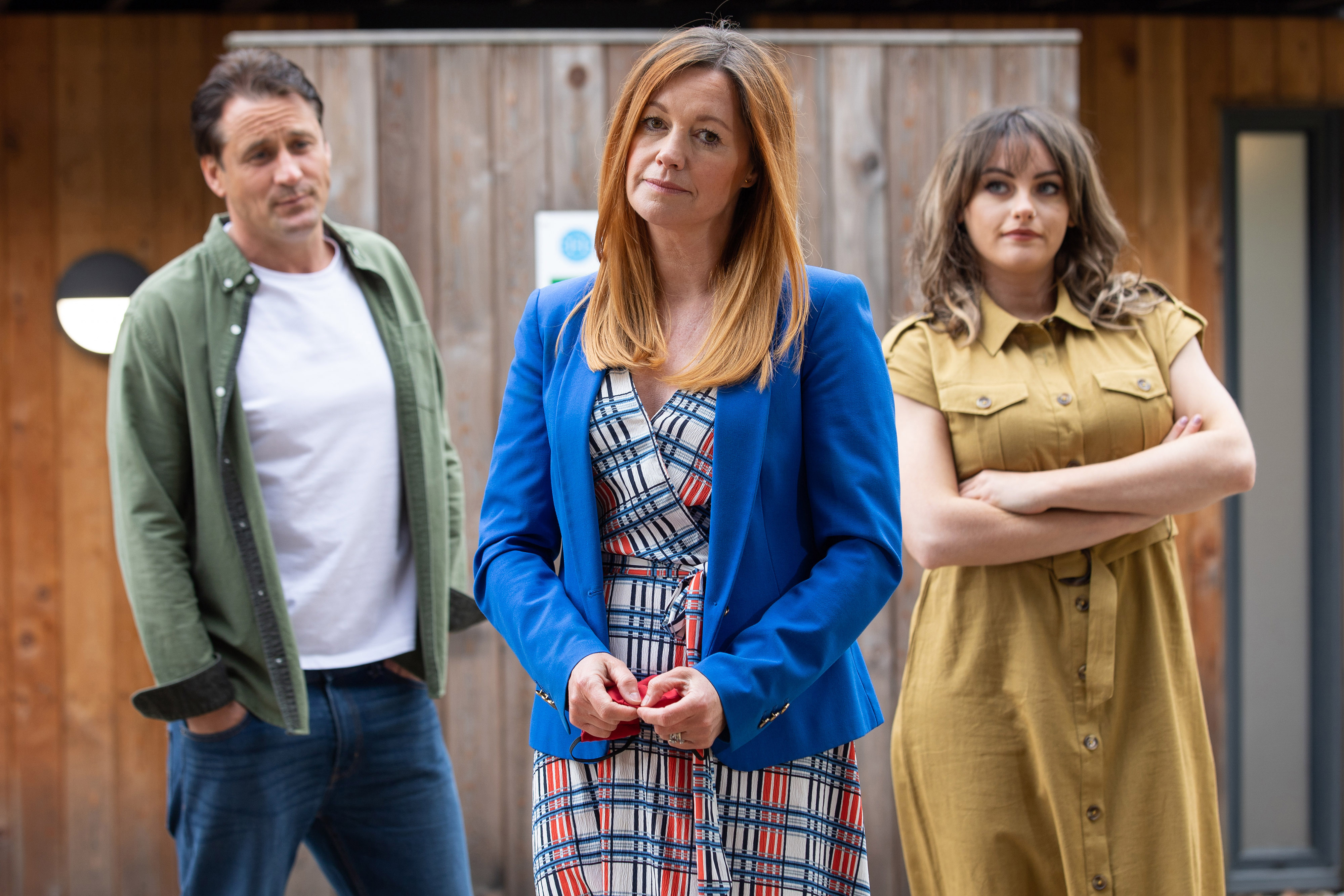 Diane has been struggling with her mental health in recent months, and next week, she continues to hide the true extent of her OCD from husband Tony (Nick Pickard).

Tony, however, gets wind of the fact that Diane has been missing hospital appointments to check her blood pressure, and he’s perturbed to say the least.

Yes, as Diane heads to the hospital, she encounters Becky, who invites her for a walk.

Diane, thrilled to have an excuse to avoid her hospital appointment, accepts her offer, and she soon confides in the young woman about the fears she has surrounding the safety of her children.

And Becky soon opens up too.

However, there is evidently more to this mysterious newcomer than meets the eye, and later she lets slip to Tony about how Diane didn’t go to her appointment.

What she’s up to remains to be seen, but towards the end of the week, viewers will see first hand just how potentially dangerous this newfound friendship could be for impressionable Diane.

Tony, however, is full of praise for Becky, and he thanks her for spending time with Diane, admitting that she is fragile at the moment.

But will Becky be taking advantage of that fragility?

We’ll have to wait and see!

Actress Katie, who played Sinead Tinker on Corrie, couldn’t be more excited about her role in the Channel 4 soap.

‘When I first read the script, I knew instantly that this storyline was an important one, and something that I could really sink my teeth into,’ she said.

‘I’m so excited for everyone to meet Becky and am thrilled to be working alongside the amazing cast and crew of Hollyoaks, especially the show’s producer Lucy (Allan), who I previously worked with at the beginning of my acting career on Waterloo Road – so it’s lovely to be working with her again 10 years on.

‘The whole team couldn’t have been any more welcoming so far and I’m hopeful the story will have an impact on the viewers as it covers some extremely current and important issues.

‘I’m super humbled to continue doing the work I really love and hope everyone enjoys watching it all unfold on screen as much as I’ve enjoyed filming it so far.’