Home » TV and Movies » If Charlie Cox Isn't Playing Daredevil Again, Many Fans Would Rather Not Have Daredevil Back at All

If Charlie Cox Isn't Playing Daredevil Again, Many Fans Would Rather Not Have Daredevil Back at All

The old saying goes that if you can’t say something nice, don’t say anything at all. Marvel fans are taking that motto and changing it to, “If you can’t bring back Charlie Cox as Daredevil, don’t cast anybody.”

Rumors have been floating around for months that Daredevil, or at least Matt Murdock, would appear in the MCU’s third standalone Spider-Man movie. Now Cox has come out and said he’s not in the movie, and fans are essentially saying “Check, please.”

What was the rumor about Daredevil? 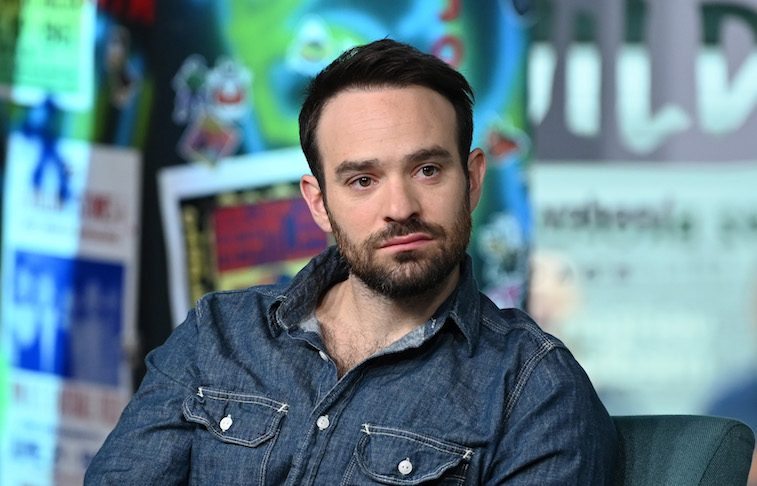 Charlie Cox starred in the very well-liked Daredevil series, which ran on Netflix from 2015 to 2018, ushering in a new era of success for Marvel Television, with other hit series including Jessica Jones and Luke Cage, also on Netflix, and The Runaways on Hulu.

Then, Disney got the idea that they wanted to have their own streaming outlet, which would feature Marvel shows produced by Kevin Feige, the man seen as the driving force behind the wildly successful Marvel Cinematic Universe movies.

While no one was surprised that the Marvel Netflix series went poof, fans were still pained to see their favorites, especially Daredevil go.

So then rumors started circulating that Cox would make an appearance in Spider-Man: Home-something, AKA Spider-Man 3. One of the circulators was director and comics fan extraordinaire Kevin Smith, who said he heard that the Cox appearance was happening.

Smith was in the 2003 Daredevil movie with Ben Affleck, so he would know, wouldn’t he?

What did Charlie Cox say about this rumor?

Smith later walked back his take on the rumor, tweeting, “Perspective: While I, too, hope this rumor is true, please remember that I only talked about it with @marcbernardin on #FatManBeyond after I read about it on the internet, just like everyone else. This means I have no inside info. Much like everybody else, I’m just a hopeful fan.”

Those hopes were dashed late in April when Cox said he was, in fact, not involved in Spider-Man 3. Cox himself told Comicbook.com, “I hadn’t heard those rumors, but it’s certainly not with my Daredevil. I’m not involved in it … If that’s true, it’s not with me. It’s with another actor.”

And that’s when fans on Reddit chimed in with a chorus of “no sale.” To be clear, these fans will definitely see the movie, but they really don’t want anyone but Cox as the Man without Fear.”

How did fans react and what does the future hold?

Putting aside however good another actor might be, some fans never put much stock in the rumors, saying they were overstated gossip. One fan pointed out, “even if this rumor was anything concrete, he legally wouldn’t be able to talk about it until November when Netflix gives Marvel the rights to MCU Daredevil back, so there’s no way he’d answer anything right now.”

Still another fan minced no words about the idea of a Daredevil reboot, saying, “I’m sorry but I just can’t. I don’t care what anyone says. There’s zero reason to reboot the Netflix Daredevil … Daredevil is my favorite Marvel character by a country wide mile and I won’t accept a reboot.”

Another fan added “When Daredevil joins the MCU proper I really hope they don’t recast. He (Co) was perfect. I’d be okay with recasting everyone else but not him.”

To be fair, a one-off cameo in a Spider-Man movie would not necessarily mean a reboot is afoot. Marvel has floated a number of story threads that have ultimately come to nothing, with the short-lived romance between Black Widow and Hulk coming to mind. Even Marvel’s best-laid plans don’t always pan out.