A small minority of I’m A Celebrity… Get Me Out of Here! fans were left outraged after the 2020 series debuted on ITV. Ant McPartlin and Declan Donnelly were seen meeting the ten celebrity contestants for the first time in their new home, the welsh castle. Before the pleasantries were exchanged, viewers had to witness five famous faces throw themselves down the side of a cliff to retrieve theirs and their fellow campmates rucksacks. But for Jordan North it was all too much and he was seen, explicitly throwing up the contents of his stomach.

According to Ofcom, the government-approved regulatory service for television and broadcasting, several sensitive souls complained about this scene.

A total number of 79 complaints were received “of which 37 related to scenes of Jordan vomiting” and “18 related to non-specific animal welfare” despite being aired after the watershed.

Some of the comments online were as follows: “Did they really have to show the vomit though?? #imaceleb.”

“Can someone pls make a petition for tv shows to put trigger warnings before people throw up lmao #imacelebrity,” another remarked. 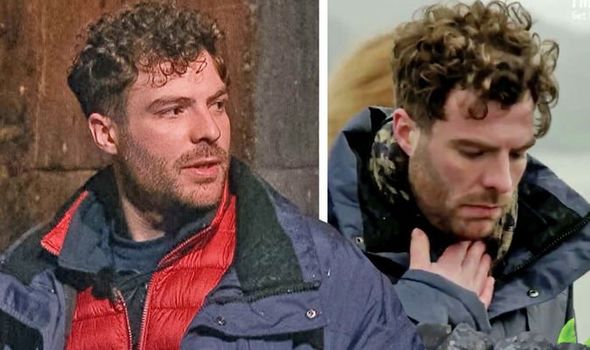 “@ITV will there be any flashbacks to Jordan being sick in tonight’s episode, or indeed does anyone else vomit please? The emetophobic community is suffering after yesterday’s horrifically graphic episode!!” A viewer wrote.

Many of the morning shows which discussed Jordan’s abseil, blurred out the vomit when they replayed the clip.