James Martin, 47, is best known for creating delicious recipes and dishes, regularly giving demonstrations to help viewers on his Saturday morning programme. However, he also makes appearances on This Morning during the cooking segments and during the current lockdown, he has been a very familiar face on the ITV show. His most recent stint left those watching at home very confused as they wondered how they would be able to replicate what he was doing.

Speaking from his home and being a world-renowned chef, James was ready and waiting to make the popular Italian dish with a fiery pizza oven on show.

The culinary genius wanted to explain to viewers how they could create the Pizza Express margarita in particular.

To make this, however, those watching at home were told they would need a specific type of canned tomatoes only bought online and a pizza stone if they didn’t have the specialist oven he was using.

Taking to social media, avid amateur cooks slammed the chef as they stated he was “out of touch” with how they were having to cope at home in light of the lockdown. 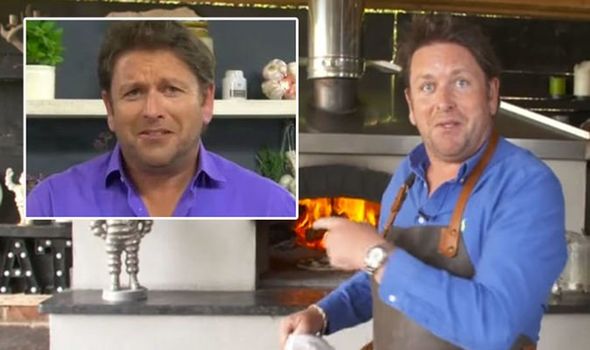 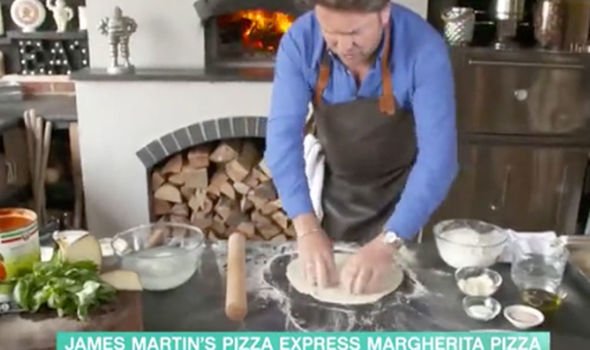 One posted on Twitter: “James Martin is so out of touch with the British public, it’s unreal. Sure, global pandemic but why not buy a big bit of stone and tinned tomatoes from Italy. I’m sure the delivery drivers will be happy to put themselves at risk for you to have your ponsey pizza. #ThisMorning.”

Another added: “Thanks James Martin. Will Definitely fire up the wood fired pizza oven I have in my flat to do this immediately #ThisMorning.”

Whilst a third commented sarcastically: “Oh yeah #JamesMartin…I’d gladly make that if I had a purpose built, rustic Pizza Oven at home #ThisMorning.”

“Thanks James Martin. I’ll just pop that in my pizza oven [in] my garden after I’ve been shopping for those tomatoes!!!!! #ThisMorning,” a fourth remarked. 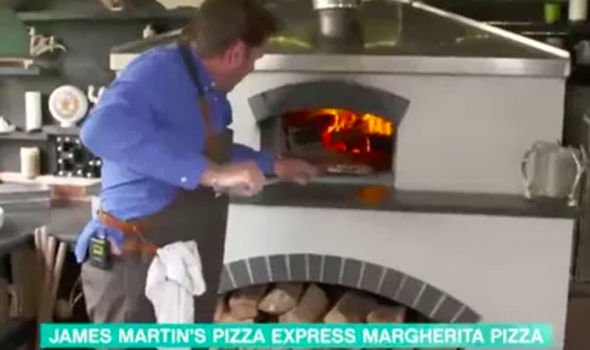 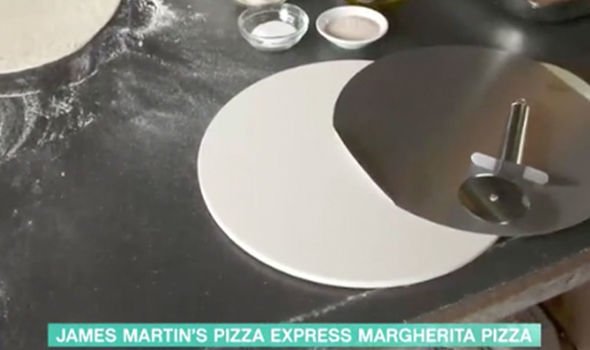 Talking in-depth about the ingredients needed for the classic Italian dish, the chef explained: “The basis of it is crucial,” adding Tinned Mama Sowa tomatoes were the best to cook with.

James did appreciate not all those watching at home would have access to the pizza oven like his and therefore, did suggest an alternative.

“At home, a pizza stone is the key. Key to that is to get the oven really, really hot because the stone is the crucial bit.

“Over in Naples, what they do in that restaurant, is they cook it on volcanic stone,” he said, showing there were alternatives to his demonstration.

Home of the best pizzas in the world

“I think it’s the home of the best pizzas in the world. That part of Italy in Naples, San Michel where you have to queue for about two hours for a pizza and they do two pizzas.

During the same instalment of This Morning, the chef also left hosts Phillip Schofield, 59, and Holly Willoughby, 39, in hysterics after he failed to hear a question correctly.

With James speaking to them from his home, the presenters were intrigued by the rather big clock hanging on the back wall of his kitchen.

“How big is the wall behind you? How big is that clock?” Phillip asked, which led to a rather confused reply.

“Sorry? What was that? There is a delay in my ear piece you see.. couldn’t believe what you said there.”

Back in the studio, the hosts were in fits of giggles, to which Holly added: “That’s where Big Ben is.”