Kate, the Duchess of Cambridge continued her family’s tradition by taking a series of new photographs to mark Prince George’s seventh birthday on Wednesday. The photos show the future king smiling at the camera and showing off his gap-toothed smile as he enjoys some time outside Anmer Hall earlier this month. But the outift George is wearing in one of the snaps appeared to be a nod to the prince’s father, Prince William, who was once pictured in a similar ensemble.

George can be seen sporting a green camouflage shirt reminiscing of a uniform William was seen wearing in a series of pictures taken in 1986.

GMB reporter Lorna Shaddick said: “The future king looks really happy, a lovely happy-tooth smile. Quite a casual style from the Duchess, bit of a contrast to those Victorian-style outfits we used to see Prince George in when he was a toddler.

“We see him in a polo shirt and then, in a second picture, wearing a camouflage, sort of military style t-shirt.

“That might be a bit of a nod from the Duchess there to a photo that was taken of princes William and Harry when William was four and Harry was almost two at Highgrove.” 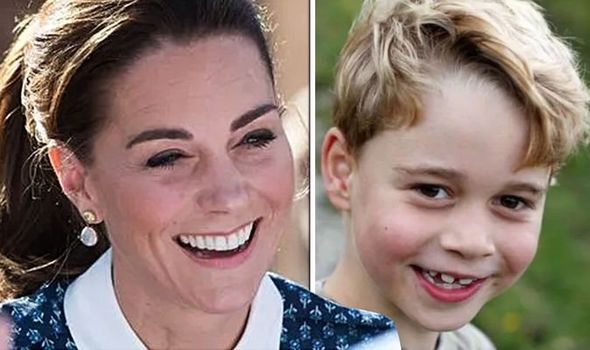 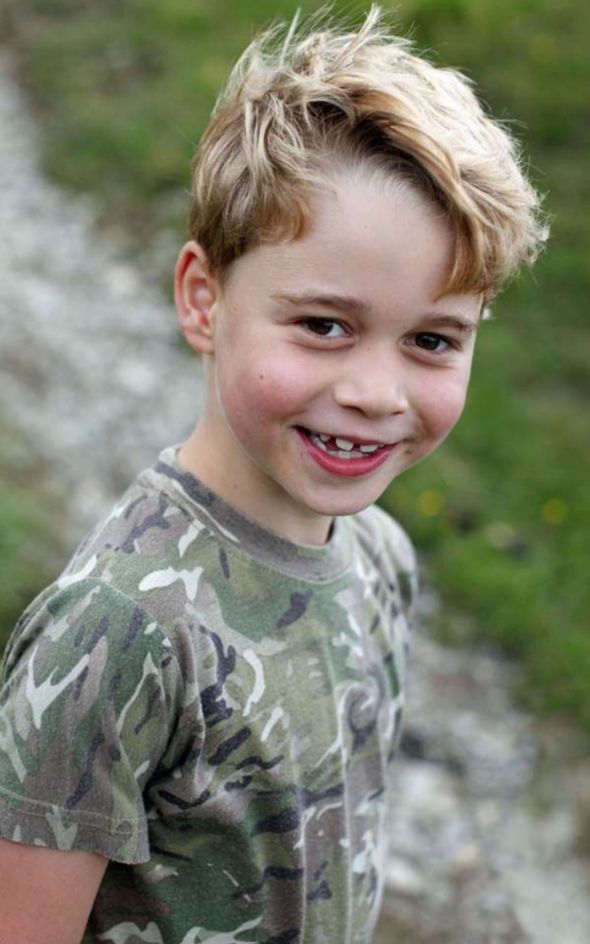 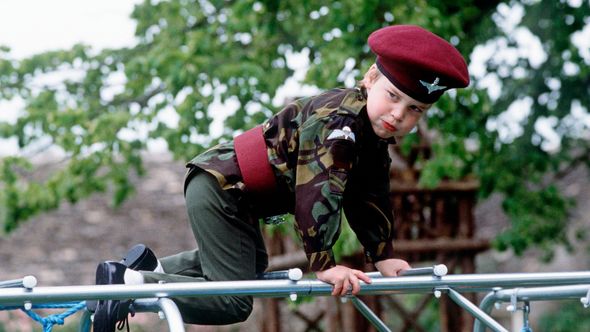 Ms Shaddick continued: “They were wearing military uniforms in that picture taken in 1986.

“But the Duchess really carrying on that casual style that we saw last year when Prince George celebrated his sixth birthday and we saw him wearing his England football top.”

While relying on official photographers earlier on, Kate has taken to personally snapping official pics of her family to mark special occasions.

She has shared a series of lovely pictures of Princess Charlotte volunteering while in lockdown for her fifth birthdat in May, and earlier took shots of Prince Louis covering himself in paint while painting a rainbow picture in honour of the NHS.