KATE Wright has been inundated with offers to make a TV show charting her pregnancy with her first child to husband Rio Ferdinand.

After revealing she was expecting their baby last month in a video that was posted online, it sparked a bidding frenzy among production companies. 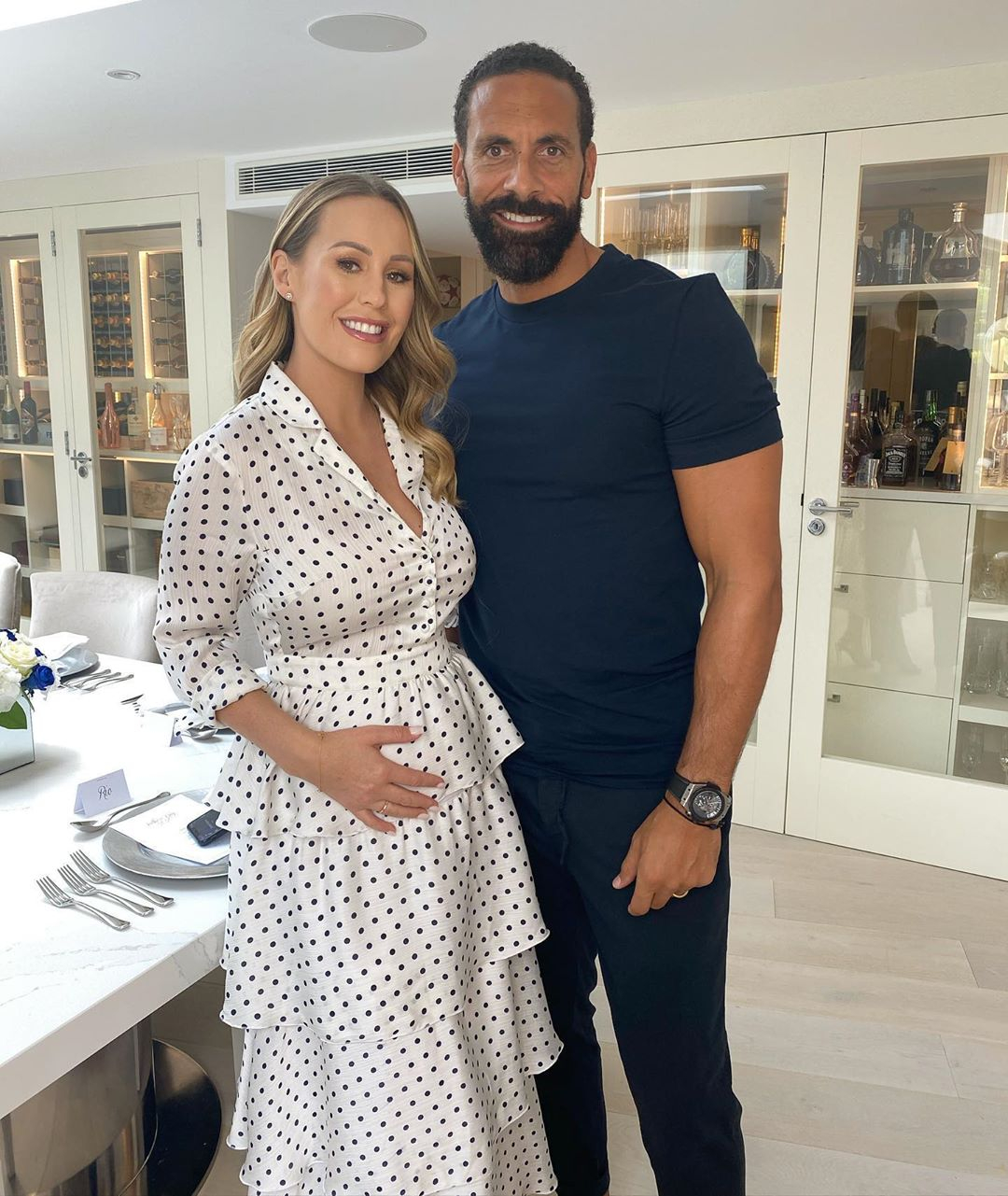 Kate married Rio in 2019, four years after he tragically lost his first wife, Rebecca, to breast cancer when she was just 34 years old.

The footballer’s bid to rebuild his life, and that of his three children, has already been the subject of two acclaimed documentaries.

And now the public are fascinated by the latest chapter in the Ferdinand family’s story.

A TV insider said: “Kate is in huge demand and she’s had production companies begging her to come on board. 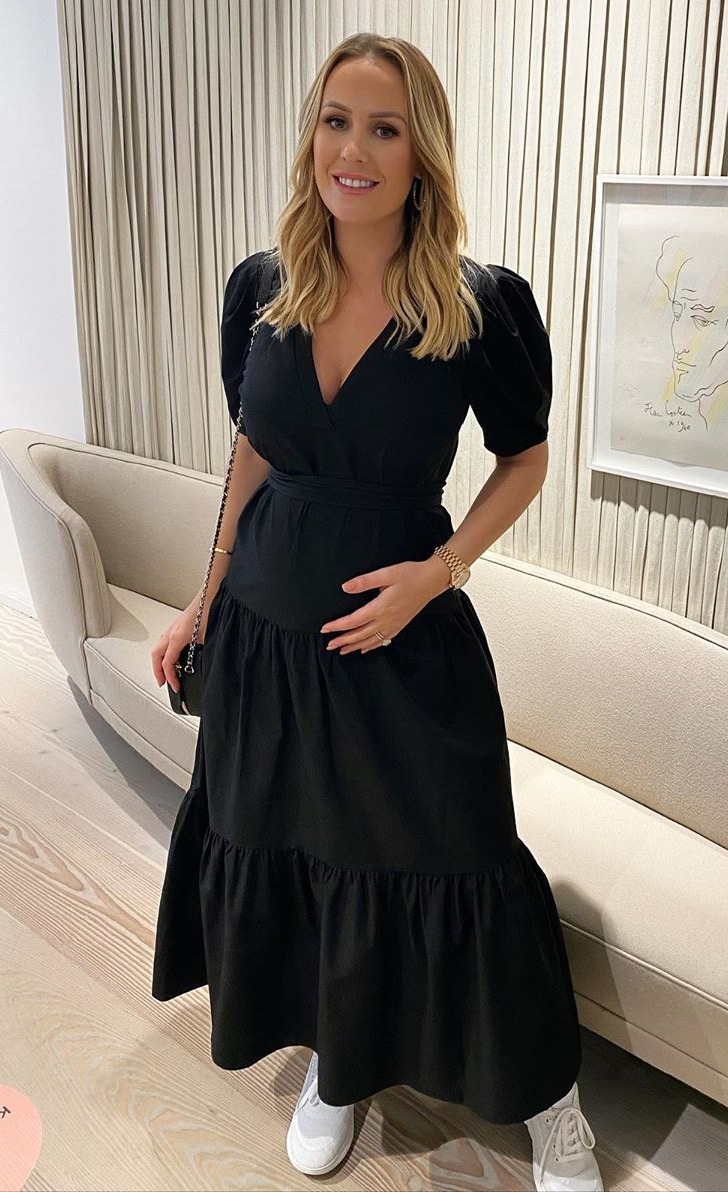 “Her team are sorting out meetings to see what would work best for Kate.

“ITV and TLC are interested in getting the rights to her show.

“Now she’s pregnant, Kate wants to focus even more on health and wellbeing so any TV show she signed up for would be focused on that. Of course Rio would be up for appearing too.”

The TV pundit and former footballer made BBC1 documentary Rio Ferdinand: Being Mum And Dad, in 2017, which looked at the challenges of coping with the family’s bereavement. 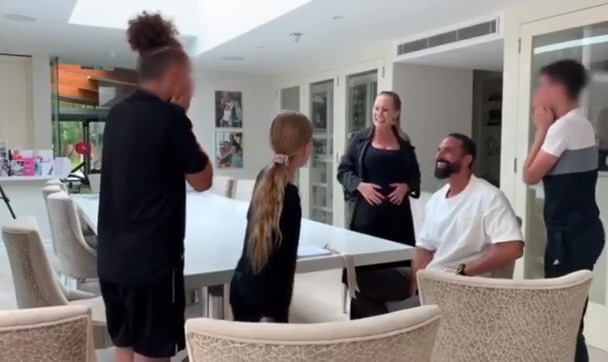 It was followed up by another BBC1 documentary, Rio And Kate: Becoming A Stepfamily.

Kate is also being offered six-figure sums to produce another health and fitness book for pregnant mums — just like her.

Publishers know that she’s so relatable, the finished product would sell like hot cakes.

I think Rio had better get used to having a wife who’s now as famous as he is. 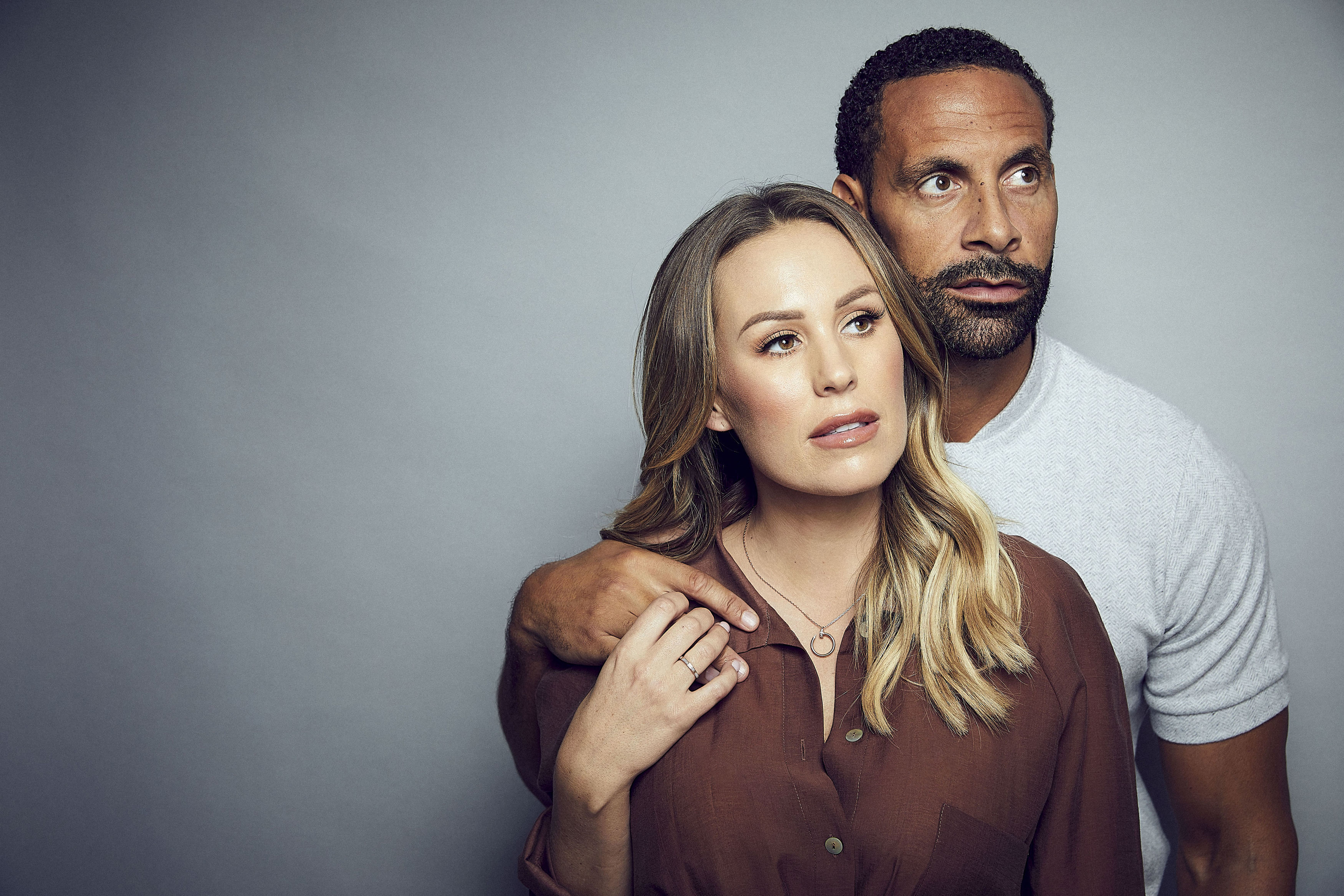 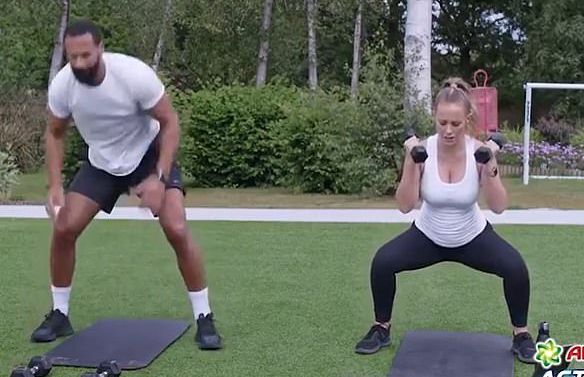 WHY? Jason Manford narrates another look back at the soap’s greatest moments, which this week focuses on the dramatic, tragic and sometimes hilarious weddings.

Jolly Molly is in the lolly

STYLISH Love Island star Molly Smith shows why she was snapped up to collaborate with fashion line, I Saw It First.

She donned the chic outfit for a night out celebrating the six-figure deal for her Along Came Molly range with boyfriend Callum Jones and co-stars Paige Turley and Finn Tapp. 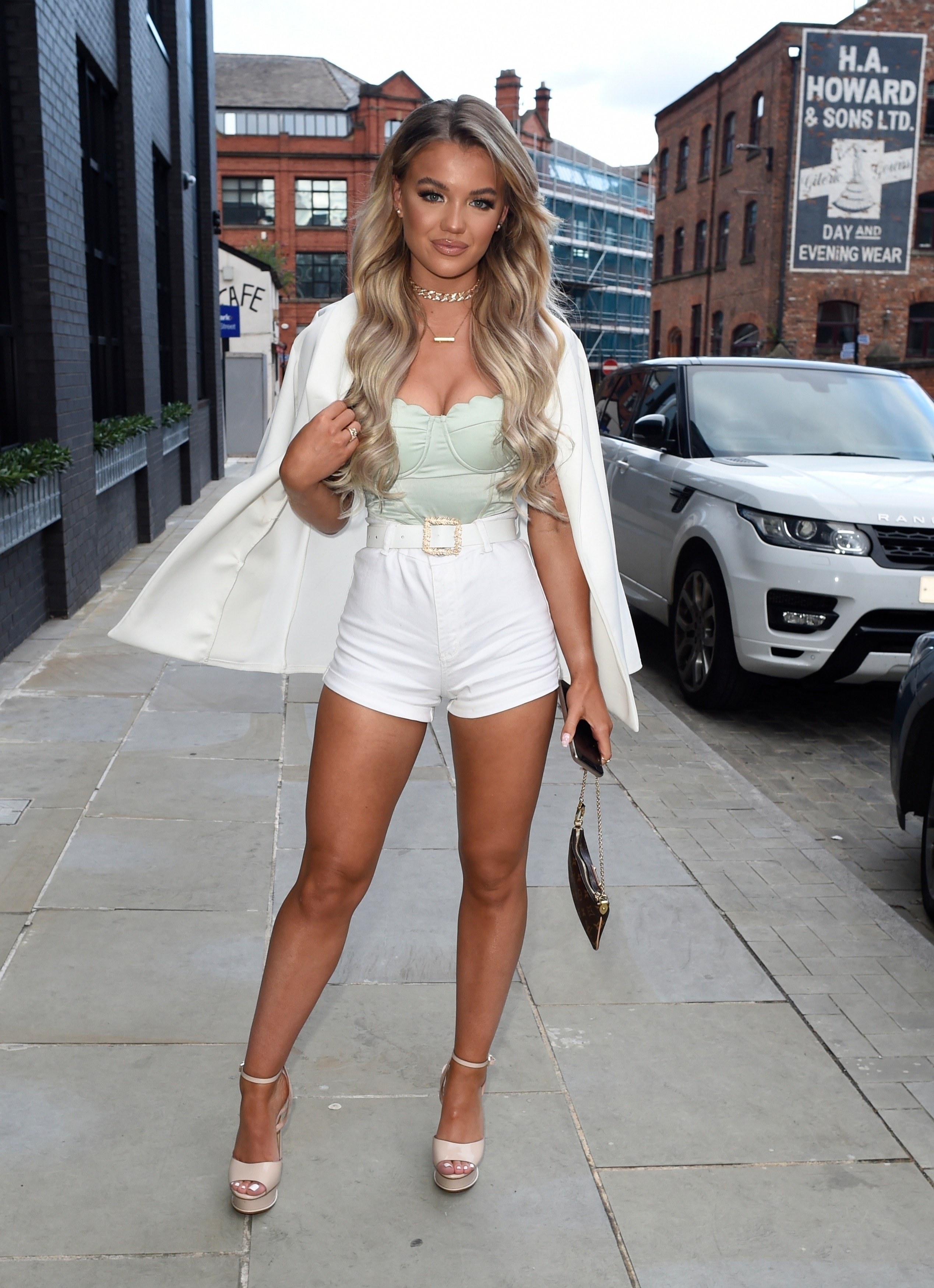 Remarkably, all four left the Dakota Hotel restaurant and bar in Manchester, hand in hand without the usual late night drunken bust-up.

Let’s hope Molly’s new business partnership lasts longer than most of the relationships in the villa. 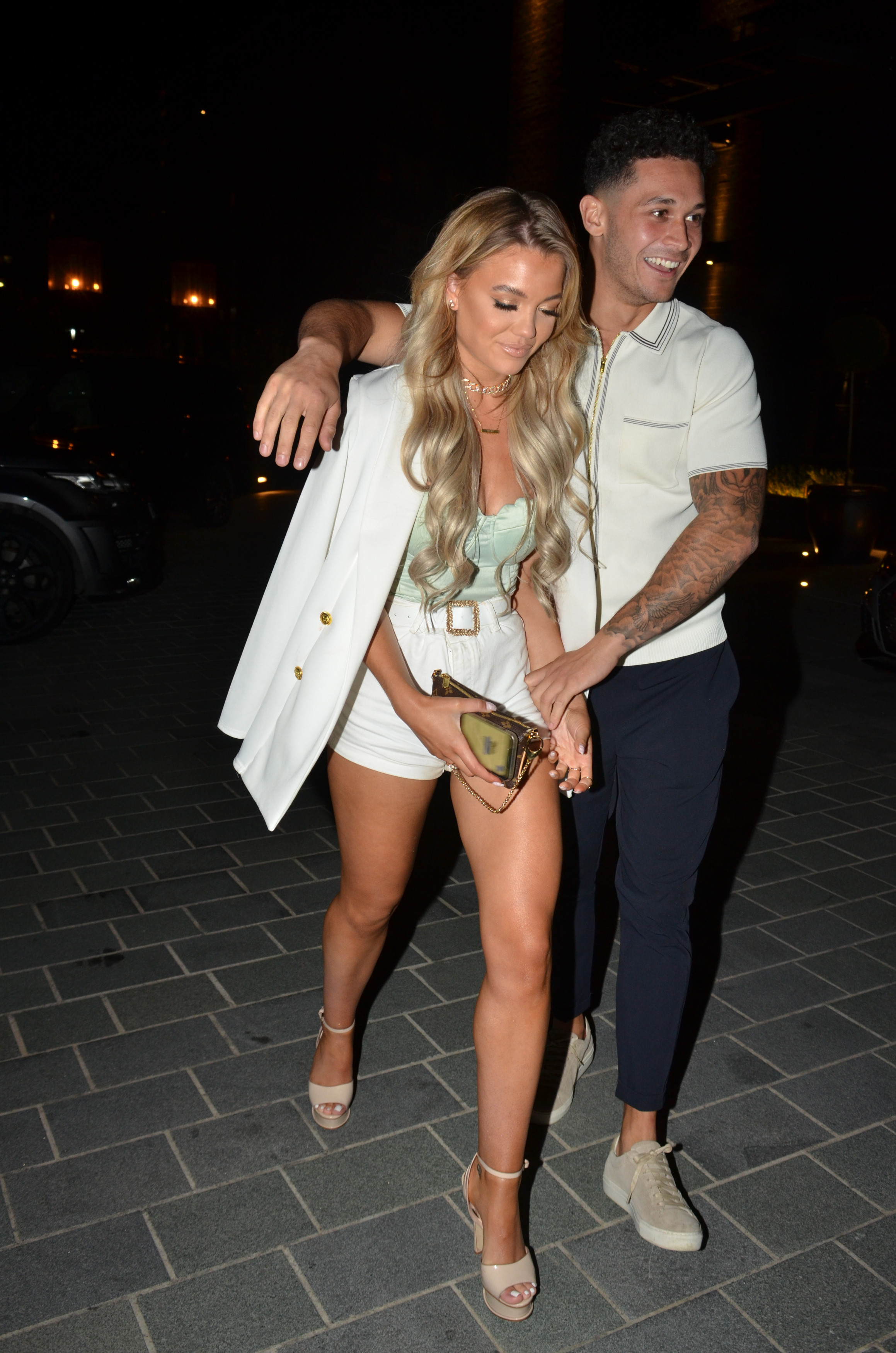 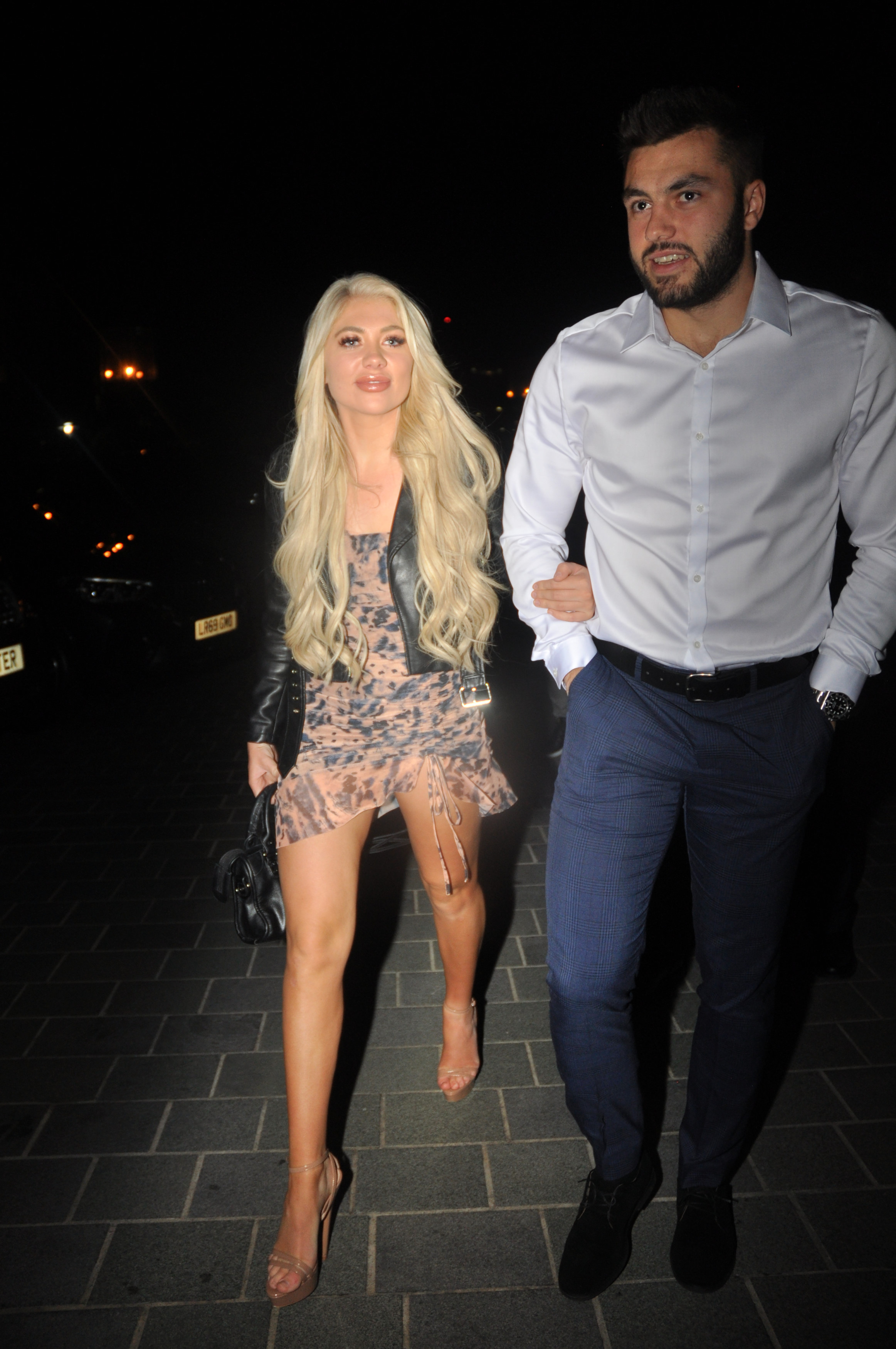 On the EastEnders star’s Pound for Pound podcast, she revealed how he jumped to the wrong conclusion as she texted him saying that she was on a maternity ward. 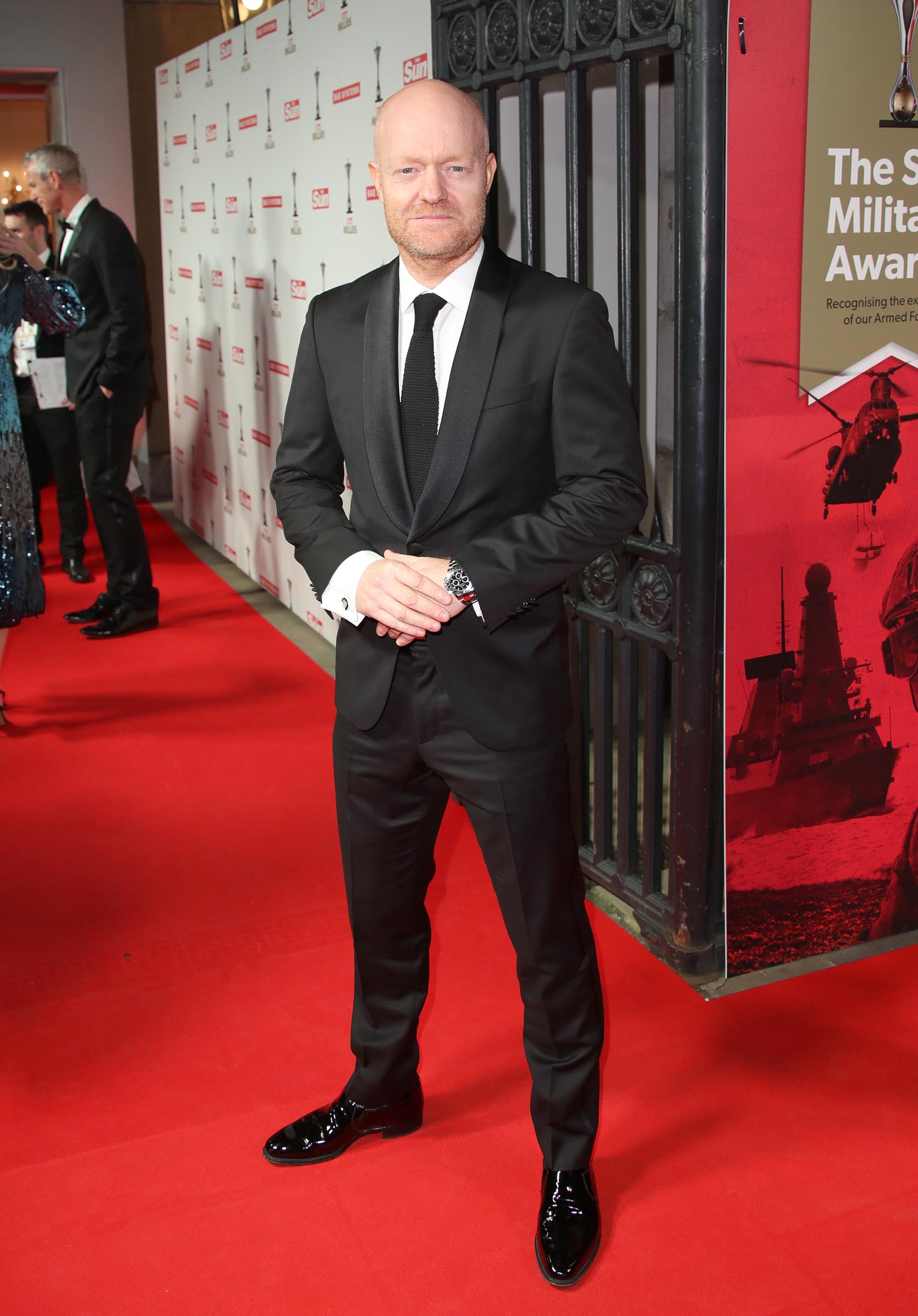 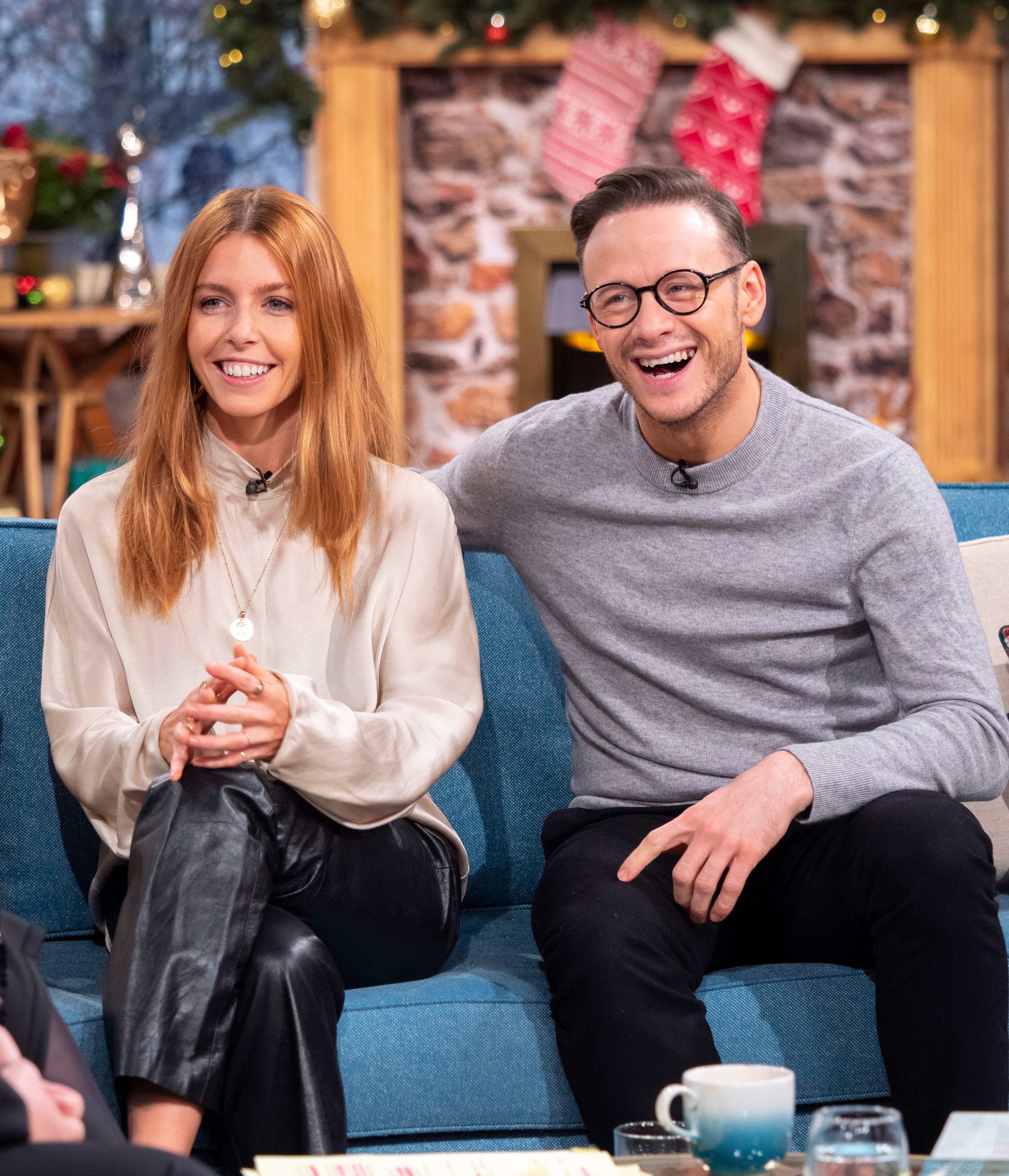 In fact, Stacey was filming a Panorama documentary, due to be broadcast next month, which focuses on medical staff in Bradford delivering babies during the Covid-19 crisis.

LORRAINE Kelly has announced that, from today, she will be broadcasting her ITV show from her own studio.

Coronavirus restrictions forced her to relocate to the Good Morning Britain studio four months ago.

TWENTY-FIVE years of the Spice Girls will be explored in a Channel 4 documentary about the group.

Girl Powered: The Spice Girls will air next year to coincide with the landmark anniversary of Posh, Ginger, Baby, Scary and Sporty releasing debut single Wannabe. 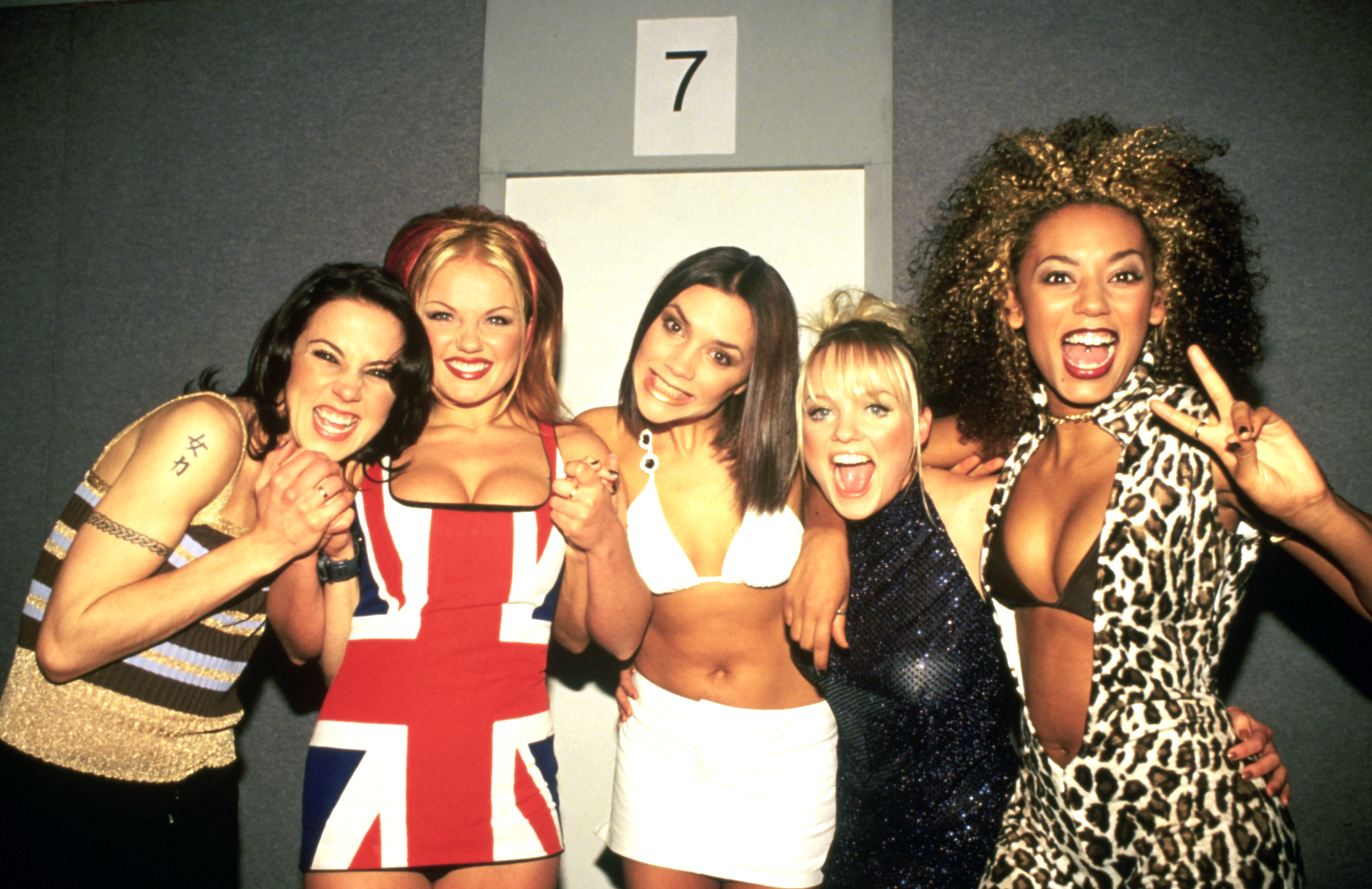 It will delve into hundreds of hours of archive footage as they look at how the Fab Five were born in the ladette culture of the Nineties.

It traces the band’s fortunes and their continuing rallying cry for feminism, right up to the announcement of their world tour in the age of the #MeToo movement.

The documentary is made by 72 Films who last year aired the revelatory look back at the life of Big Brother legend Jade Goody, who died in 2009 from cervical cancer.

WHILE most of us sat out Covid-19 in the comfort of our homes, student paramedics volunteered to help combat the pandemic.

New Channel 4 documentary Paramedics: Britain’s Lifesavers, which starts tomorrow night, follows the West Midlands service as they sent out 550 ambulances a day during the peak of the crisis. 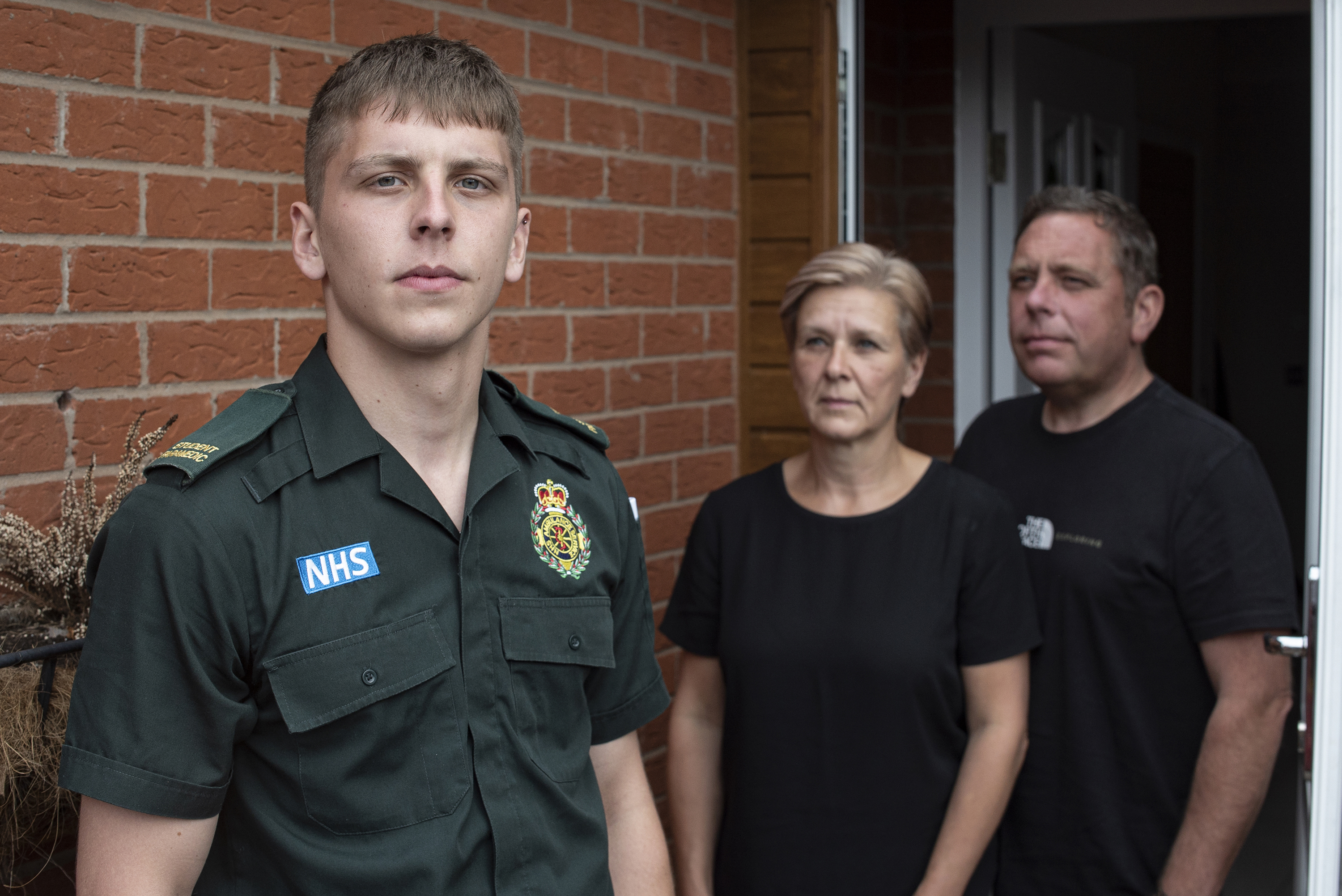 One of the 178 student volunteers was Sam, who admitted he never quite felt safe.

He said: “The risk is always there. Not making sure your PPE is right causes people to contract the virus – and you end up taking it back home to your family.”

I’m glad their hard work is being acknowledged in this documentary.