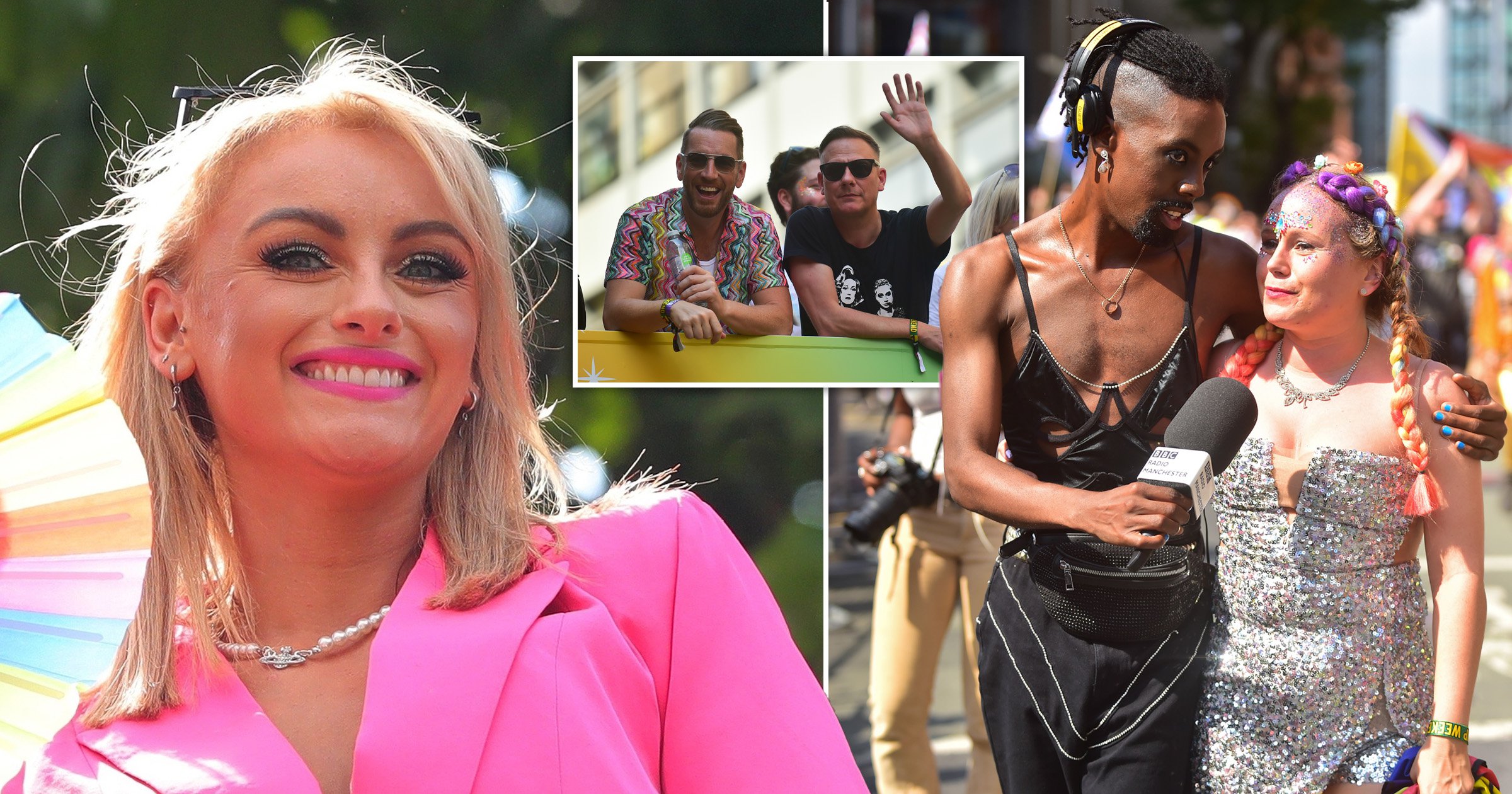 The cast of Coronation Street were in high spirits as they basked in the sunshine at Manchester Pride, as former cast member Katie McGlynn beamed in pink at the celebrations.

This year, Manchester Pride is taking place across the August bank holiday weekend, having begun on Friday August 26 before wrapping up on Monday August 29.

It was previously announced that the theme for the 2022 parade in the city was ‘March for Peace’, in order to emphasise ‘the importance of peace in a world where all LGBTQ+ people are free to live and love without prejudice at its heart’.

With Corrie being filmed on the ITV soap’s set at MediaCity UK in Salford, Manchester, members of the cast joined in the parade, getting into the swing of things with vibrant, sparkly and show-stopping outfits.

Katie, who starred on the programme from 2013 to 2020 before joining Hollyoaks from 2021 to 2022, went full-on Barbie, donning a hot pink cropped jacket and skirt ensemble.

She completed her look with a rainbow fan, grinning from ear to ear at the joy-filled event.

Dolly-Rose Campbell, who’s played Gemma Winter on Corrie since 2014, went all out with her silver sparkly dress, styling her hair with a rainbow of colours and adorning her face with glitter.

Meanwhile, George Shuttleworth actor Tony Maudsley wore one of the most eye-catching tops of the day, wearing a white T-shirt with a muscly torso design on the front. You do you Tony!

Sean Tully actor Antony Cotton looked cool in a pair of dark shades and a black T-shirt, waving at the excited crowds below as he joined the fellow members of the Corrie cast.

At one point, Dolly-Rose was seen chatting to BBC Radio Manchester presenter Jsky, who oozed style in a black, cut-out top and a bedazzled black bumbag.

Peter Gunn, who stars as Brian Packham on Corrie, looked cheerful as he gazed down at the people who’d come out to celebrate Manchester Pride, wearing a flat cap with some sprinkles of glitter on his face.

DJ and radio presenter Clint Boon was also living it up at the parade, gesturing a peace sign at the cameras.

In 2019, Dolly-Rose credited the people of Manchester with helping her feel comfortable to come out as bisexual, telling the Daily Star: ‘I have been coming to pride for over a decade now.

‘The love and acceptance shown by the people of Manchester allowed me to accept my bisexuality and be proud of who I am.’

This year marks 50 years of Pride, so it seems only fitting that Metro.co.uk goes above and beyond in our ongoing LGBTQ+ support, through a wealth of content that not only celebrates all things Pride, but also share stories, take time to reflect and raises awareness for the community this Pride Month.

And we’ve got some great names on board to help us, too. From a list of famous guest editors taking over the site for a week that includes Rob Rinder, Nicola Adams, Peter Tatchell, Kimberly Hart-Simpson, John Whaite, Anna Richardson and Dr Ranj, as well as the likes of Sir Ian McKellen and Drag Race stars The Vivienne, Lawrence Chaney and Tia Kofi offering their insights.

During Pride Month, which runs from 1 – 30 June, Metro.co.uk will also be supporting Kyiv Pride, a Ukrainian charity forced to work harder than ever to protect the rights of the LGBTQ+ community during times of conflict, and youth homelessness charity AKT. To find out more about their work, and what you can do to support them, click here.