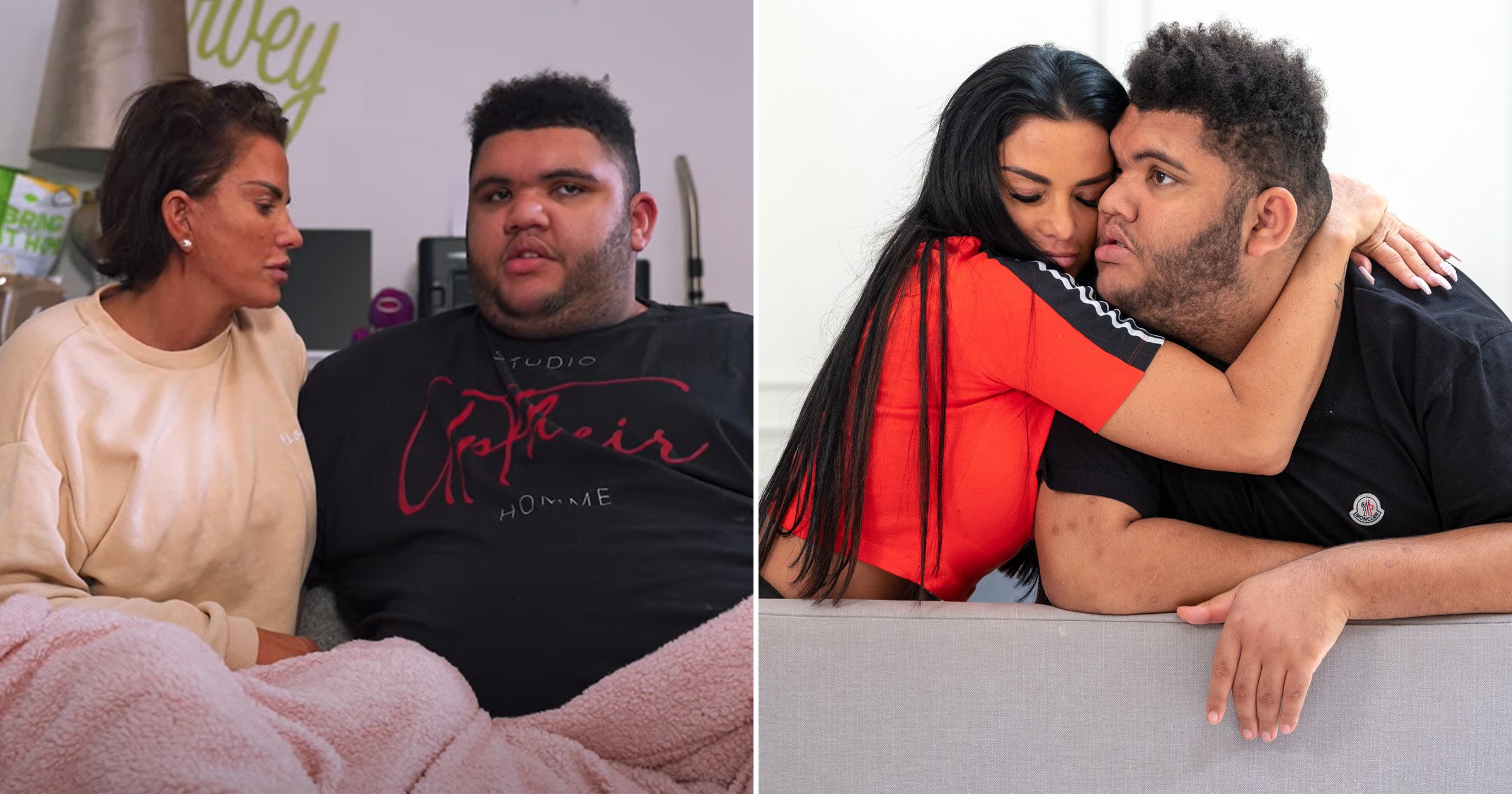 Katie Price has revealed that she only showed a short clip of Harvey having a ‘meltdown’ on their documentary in order not to ‘exploit’ him.

The former glamour model, 42, chose to make a documentary, Harvey & Me, to educate people on Harvey’s disability and how things will change since he has turned 18 years old.

During the film, Harvey was seen visiting potential residential colleges, but began slamming his head into a door and kicking the door at one of the facilities he wasn’t keen on after getting overwhelmed.

Katie told The Sun: ‘He can get a lot worse, but I didn’t want to show him having a massive meltdown.

‘It’s distressing for people watching because he really does kick off. And when he kicks off it’s like, “duck dive, what’s he going to chuck!”

‘But I thought I don’t need to add that in there – I think there’s enough in there for you to see that he is challenging.

‘We took the stance not to exploit him, I didn’t want people to say, “Oh look Katie is using Harvey to cash in.”’

Katie explained that the purpose of the documentary was to help others in the same position and to teach them about what Harvey goes through rather than to make money.

She added: ‘Not everything I do is for money, and this certainly isn’t. This is about educating.’

The documentary, which aired on BBC One and is available to stream on iPlayer, was very well received by viewers, who praised Katie for how well she looks after Harvey and his complex needs.

Harvey was born with Prader-Willi syndrome and Septic Optic Dysplasia and is the only person known to have his combination of conditions.